Walmart has partnered with Microsoft to bid for the US operations of TikTok, the popular Chinese-owned video sharing app that President Donald Trump has vowed to shut down unless it is sold to a US company by mid-November.

The world’s largest retailer said in a statement that it was confident its joint bid with the tech giant would satisfy the Trump administration, which has accused the app owned by Chinese company ByteDance of threatening national security.

Walmart’s interest in the social media platform is a sign of the company’s aspirations to expand online as it takes on Amazon. It could also allow Walmart to better target a more youthful demographic as well as give it valuable data on online consumer behaviour.

Its interest came to light just hours after we revealed that TikTok chief executive Kevin Mayer was quitting his role. Mr Mayer joined TikTok three months ago but is leaving because of the pressure being applied on the company by Mr Trump.

Meanwhile, ByteDance’s founder and chief executive, Yiming Zhang is wondering what hit him. Mr Zhang said on Thursday that the Chinese company was “moving quickly to find resolutions to the issues that we face globally, particularly in the US and India”. (FT, WSJ)

For small family businesses already struggling against retail chains and online giants, Covid-19 threatens to be a fatal blow. Follow our latest coverage on our live blog.

Fed policy shift The Federal Reserve has adopted a new strategy for monetary policy that will be more tolerant of temporary increases in inflation, cementing expectations that the US central bank will long keep interest rates at ultra-low levels. US stocks crept higher and Treasury yields rose, as the yield curve also steepened, following the announcement. (FT)

US-China tensions Mike Pompeo accused HSBC of caving to Chinese pressure in Hong Kong as the US targeted 24 Chinese companies and sanctioned individuals over militarisation of the South China Sea. The head of the UK National Cyber Security Centre warned of an east-west split in internet architecture. (FT, Reuters)

Mike Pence warns America will ‘not be safe’ under Biden The US vice-president touted President Donald Trump’s tough-on-crime approach against the backdrop of escalating unrest in Kenosha, Wisconsin. Mr Trump plans to launch a blistering attack of Democratic opponent Joe Biden in his convention address on Thursday night. (FT, Politico)

Hurricane Laura makes landfall near refining centres The category 4 hurricane struck the US state of Louisiana early Thursday, slamming the Gulf of Mexico coast with winds of up to 150mph and sending walls of seawater miles inland. US oil prices were set for their first loss in four sessions on Thursday. (FT, Marketplace) 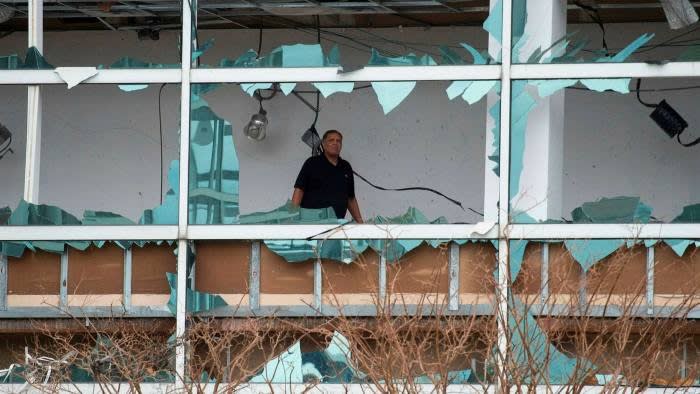 The Capital One Tower, among the tallest buildings in Lake Charles, had almost all of its windows shattered © Andrew Caballero/AFP/Getty

Christchurch shooter sentenced The white supremacist charged with killing 51 people in terror attacks on two mosques in Christchurch, New Zealand, last year was sentenced to life in prison without parole on Thursday. (FT)

Russia ready to deploy police in Belarus Russia has created a reserve police force for use in Belarus on the request of its embattled strongman leader, Vladimir Putin said, warning that he would deploy it if protests in the country turn violent. Separately, Russian police are conducting a preliminary investigation into the apparent poisoning of opposition leader Alexei Navalny. (FT)

NBA considers resuming playoffs after player walkout National Basketball Association players will sit out another night of playoff games in protest against racial injustice and police brutality, although the League said it was hopeful that play would resume by the weekend. (FT) 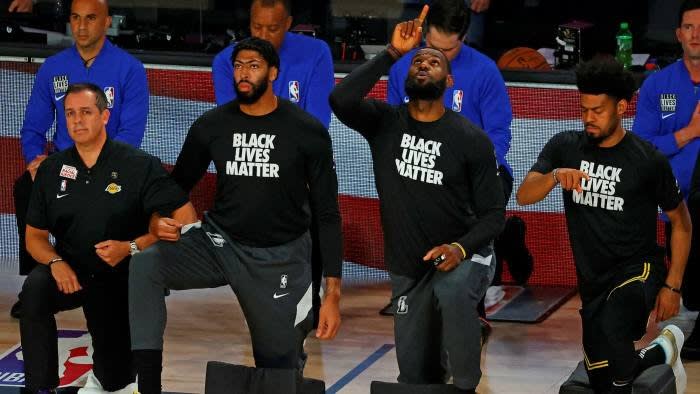 LeBron James, the LA Lakers player who is one of the biggest stars in the NBA, has been a vocal advocate for racial justice © Kevin C. Cox/Pool/AP

Jackson Hole symposium Economists will be keen to hear Bank of England governor Andrew Bailey’s thoughts on the possibility of the BofE cutting interest rates below zero when he speaks on Friday. (FT)

‘Get your knee off my neck’ march in Washington Rev. Al Sharpton, Martin Luther King III and other civil rights leaders will mark the 57th anniversary of the Dr Martin Luther King Jr’s March on Washington with a march at the Lincoln Memorial on Friday. Rev. Sharpton announced the event at George Floyd’s funeral in July. (CNN) 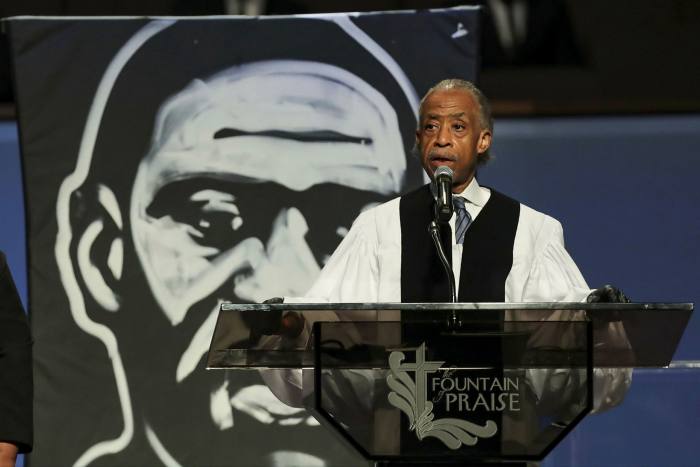 The Rev. Al Sharpton spoke during the private funeral for George Floyd on June 9. © Getty Images

The coronavirus crisis has compounded pre-existing economic pressures around the world. Our FT Series, China’s slowing pains examined the experiences of entrepreneurs, foreign businesses and families already contending with an economic contraction, and was awarded an honourable mention for explanatory reporting by the 2020 Society of Publishers in Asia this week. FT Asia editor Jamil Anderlini’s column “Hong Kong’s ‘water revolution’ spins out of control” was also honoured. 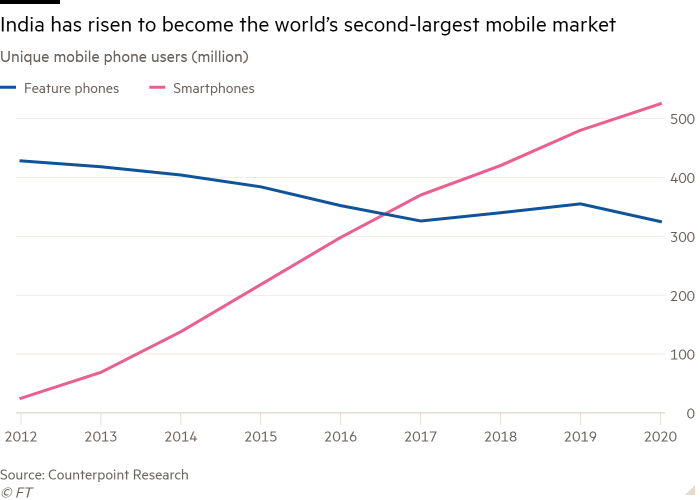 The transformation of Ant Financial Jack Ma’s Ant Group has changed beyond all recognition in the five years since it was first reported to be seeking an IPO. It still dominates mobile payments in China, but instead of competing with the financial sector, it has become a digital supermarket of others’ offerings. (FT)

The future of ‘Abenomics’ After two trips to the hospital, speculation is mounting about how long Japanese prime minister Shinzo Abe will stay in office and whether his reforms will last, writes Leo Lewis. The concern is particularly acute for Japanese companies, their investors and the “Abenomics” narrative of progress. (FT)

Is inclusion backtracking? The scramble to slash costs has raised concerns that diversity and inclusion could be slipping down, or even off, companies’ agendas. Yet businesses with diverse leaderships generate greater revenues from innovation — crucial to weathering a crisis. (FT) 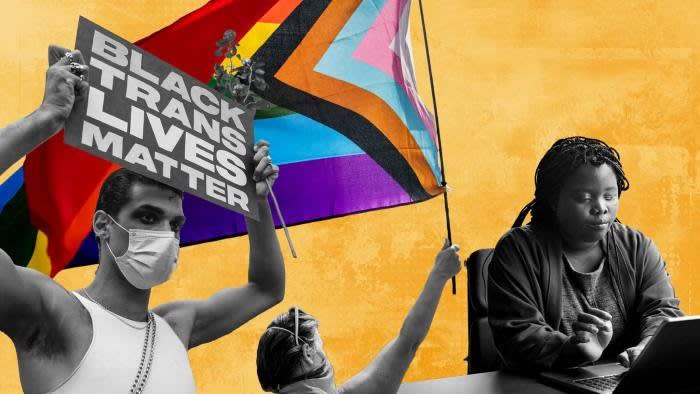 What next for the west? Globalisation has, for many, undercut wages and jobs — and fuelled populism. Here, Edward Luce reviews three new books, Thomas Frank’s The People, No, Pankaj Mishra’s Bland Fanatics, and Jeffrey Sachs’ The Ages of Globalisation, that help unpick an issue that so divides us. (FT)

What to watch this week: Ai Weiwei’s Coronation In his self-distributed film, the artist and activist takes us back to Wuhan and to the genesis of the coronavirus crisis, the strictures of that first lockdown and a time when the concept still seemed alien to the rest of the world. (FT)

Thai protests break biggest taboo A new wave of activism is risking a harsh crackdown by demanding reform of the monarchy, the institution at the pinnacle of Thailand’s political order — criticism of which can incur a lèse majesté sentence of up to 15 years in prison. (FT)

Hudson Yards creator thinks New York is too pricey The billionaire behind the ultraluxury Manhattan development is full of contradictions like this one. Another: He’s says climate change is his most important issue, even though he’s hosted a fundraiser for Donald Trump, who has rolled back environmental regulations. (NYT)

‘Doubts’ about the US presidential election Rumours about the US presidential election abound: is voting by mail secure, can Donald Trump postpone it, will the United States Postal Service be able to deliver ballots in time? Gideon Rachman sorts through what is fact and what is fiction in a discussion with Judith Kelley, Dean of the Sanford School of Public Policy at Duke University, and Edward Luce, the FT’s US national editor.