India is phasing out equipment from Huawei and other Chinese companies from its telecoms networks over an escalating border dispute, striking a fresh blow to the beleaguered technology giant in one of its most important markets.

New Delhi has not issued a formal written ban on Chinese equipment suppliers such as Huawei and ZTE, nor has prime minister Narendra Modi’s government made any such public pronouncements.

“It’s open now that the government is not going to allow Chinese equipment,” a top telecom industry executive told the FT. “There is now clarity . . . It’s really game over.”

Washington has been taking on Huawei for the past 15 years — since it first tried to enter the US market — but it is only in the past week that its chipping away has finally threatened to topple the Chinese telecom company’s business, Chris Nuttall writes in #techft. Sign up for the newsletter here. (FT)

As schools and universities start to reopen, what has been the pandemic’s impact on parenting and education? Join our global education editor Andrew Jack and work and careers columnist Emma Jacobs on Reddit in the r/IAmA subreddit for a chat on Tuesday at 11am EST, 4pm BST.

TikTok files legal challenge against Trump admin TikTok has said it had “no choice” but to sue the Trump administration, as it filed a legal challenge opposing the US president’s executive order blocking the video-sharing app in the country. TikTok is also facing antagonism from Facebook. (FT, WSJ)

Wild price moves after Shenzhen stock market reforms The surges came after the introduction of rules to ease the listings process and to remove limits on prices — a move made to boost the role of the stock market in supporting the growth of China’s economy. Meanwhile, two fund managers have applied to launch first Hang Seng Tech index ETFs. (FT) 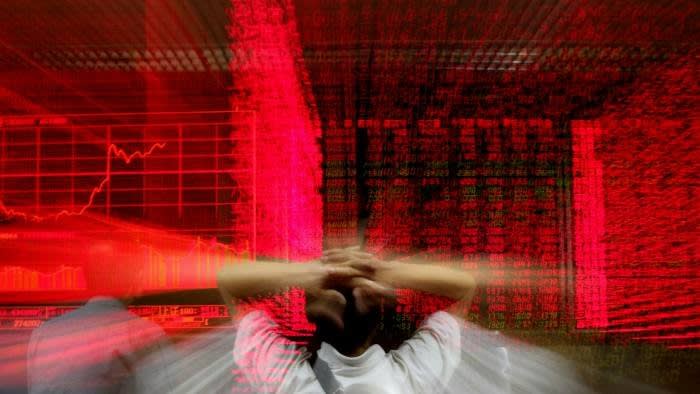 Navalny poisoned, say doctors German doctors treating Alexei Navalny said tests indicate the Russian opposition leader was poisoned, confirming allegations made by his aides — and played down by Russian doctors — that he was the victim of an attack. (FT)

Trump accuses Democrats of trying to ‘steal the election’ In an surprise address on the first day of the Republican convention, Donald Trump renewed his unsubstantiated attacks on voting by mail in front of a small crowd of delegates after Mr Trump received the party’s nomination. Kellyanne Conway, one of Mr Trump’s longest-serving aides, announced Sunday night she was leaving the White House. (FT) 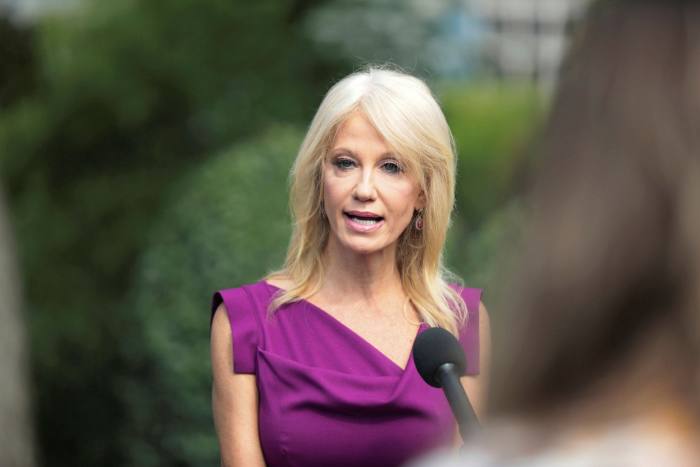 Wirecard board expected to quit Wirecard’s chairman is expected to resign with the rest of its supervisory board as early as this week, leaving the collapsed German payments company to be broken up and sold by the administrator. (FT)

Key opposition figures detained in Belarus Authorities detained three opposition leaders on Monday morning, as strongman leader Alexander Lukashenko battles to quell the most serious protests he has faced during his 26 years in power. (FT)

China 5G rollout slowed Huawei and ZTE have slowed 5G station installation in China, a sign that Washington’s efforts are having an effect. It is part of a “de-Americanisation” effort by China after the Trump administration tightened export controls on Huawei, multiple sources said. (FT)

Democrats threaten to subpoena postmaster general US lawmakers accused Louis DeJoy of downplaying recent disruptions to the postal service in a hearing on Monday. The prominent GOP donor was appointed to the position in May. (Politico)

Police shooting of black man sets off US unrest Police in Wisconsin shot and wounded Jacob Blake, a black man, on Sunday in an incident that has sparked protests and revived calls for sweeping law enforcement reform just three months after George Floyd was killed Mr Blake was in serious condition at a Milwaukee hospital Monday morning. (FT, Milwaukee Journal Sentinel) 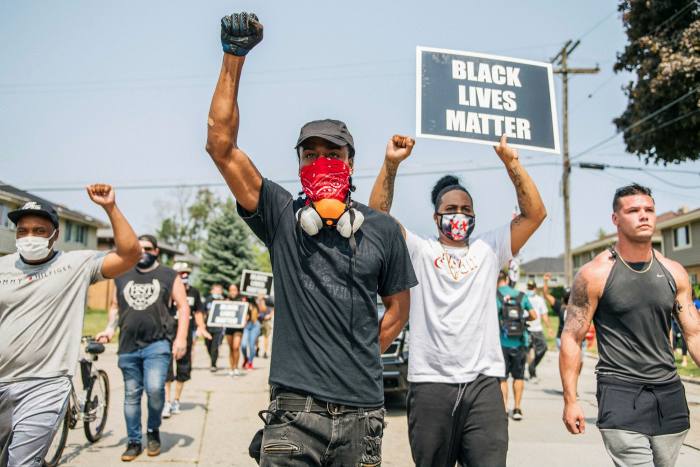 Demonstrators participate in a march on August 24 after a night of civil unrest in Kenosha, Wisconsin. © Getty Images

Virgin Atlantic rescue package vote Virgin entered final talks with its creditors over the weekend, after warning that it could run out of money and enter administration if the creditors do not sign off on the deal that was agreed with shareholders and private investors in July. (FT)

Pompeo heads to UAE Mike Pompeo, US secretary of state, began a Middle East tour on Monday to push the administration’s Iran policy. On Tuesday Mr Pompeo will meet officials to discuss the Israeli-UAE deal. (Reuters)

Earnings round-up This week online demand for home office set-ups is set to drive sales at electronics retailer Best Buy and the rise in remote working is likely to have boosted software group Salesforce.com. Higher sales of packaged foods during the pandemic should benefit food processor JM Smucker when all three companies report Tuesday. (FT)

Who’s going back to the office? Businesses are facing millions in extra costs to “pandemic-proof” workplaces. But will workers be lured back? Two surveys show a divergence of opinion between the US and UK and other countries. Read more in our The return to the office series. (FT)

Gideon Rachman: Democrats cannot rule out Trump victory At last week’s convention Democrats focused on the danger of a stolen vote. But that leaves the party underplaying a more conventional risk — that Mr Trump could win without cheating. Leads like the one that Mr Biden currently enjoys have been overcome before. (FT) 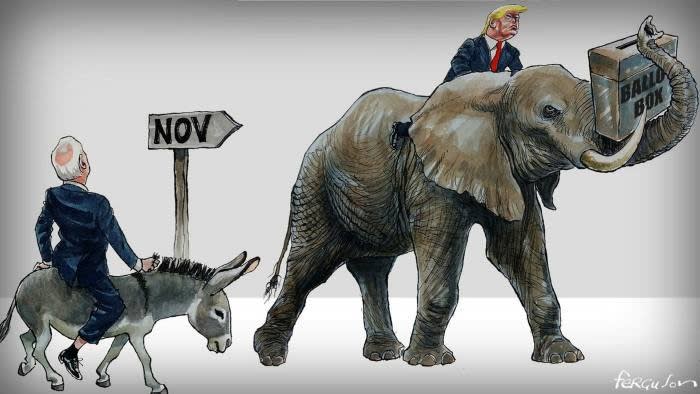 ‘Divided’ investors caught in inflation confusion Investors are worried about deflation. That might sound odd given consumer prices are rising. But the price of options linked to inflation swaps shows that investors are paying up to protect against extreme scenarios at both ends of the spectrum, writes Tommy Stubbington. (FT)

‘The Big Short 2.0’ Even before the pandemic, investor Carl Icahn profited handsomely on his bet against malls. The Covid-19 crisis has only increased his gains. The investment comes at the cost of retailers’ economic pain, but Wall Street loves a bet that pays off. (NYT)

The women dominating India’s business scene Since 1991 — when New Delhi began liberalising its state-controlled economy, many women have ascended to the top of India’s traditionally male-dominated business world. Now, even traditionally conservative family businesses are seeing women emerge among a new generation of leaders. (FT) 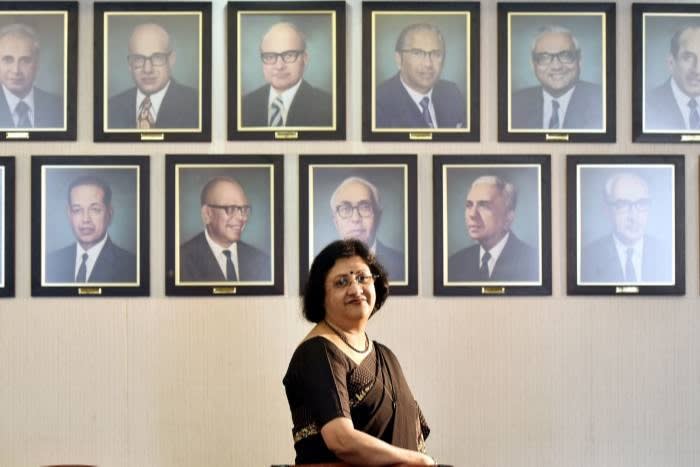 Arundhati Bhattacharya was the first woman to chair the State Bank of India, the country’s largest lender © Hindustan Times/Shutterstock

Breonna Taylor’s mother speaks out In a series of interviews, Tamika Palmer, details to writer Ta-Nehisi Coates the life of her daughter, Breonna Taylor, 26, who police shot and killed in her own home in March. (Vanity Fair)

Common sense foundations behind rapid market recovery The hottest finance industry topic is the extraordinary market recovery from the Covid-19 shock, what is causing it, whether it is durable, and what the consequences are, writes Robin Wigglesworth. It is worth taking a moment to marvel at just how powerful the rally has been. (FT)

Lockdown learning Michael Skapinker’s project was an easy choice: after studying French for decades, he could now devote non-commuting hours to his language skills. Rebecca Rose, long intimidated by commuting to work by bike, takes an urban cycling lesson. (FT) 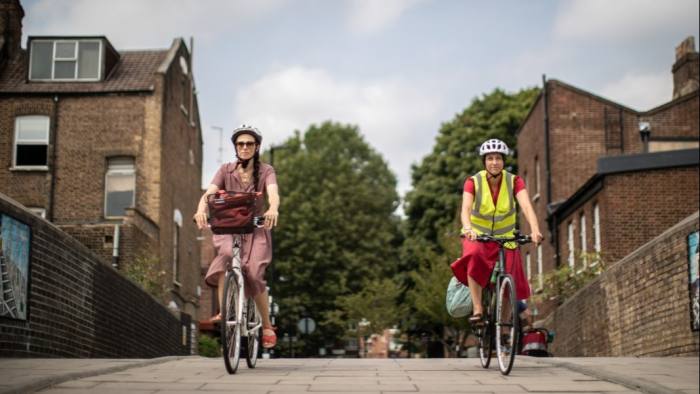 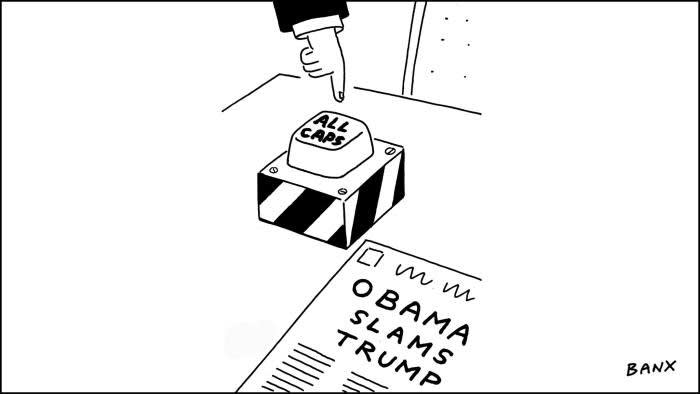