Steve Bannon, the former adviser to US president Donald Trump, has been charged with defrauding hundreds of thousands of people who donated to a crowdfunding campaign to raise money for a wall along the US-Mexico border.

Mr Bannon, 66, one of the architects of Mr Trump’s 2016 election victory and a champion of nationalist leaders around the world, was arrested by postal inspectors on Thursday morning along with three others involved in the “We Build the Wall” crowdfunding campaign. The justice department said he was arrested on a boat in the Long Island Sound off the coast of eastern Connecticut.

Mr Bannon pleaded not guilty to the charges during a hearing on Thursday. Bail has been set at $5m. His travel will be restricted to the New York and Washington metropolitan areas, and he will not be permitted to board any private plane, boat or private yacht without permission.

The campaign to build the wall raised more than $25m, which its leaders told donors would be sent to the federal government to help pay for the construction of a wall along the southern border of the US — a cornerstone pledge from Mr Trump’s 2016 campaign. (FT)

Why is the “anti-vaxxer” movement growing during a pandemic? David Crow and Kiran Stacey report. Follow our coronavirus live blog.

Alexei Navalny in a coma after suspected poisoning Russian president Vladimir Putin’s most popular challenger is in intensive care in Siberia after an apparent poisoning, according to his spokeswoman. Mr Navalny fell ill on a flight from Tomsk to Moscow on Thursday morning after drinking a cup of tea at the airport, Kira Yarmysh said. (FT) 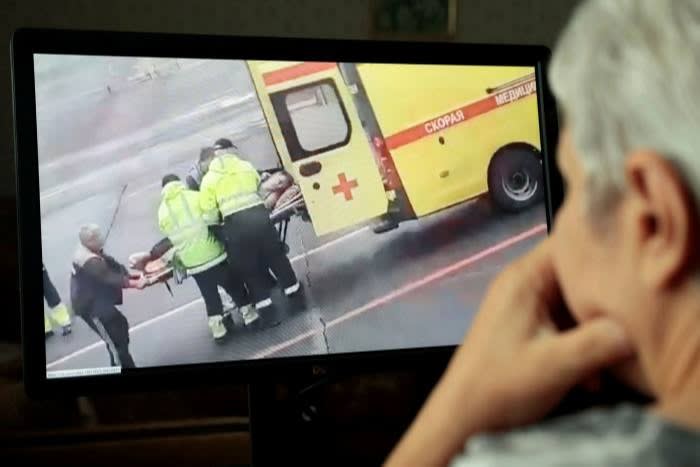 Alibaba beats revenue expectations The ecommerce giant reported better than expected sales growth despite growing threats to its business from surging rivals and policymakers abroad. Meanwhile, China is cautious on hitting back at US companies after Huawei sanctions. (FT)

US-China trade talks back on, says China After Donald Trump said trade talks with China were cancelled earlier this week, China on Thursday confirmed plans to speak with US officials about their phase one trade deal. Details of when the talks would take place are unclear. (Bloomberg)

Obama’s blistering attack on Trump, Harris accepts VP nod Barack Obama launched an unprecedented attack on Donald Trump at the Democratic convention, saying that the Trump administration had “shown it will tear our democracy down if that’s what it takes to win”. Kamala Harris accepted the party’s nomination for vice-president in a speech that also attacked Mr Trump for his handling of the pandemic. (FT) 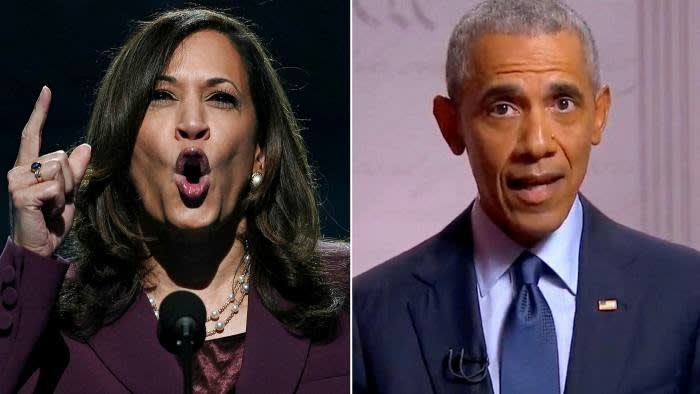 Uber and Lyft win in court The two car-hailing groups have won a last-minute reprieve that will allow them to continue operating as gig economy companies in California, after a court pushed back a deadline forcing them to reclassify drivers as full employees. (FT)

Belarus launches opposition criminal probe Belarusian prosecutors have opened an investigation into a council set up by opposition leaders, as strongman Alexander Lukashenko battles to reassert his hold on power following a disputed presidential election. In this video, the Financial Times’s Europe editor Ben Hall explains the unrest in Belarus. (FT)

Trump seeks Iran sanctions, defends QAnon Donald Trump said he would reimpose sanctions on Tehran, waived as part of the 2015 Iran nuclear deal, after failing to persuade other countries to extend a UN arms embargo. Also at Wednesday’s news conference, Mr Trump defended the rightwing QAnon conspiracy movement as Facebook cracked down on the group on its platform. (FT, NBC)

Airbnb files for IPO The San Francisco-based accommodation booking company filed with regulators for a flotation that will probably be one of the largest this year. Separately, Airbnb has banned groups of more than 16 over virus and violence fears. (FT)

China’s Three Gorges dam hits highest level Water levels in the dam are at their highest ever as months of torrential rain overwhelm the country’s flood defences and threaten its economic recovery. Recently, southern China has suffered its heaviest rainfall since 1998 when floods killed more than 3,000. Elsewhere in dangerous weather, wildfires continue to rage across California, forcing thousands to evacuate. (FT, AP)

Japan CPI Friday’s national consumer price index data for July is likely to remain at about zero. The country’s flurry of data releases this week, have added clarity to how the country has fared in the two months since unofficial lockdown ended.

UK retail sales The UK has retail sales for July out on Friday. May and June’s figures were strong following the collapse in April, but this time around non-fuel sales could well taper off. (FT)

We are currently planning the third edition of the FT High-Growth Companies Asia-Pacific ranking, to be published early in 2021. Apply for a place in the third annual FT ranking, compiled with Statista and Nikkei Asian Review, by November 30 2020.

What else we are reading 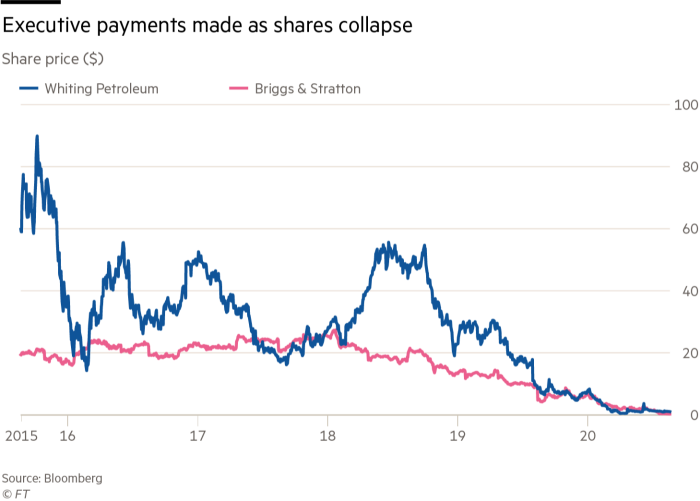 A world after Donald Trump A Joe Biden victory in November would be likely to restore rules-based globalisation as the default mode of international economic interaction, writes Martin Sandbu. But it would look very different from the globalisation of the 1990s. And a Trump defeat would deal a blow to European populism, says Ivan Krastev. (FT)

China’s flexible job scheme To boost employment since the beginning of the pandemic, Beijing has made flexible part-time work a central part of its road to recovery. So-called flexible workers in the country number about 200m. But when winter comes, many of these jobs in colder regions will be at risk. (SCMP)

When dance gets dangerous Last week Iranian musician Mehdi Rajabian was arrested for supporting female singers and dancers. Now released on bail and awaiting trial, his plight highlights the risk to independent artists, particularly women and the men who help them, in the Islamic Republic. (FT) 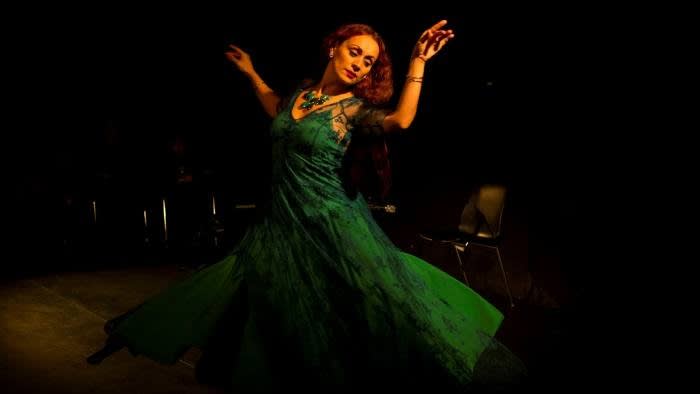 Dancer Helia Bandeh, who escaped from Iran while on bail © Laura Soriano

The promised land that slipped away from Obama Michelle Obama gently buried her husband’s former worldview this week while delivering other “cold hard truths” to America, writes Edward Luce. “We live in a deeply divided nation,” she told the Democratic convention on its first night. “If you think things cannot possibly get worse, trust me, they can.” (FT)

A world of protest What’s happening in Belarus is part of a global trend: we are reliving 1968, but bigger, Simon Kuper writes, with the peaceful street protests replacing parliament as the arena of opposition. The FT View is that in Thailand, a new generation is finding its voice. (FT) 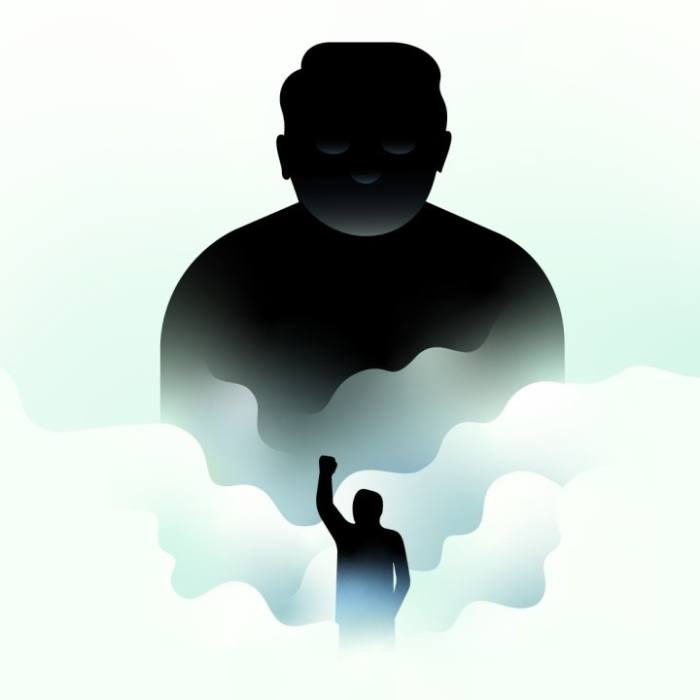 Macro returns As market volatility returned with a vengeance, macro hedge funds are enjoying a renaissance, notching gains not seen since their 1990s heyday. Bubble-hunting for investors has become more art than science. (FT, Economist)

What China makes of the ‘new cold war’ Gideon Rachman discusses how America’s tech war has affected Beijing’s long-held plan to assert its economic and military strength with Steve Tsang, director of the China Institute of Soas at London University. (FT)

“They were preparing for (a decoupling from the US). But Trump has kind of jumped the gun and caught China by surprise. And they are not too comfortable with it at the moment.” 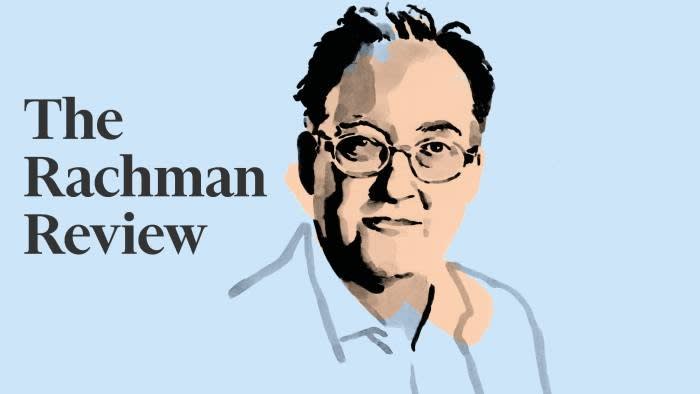