The Trump administration has announced a fresh set of sanctions against Huawei, making it even harder for the Chinese telecoms equipment maker to access the supplies it needs.

Wilbur Ross, US commerce secretary, announced on Monday that companies will have to obtain a licence before selling Huawei any microchip that has been made using US equipment or software.

Previously, companies were allowed to sell microchips freely to Huawei, even if those chips were made using US technology, as long as the chips had not been designed by Huawei’s in-house chip design company.

The expanded restrictions are the latest in a string of actions the Trump administration has unveiled over the past 15 months targeted at the Chinese company, which the US has accused of technology theft and sanctions busting. Washington also has also urged its allies not to buy Huawei kit, arguing it could be used to send citizens’ data back to Beijing.

Mr Trump is considering taking action against more Chinese companies, including Alibaba, a move he suggested one day after ordering ByteDance to divest TikTok’s operations in the US within 90 days. (FT)

Belarus president booed by striking workers Alexander Lukashenko, Belarus’s strongman president, was fighting for his political future on Monday in the face of a wave protests that showed no signs of abating as striking workers booed him. Russia said it was prepared to provide security support to Mr Lukashenko. (FT)

Retail trading app Robinhood’s value tops $11bn The trading app has raised new equity that gives it a valuation of more than $11bn, up by nearly one-third from a previous injection of funds just one month ago, as the platform benefits from a surge in activity through the pandemic. US stocks edged higher and tested their all-time high again on Monday. (FT)

Four Republicans to endorse Biden at Democratic convention The group of prominent Republicans will join leftwing senator Bernie Sanders on the virtual stage for the first night of the Democratic National Convention, as the party attempts to show a broad coalition of support for Joe Biden. Here’s what to watch on the event’s opening night. (FT, AP) 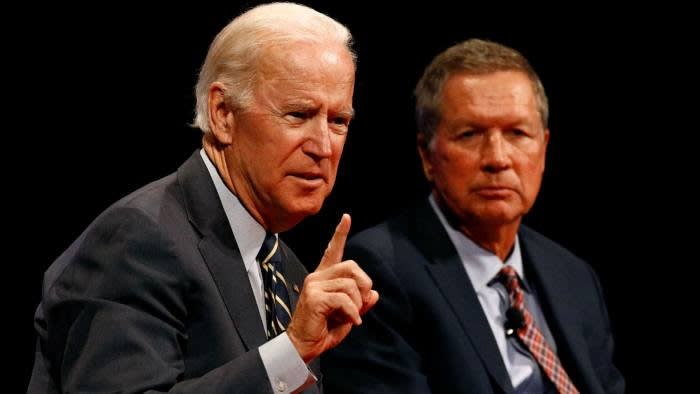 India opposition seeks probe into Facebook’s ties with BJP The Congress party has called for an investigation into what it says is the social network’s favourable treatment of prime minister Narendra Modi’s party, citing a recent Wall Street Journal story. (Al Jazeera, WSJ) 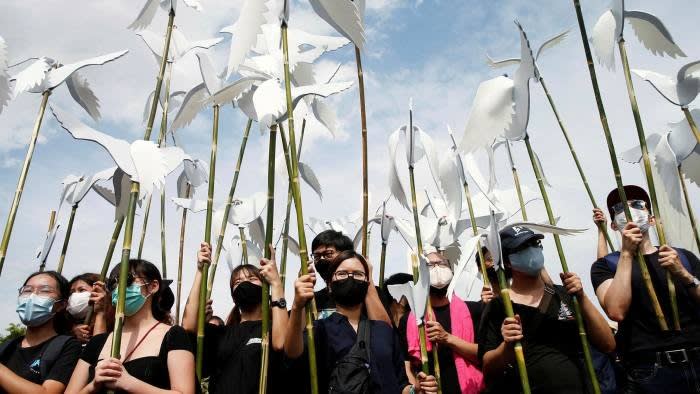 Sajid Javid returns to JPMorgan Mr Javid will return to the bank where he started his career, six months after quitting as UK chancellor. Mr Javid has joined the US lender’s European advisory council, according to a memo to staff seen by the Financial Times. (FT)

US retail earnings Walmart is forecast to post a rise in same-store sales on Tuesday. Investors will also be looking for any detail on the launch of Walmart Plus, a subscription service that the retailer hopes will rival Amazon Prime. Home Depot and Kohl’s also report the same day. (FT, WSJ)

UK-EU trade talks Discussions are set to enter their seventh round on Tuesday. While the two sides remain divided over competition rules, fishing rights and enforcement, UK negotiators are hopeful of striking a deal next month. (BBC)

The decoupling of the US and China has only just begun The reality is that decoupling has much further to go. It is already spreading beyond technology and into finance. In time, it will affect every large industry, from manufacturing to consumer goods, writes Gideon Rachman. (FT) 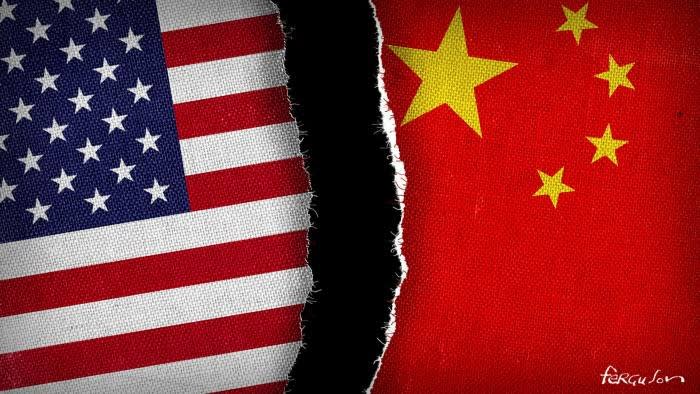 Putin’s few good options Protests in Belarus have thrust the Kremlin into an unenviable dilemma, Henry Foy writes: propping up a discredited regime or bowing to discontent it suppresses at home. The FT View is that in Minsk, as in Hong Kong, protesters are keeping the torch of democracy alight. (FT)

‘Plan beats no plan’ If Donald Trump loses in November, his aversion to striking a Covid economic stimulus deal will be one of the main reasons, writes Edward Luce. As Mr Trump and Joe Biden grapple with campaigning during pandemic, Mr Biden is promising a $2tn energy overhaul, says Derek Brower. Here’s where Mr Biden stands on issues from taxes to tech. (FT)

The latest updates to our poll tracker show Trump’s lead is up slightly in Texas after a Rice University/YouGov put him at +7. 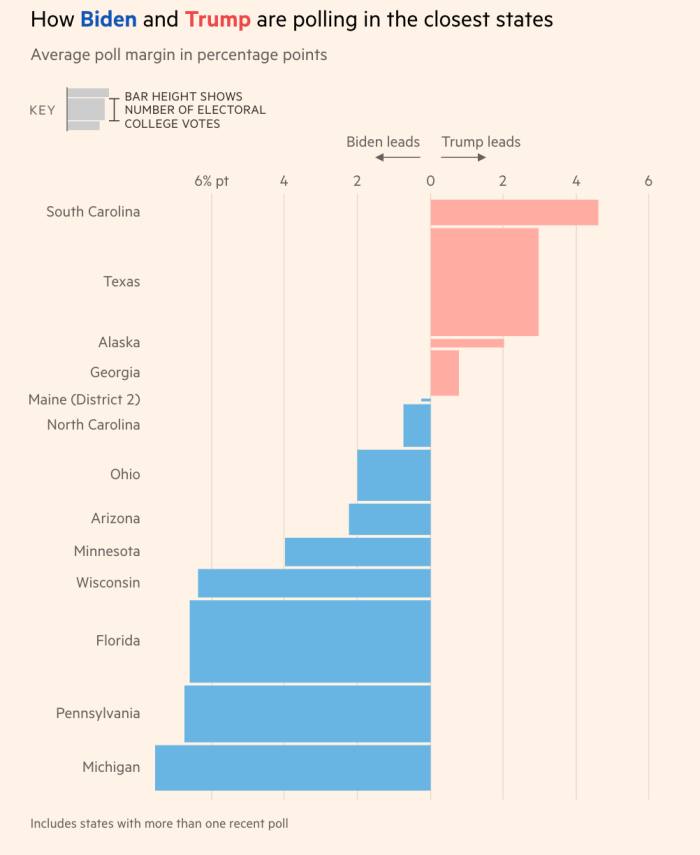 How to boost employees spirits A simple task for management — detailing your company’s top priority — can provide relief to workers in a time filled with uncertainty, according to Laura Gallaher, an organisational psychologist. “Surge capacity” may explain why you could be struggling to deal with the pandemic now, compared to March. (Quartz, Elemental)

Working from anywhere The expansion of homeworking raises the troubling suggestion of outsourcing, Andrew Hill writes. One skill managers need to learn is trust. Kesewa Hennessy asks if 2020 is finally the year of the introvert, benefiting those who find offices noisy and conflict-filled. (FT) 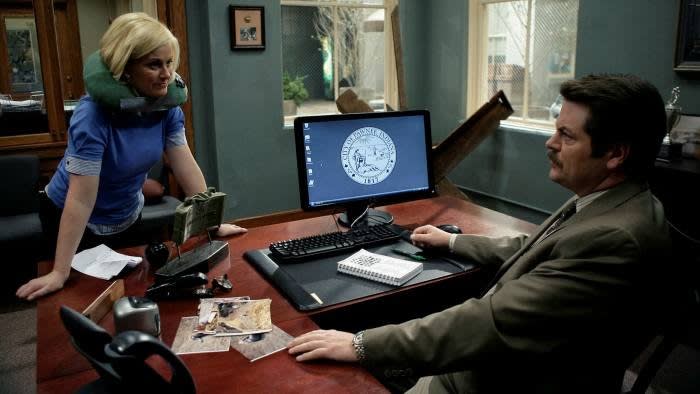 Business books of the year The longlist for the FT and McKinsey Business Book of the Year is out, and includes Margaret Heffernan’s Uncharted and Mervyn King and John Kay’s Radical Uncertainty, which in a timely way question the precision of forecasting methods. (FT)

Andrew Hill and FT readers on Monday discussed business books, past, present and future in the comments section.

I wandered lonely as a cloud (in lockdown), with Simon Russell Beale The actor performs William Wordsworth’s most famous poem, which takes on new meaning amid the coronavirus crisis, ahead of more performances at the FT Weekend Festival. (FT)

Video: I wandered lonely as a cloud (in lockdown), with Simon Russell Beale