Hong Kong police have made their first arrests under a sweeping new national security law imposed on the Asian financial hub by Beijing that has drawn international condemnation.

A day after Chinese president Xi Jinping signed the legislation into law in Beijing, Hong Kong police on Wednesday cracked down on thousands of protesters who defied Beijing to hold an annual march to mark the anniversary of the territory’s handover from the UK to China in 1997.

Riot police pepper-sprayed and detained protesters in a busy shopping district after officers displayed a banner warning them that they might be committing a secession- or subversion-related crime by joining the demonstration. The purple banner is Hong Kong’s new weapon against protesters.

Security provisions appear to sweep away the autonomy that made the territory Asia’s financial centre, writes James Kynge.

Boris Johnson has condemned Beijing’s sweeping new security law for Hong Kong as a “serious breach” of the UK-China agreement on the territory, and vowed to honour a pledge to open a path to citizenship for almost 3m residents of the Asian financial hub. (FT, NYT)

Sharing work could ease the mental health impact of the pandemic, according to academics at Cambridge university. More in this month’s FT Health newsletter. Follow the latest coronavirus updates here.

Huawei and ZTE classified as security threat to US The Federal Communications Commission classification will bar US companies from using government money to buy products from the Chinese telecoms groups. (FT)

Wirecard starts to dismantle defunct payments group Wirecard’s administrator said “numerous” companies have expressed interest in buying parts of the payments group that last week became the first member of Germany’s Dax index to file for insolvency. The head of Germany’s financial watchdog denied that the regulator had protected the payments company. (FT)

Pinduoduo founder steps down as chief Colin Zheng Huang, founder of the high-flying Chinese online shopping company Pinduoduo, is stepping down as chief executive and has reduced his personal stake in the company by roughly $14.3bn. (FT) 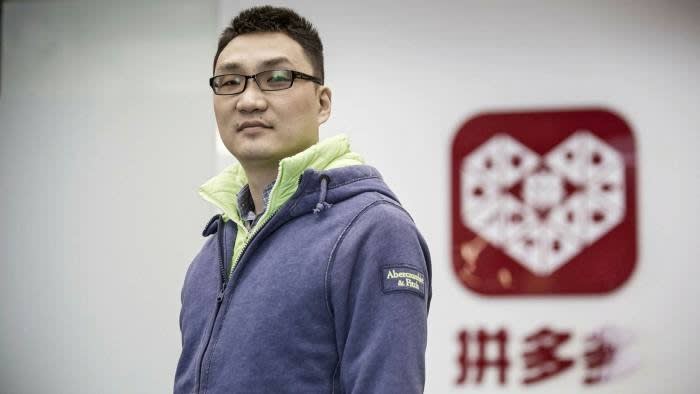 After the reduction, Colin Zheng Huang still owns 29.4 per cent of the company, and has shares that control 80.7 per cent of Pinduoduo’s voting rights, down from 88.4 per cent © Bloomberg

Russians back Putin’s move to extend his rule Russia’s president Vladimir Putin is set to win approval from voters for constitutional changes that would allow him to potentially extend his 20-year rule until 2036. Three-quarters of voters had given their endorsement, according to early results. (FT, NYT)

Global outrage over reports of forced birth control for Uighurs International leaders have called for a UN investigation into China’s birth control campaign after the AP reported that Beijing is forcing pregnancy checks, intrauterine devices, sterilisation and abortion on women in Xinjiang to slash birth rates among the country’s Muslim minority. (AP)

USMCA comes into force After three years of talks, Donald Trump’s revamped Nafta — the US-Mexico-Canada trade agreement — went into force on Wednesday. But the US has a fight looming on the horizon with its northern neighbour. The law will govern more than $1tn in annual trade. (FT, Bloomberg) 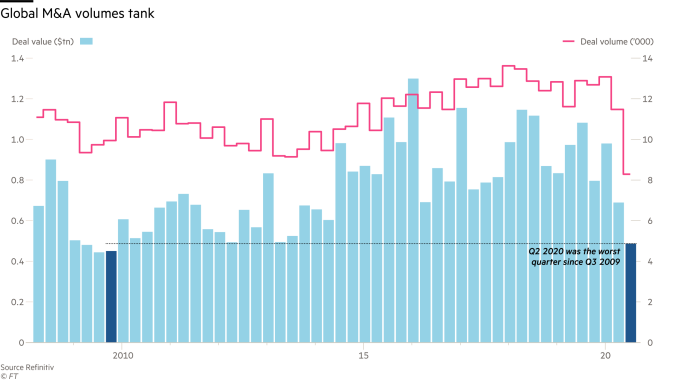 Why Sony’s name change matters Sony’s transition from “Corporation” to “Group” may not sound terribly seismic in the scheme of global rebranding exercises, but the change shows the conglomerate with new-found confidence, writes Leo Lewis. (FT)

Look closely at the motives of the Facebook boycotters The fact that boycotts are erupting suggests one of three things: shareholders are losing control of management; they are forgoing profit for political objectives; or the moves are far more self-serving than we appreciate, writes Izabella Kaminska. (FT) 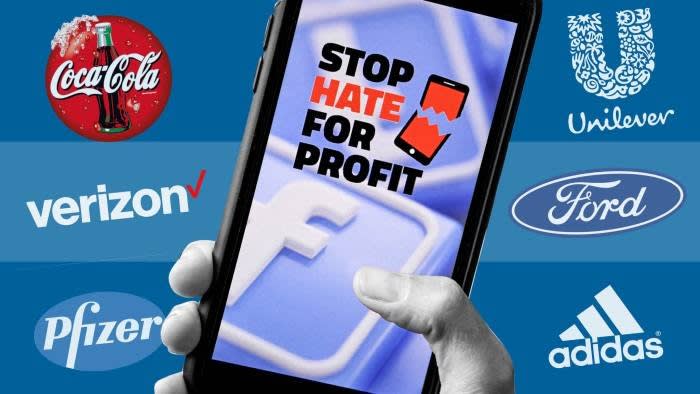 A growing list of companies has announced that it will boycott Facebook over a failure to crack down on racism and hate speech, amid campaigning by groups including Stop Hate for Profit © FT montage; Shutterstock

Hong Kong is a colony once more “For the first time in history,” Tung Chee-hwa, Hong Kong’s first chief executive said after the territory’s 1997 handover, “we, the people of Hong Kong, will be master of our own destiny.” But Beijing’s national security law returns Hong Kong to being a victim of decisions made miles away. (Atlantic)

Saving the European summer As much as 10 per cent of European economic activity depends on tourism so the complete loss of this year’s season is a price no government can easily pay. Many countries are rushing to reopen, but how much of the summer season can be salvaged? (FT)

What Boris Johnson’s press-ups tell us about his fitness to lead What is it in the alpha male psyche of political leaders that they cannot see another MP doing exercise without needing to show they can do better? asks Robert Shrimsley. While other world leaders are measured against higher metrics than press-ups, what does the data say about the success of women leaders in the pandemic? (FT, Wired) 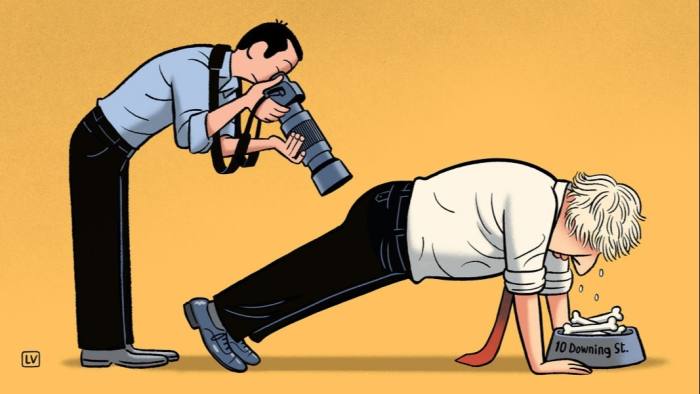 The radical technologies to keep offices clear of coronavirus The big challenges posed by the virus is indoors. Engineers are developing some radical technologies to keep the coronavirus out of offices. Here are some of the emerging options. Meanwhile, the shift to home working is creating new opportunities — not least in the insurance industry. (FT)

What going to a Premier League football match is like right now Sports correspondent Murad Ahmed reports from the empty stands of a recent fixture between Tottenham Hotspur and Manchester United, two heavyweights of English football. (FT)

How AI is helping historians solve ancient puzzles Archaeological puzzles may not seem as urgent as computer science projects in healthcare, finance and other industries, but applying algorithmic techniques to historical research can improve AI’s capabilities. Read more in our AI & Robotics special report.

Why Asia’s online lenders are in trouble Mercedes Ruehl, Asian technology correspondent, explains why the boom in Asian financial technology is facing its first serious setback as businesses focused on providing services to the vast number of people in the region without bank accounts struggle to cope with the fallout from coronavirus.