Joe Biden will be anointed as the Democrats’ presidential candidate at the party’s four-day national convention that begins in Wisconsin on Monday. But the only high-profile politician to appear before a crowd in the mid-western swing state during the day will not be the former vice-president but Donald Trump.

While Mr Biden and top Democrats from Barack Obama to Bill and Hillary Clinton congregate online at a virtual convention because of coronavirus, the US president has no qualms about trolling Mr Biden by campaigning live in Wisconsin, despite scaling back the Republican convention, which starts the following week.

The two approaches highlight the challenges of campaigning for the presidency amid a pandemic.

Mr Trump is making much of the fact that his 77-year-old opponent has for months been largely confined to his Delaware home, suggesting such reticence points to Mr Biden’s weakness as a candidate for the White House. (FT)

Here’s where Mr Biden and Donald Trump stand in the polls.

US postal vote woes Democratic leaders recalled lawmakers on Sunday to vote on blocking controversial changes that they allege will sabotage November’s elections, following a warning that mail-in ballots may not arrive in time to be counted. Two top homeland security officials are not eligible to serve in their roles, a watchdog found. (FT)

Tikhanovskaya ‘prepared to act as leader’ in Belarus
Belarusian opposition leader Svetlana Tikhanovskaya has said she is ready to lead the country through a transition period after protests at the weekend left Alexander Lukashenko fighting for his political future. Moscow earlier said it was prepared to provide security support to the country’s strongman leader. Read Europe’s “last dictator” in brutal fight for survival. (FT)

The biggest opposition rally in Minsk, where as many as 200,000 protesters called for Mr Lukashenko to ‘Leave!’ © Getty Images

US’s tougher stance on South China Sea undermined by Philippines
When the US Navy kicks off the world’s largest maritime military exercises on Monday, one country that was not invited to the 10-nation drill will be watching with particular interest. Although Rim of the Pacific 2020 will be based in Hawaii, China will be tracking any joint manoeuvres by US friends and allies on the sidelines or after the exercise, especially in the disputed South China Sea. (FT)

Israel-UAE phone calls The United Arab Emirates opened direct phone lines with Israel and unblocked Israeli news websites as the two countries moved to swiftly normalise relations. The FT View is that the landmark deal agreed last week is a setback for wider peace, lacking a resolution for Palestinians. (FT)

Exclusive: Japan sought Nissan-Honda merger Japanese officials tried to bring Nissan and Honda together this year, a sign of growing concern over the country’s once mighty automotive sector. But the ambitious project to create a national champion fizzled before it could begin. (FT)

Chinese banks staff up in Hong Kong Investment bankers employed by Chinese groups in Hong Kong are on track to outnumber those at Wall Street and international banks, an FT analysis shows. Stocks in mainland China and Hong Kong rose after new stimulus measures helped investors put to one side the latest escalation in tensions between Washington and Beijing. (FT) 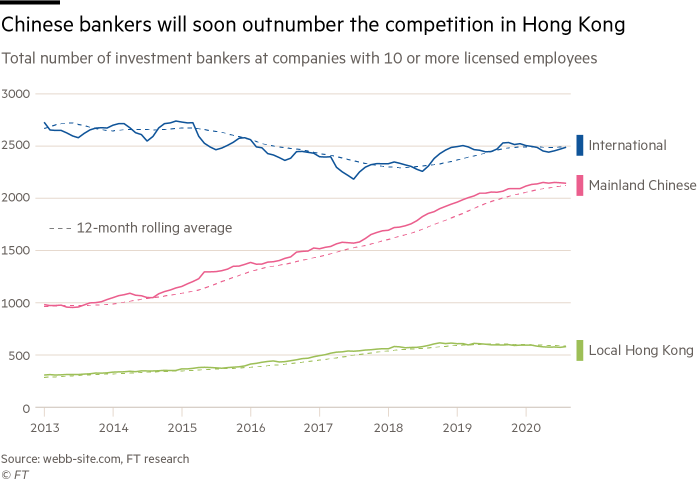 EU-UK trade talks Future relationship talks are set to resume in Brussels, but no dramatic moves are expected until September, when UK negotiator David Frost has said “an agreement can be reached”. The EU’s financial services chief warned that the City of London may have to wait beyond the end of this year on market access, leaving UK banks and asset managers in uncertainty. (FT) 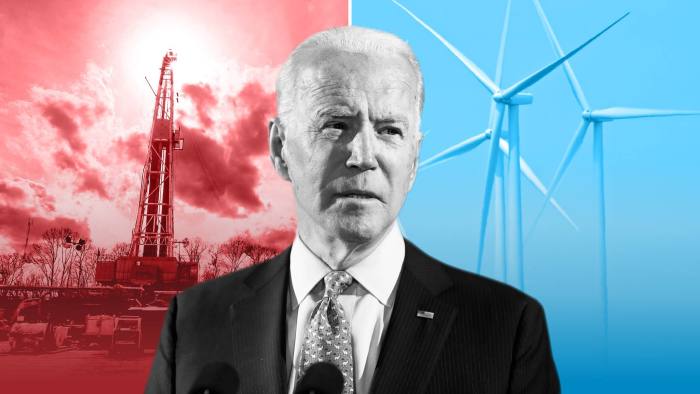 The end of New York City? The past 20 years have been a golden age of great cities. As the pandemic prompts an exodus to suburban, secondary cities, will businesses follow workers? Simon Schama visits Storm King, an ideal escape for New York art lovers. (FT)

Bidenomics and America’s new New Deal
Tim Geithner, former US Treasury secretary, famously said “plan beats no plan” during the 2008 financial crisis, writes Edward Luce. It is a lesson that Republicans appear to have forgotten. If Donald Trump loses in November, his aversion to striking an economic stimulus deal with Democrats amid a raging pandemic will be one of the main reasons. You cannot beat something with nothing. (FT)

Working from anywhere The expansion of homeworking raises the troubling suggestion of outsourcing, Andrew Hill writes. One skill managers need to learn is trust. Kesewa Hennessy asks if 2020 is finally the year of the introvert, benefiting those who find offices noisy and conflict-filled. (FT)

Vertical farming interest climbs Coronavirus has upended British farming, threatening access to labour and complicating supply chains. But the crisis has offered an opportunity to proponents of indoor farming, where LED-lit crops can be grown year-round regardless of soil or weather conditions. (FT) 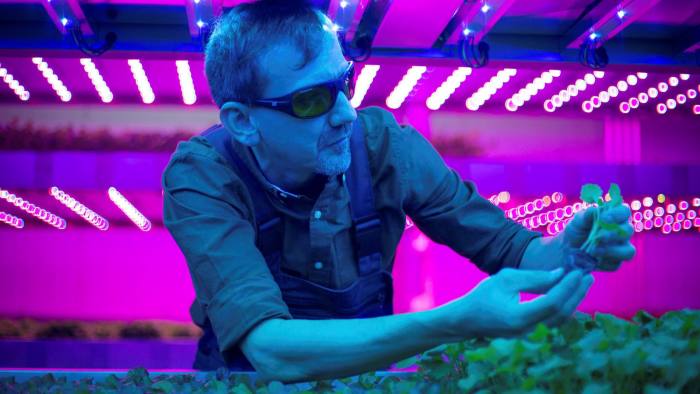 Putin’s few good options Protests in Belarus have thrust the Kremlin into an unenviable dilemma, Henry Foy writes: propping up a discredited regime or bowing to discontent it suppresses at home. The FT View is that in Minsk as in Hong Kong, protesters are keeping the torch of democracy alight. (FT)

Business books of the year The longlist for the FT and McKinsey Business Book of the Year is out, and includes Margaret Heffernan’s Uncharted and Mervyn King and John Kay’s Radical Uncertainty, which in a timely way question the precision of forecasting methods. (FT)

Join Andrew Hill for a discussion of business books, past, present and future in the comments at 12pm UK time on Monday August 17.

New London luxury stay Joel Cadbury and Ollie Vigors, who reinvented London’s Groucho Club, plan to open a hotel in Chelsea next year modelled on their large country hotel, the Beaverbrook, despite a collapse in foreign tourism. (FT) 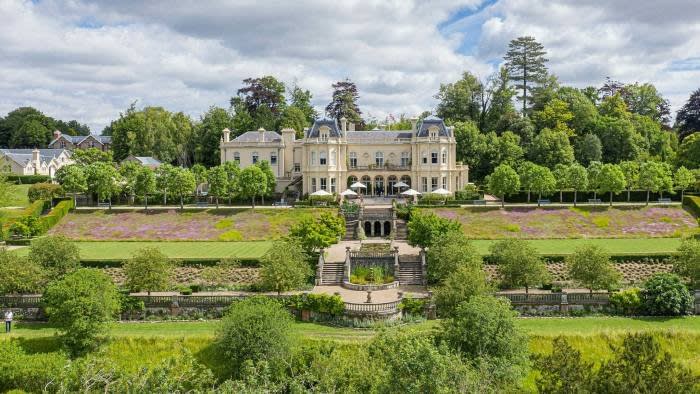 The two entrepreneurs invested more than £100m in the original Beaverbrook, above, which opened as a hotel in 2017

I wandered lonely as a cloud (in lockdown), with Simon Russell Beale The actor performs William Wordsworth’s most famous poem, which takes on new meaning amid the coronavirus crisis, ahead of more performances at the FT Weekend Festival. (FT)

Video: I wandered lonely as a cloud (in lockdown), with Simon Russell Beale