China has imposed sanctions on 11 American lawmakers and foreign policy experts in response to similar US measures on Chinese and Hong Kong officials, as tensions between the two powers escalate.

Beijing on Monday hit back at the US after President Donald Trump last week brought sanctions against Chinese and Hong Kong officials over their role in imposing a draconian security law on the Asian financial centre.

The Chinese move came after Hong Kong police detained media tycoon Jimmy Lai for allegedly breaching the security law, in the highest-profile arrest since the legislation was introduced in June.

The Chinese foreign ministry said it was imposing sanctions on a number of US senators, including Marco Rubio, Ted Cruz, Pat Toomey, Josh Hawley and Tom Cotton, as well as congressman Chris Smith.

Gains for global stocks were held back on Monday as escalating tension between China and the US weighed against hopes of further economic stimulus. Meanwhile, shares in the Hong Kong media group controlled by Mr Lai nearly tripled on Monday following his arrest, as activists piled in to the stock in a display of solidarity. (FT)

Lebanon government resigns as anger mounts Lebanon’s government resigned on Monday as the prime minister blamed “political corruption” for a massive explosion at Beirut’s port that killed more than 160 people and devastated the capital. (FT)

US health secretary meets with Tsai Alex Azar, US health secretary, met with Taiwan’s president Tsai Ing-wen on Monday, marking the highest level meeting between Washington and Taipei in decades. The visit was condemned by Beijing, as ties with the US further deteriorate. (CNN)

Alex Azar, US secretary of health and human services, and Taiwan President Tsai Ing-wen, both wearing face masks, pose for photos during their meeting at the presidential office in Taipei. © via REUTERS

UK trade deal with Japan stalls over blue cheese demands Talks between Tokyo and London over a trade deal have hit a snag after Liz Truss, UK trade secretary, insisted on bringing Stilton cheese into the negotiations. Both sides were close to an agreement last week. (FT)

Protests in Belarus Riot police used tear gas and stun grenades to disperse protesters on Sunday night as an official exit poll put President Alexander Lukashenko on course to win 79.7 per cent of the votes in a presidential election. The vote was overshadowed by the detention of several opposition figures. (FT)

Kodak shares plunge after US government loan hits hurdle Shares in Eastman Kodak fell 30 per cent on Monday after the US federal government said it would not move ahead with a heavily scrutinised $765m loan until allegations of potential wrongdoing were cleared. (FT)

Singapore charges Wirecard agent A Singaporean businessman suspected of being a key figure in Wirecard’s alleged fraud has been charged with falsification of accounts, the first such charges in the city-state. German prosecutors suspect Wirecard was looted of $1bn before its collapse, the FT reported. (FT)

McDonald’s sues former chief The fast-food chain has sued its former chief executive Steve Easterbrook, alleging that he hid details of three sexual relationships with employees when the board fired him last November over a separate relationship with a subordinate. (FT)

Indonesian volcano erupts for second time in 3 days Mount Sinabung, on the island of Sumatra, spewed ash 5km into the sky on Monday — its second eruption in three days after more than a year of inactivity. (Straits Times) 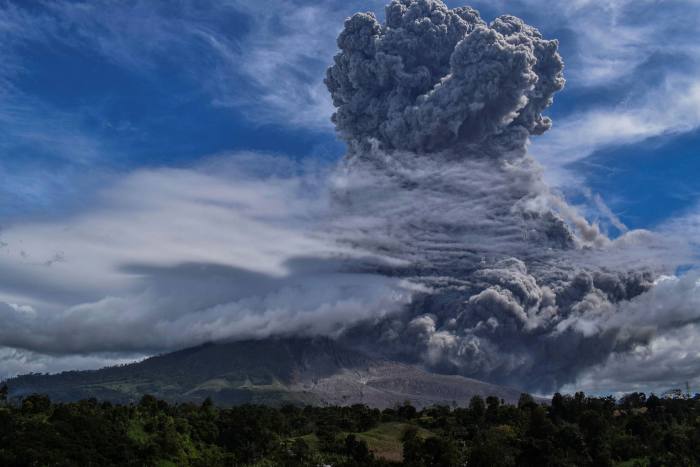 Mount Sinabung spews thick ash and smoke into the sky on Monday. © AFP via Getty Images

Modi and Erdogan thrive on divisive identity politics Narendra Modi is a Hindu nationalist. Recep Tayyip Erdogan is an Islamist. The Indian and Turkish leaders look like potential rivals in a clash of civilisations, writes Gideon Rachman. But they are pursuing political projects that are mirror images. (FT) 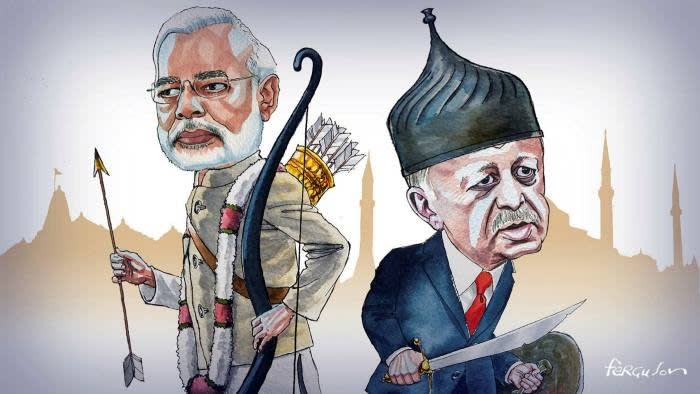 Beijing’s contradictions in Hong Kong Hong Kong’s chief executive promised the city that it need not worry about Beijing’s new national security law. But the arrest of media tycoon Jimmy Lai makes a mockery of Carrie Lam’s claim that the mini-constitution ensured the protection of Hong Kong’s freedoms. (Atlantic)

Are we ready to travel on underground trains? The London Underground and the New York subway are piloting the use of ultraviolet light to disinfect stations and trains. The Tokyo Metro has been using a silver-based compound to keep the virus off surfaces, Reuters reported. Here’s what happens when you sneeze on the subway. (FT, NYT) 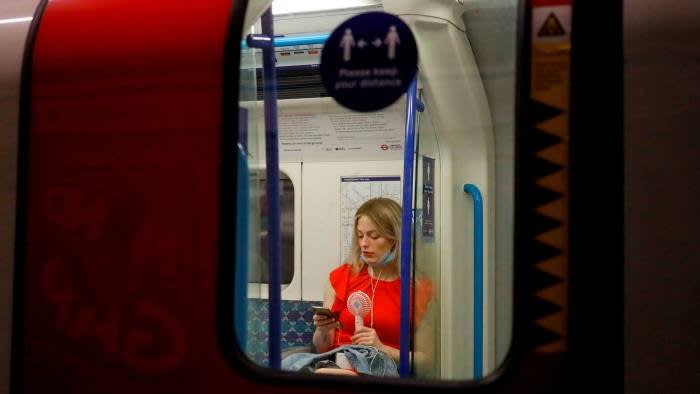 Banks face their biggest test since the financial crisis For the smallest and weakest lenders, coronavirus could prove fatal; for the biggest, it portends a period of hand-to-mouth survival amid large-scale bankruptcies. Six months into Covid-19, the numbers are already staggering. (FT)

How will Lebanon feed itself? Lebanon was already plagued by soaring food prices and shortages before last week’s explosion at Beirut’s port, the artery for 80 per cent of its imports. David Gardner writes that it took 15 years to rebuild Beirut after the sectarian carnage of 1975-90 — and barely 15 seconds to lay it to waste. (FT) 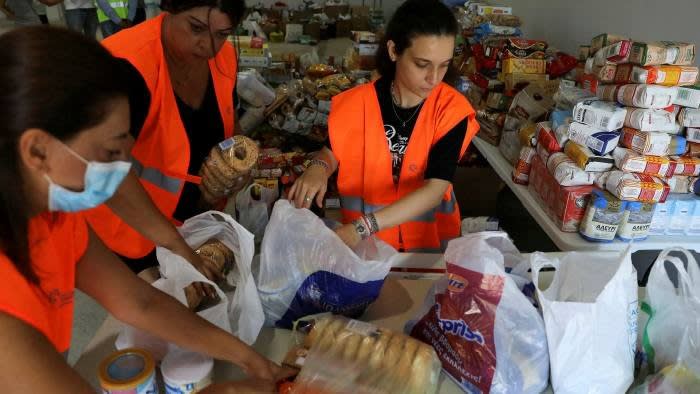 Volunteers collect food donations for Beirut in Nicosia, Cyprus. Prices had already soared in Lebanon before the explosion that killed 150 people © Yiannis Kourtoglou/Reuters

Starting a new business or job as a global crisis strikes Early this year, anyone launching a business or embarking on a significant career change collided head-on with a spectacular economic shock. Founders of a fashion brand, a venture capitalist switching jobs and an MBA student recount their experiences. (FT)

Spies, lies and LinkedIn The professional networking site is coming into its own, with users rising by 16m to 706m in the past quarter — but it is also subject to Chinese espionage. LinkedIn is a vital tool for many, but treat it with care, Andrew Hill writes. (FT) 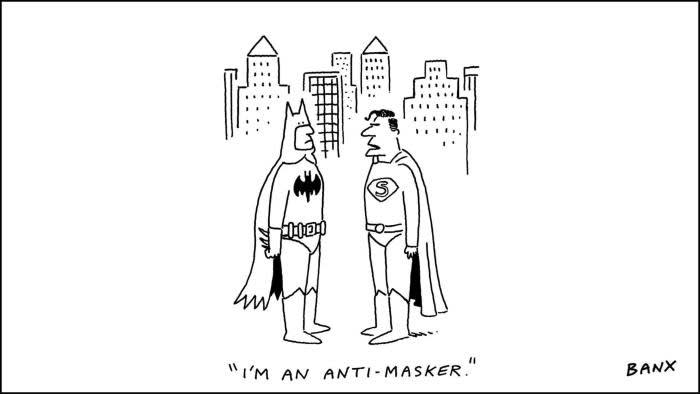