Hong Kong and Chinese officials have hit back at US sanctions and one of the city’s financial regulators cautioned companies on how they respond to the measures, a day after Donald Trump dramatically ratcheted up his fight with Beijing over the territory.

The US president on Friday imposed restrictions on 11 Hong Kong and Chinese officials, including Carrie Lam, Hong Kong’s chief executive, and Luo Huining, mainland China’s top official in the city. The measures will freeze assets the individuals hold in the US and prevent them from doing business in the country.

The sanctions are the latest step in an escalating battle between the two countries after Beijing moved to impose a national security law on the city following months of anti-government protests last year.

Twitter has reportedly had preliminary talks with TikTok about combining the two apps. (FT, WSJ)

We have recently added tourism data to our global recovery tracker. Follow our live coverage here.

Saudi Aramco sticks to dividend pledge despite plunge in earnings
The company will pay out $75bn in dividends this year despite a sharp drop in earnings, as the state energy group bets on a rebound for the pandemic-hit oil sector. (FT)

World leaders hold Lebanon aid conference French president Emmanuel Macron on Sunday waned the future of the Middle Eastern country and the region was at stake as international donors agreed to fund €252.7m in emergency aid after a huge chemical explosion devastated the capital. Protests turned violent in Beirut at the weekend as anger against leaders grows. (FT)

Megadeals lead M&A revival as big companies bulk up Eight deals of more than $10bn have been signed in the past six weeks, according to Refinitiv data, making it the fastest start to the second half for megadeals since 2007 when there was an M&A boom before the financial crisis. (FT) 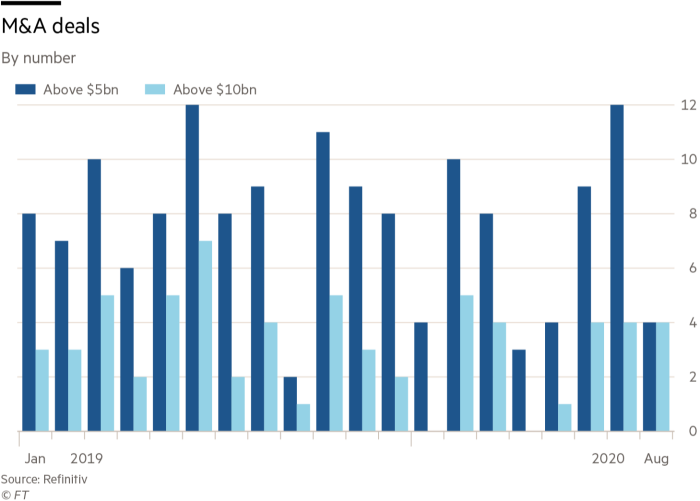 India to halt arms imports worth billions New Delhi will ban imports of more than 100 types of military equipment in pursuit of Prime Minister Narendra Modi’s goal of greater self-reliance and amid a growing strategic threat from neighbouring China. (FT)

Covid shift to electronic bond trading The coronavirus crisis has ushered in a “dramatic” shift in the world’s largest bond market away from traditional trading by phone towards electronic execution, according to a report produced by JPMorgan Chase. (FT)

Sri Lanka’s Rajapaksas tighten grip over country The ruling Rajapaksa brothers have tightened their grip over the country in a landslide election victory. But President Gotabaya Rajapaksa and his elder brother Mahinda Rajapaksa, the prime minister, will have little time to savour their victory as the country reels from an economic crisis. (FT)

Trump woos ‘suburban housewives of America’ The Trump campaign is strategising how to win back the suburban districts that helped the Democrats reclaim control of the House of Representatives in the 2018. Meanwhile, the United States Postal Service is implementing cost-saving measures amid fears Trump could weaken the agency ahead of an expected influx of mail-in votes. (FT, Guardian)

Go to our poll tracker for the latest on the 2020 election race. 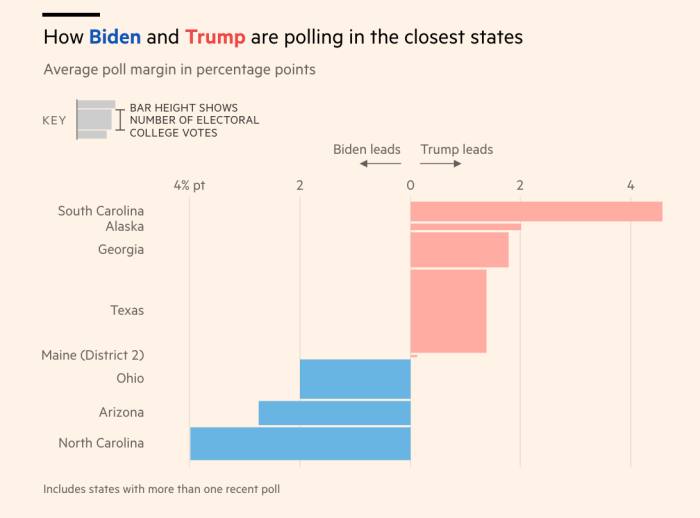 Earnings round-up On Monday the disruption to travel brought by Covid-19 is expected to weigh on Marriott International and Royal Caribbean Cruises. Occidental Petroleum reports the same day, when falling energy demand and the dive in oil prices is expected to take its toll. (FT)

Why is Silicon Valley so chilled about the cold war with China? Beneath the rhetoric of each side’s “clean networks” and “great firewalls”, the two tech worlds are connected via a tangle of wiring. The great uncoupling would cause huge economic pain to hundreds of US tech companies, writes Tom Braithwaite. (FT) 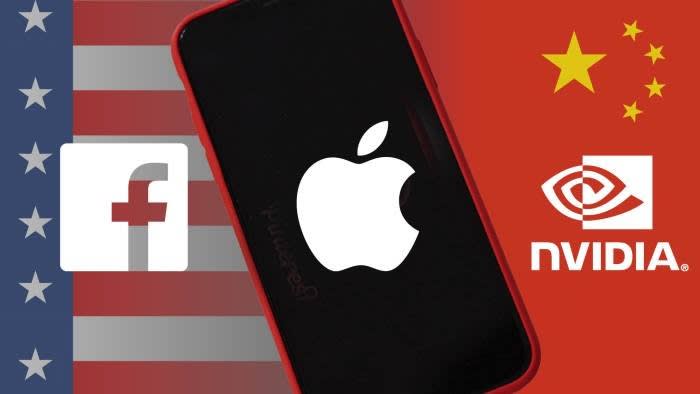 US tech companies are exposed to China, from Apple, whose products sell well there, to chipmakers like Nvidia, to Facebook, which derives substantial advertising income from the country © Financial Times

US health secretary’s Taiwan trip is sign of strategic shift Alex Azar’s trip to a country that has successfully contained coronavirus would not normally be controversial — unless that country is Taiwan, which China claims as its territory. The visit highlights the island’s growing importance in the clash between Washington and Beijing. (FT)

Zhang Yiming, tech baron caught in a bind Over the past decade, Mr Zhang, 37, has built ByteDance into a formidable opponent to incumbent social media giants around the world, from China’s Tencent to the US’s Facebook. Because the company is everywhere, he also faces attacks on all fronts. (FT) 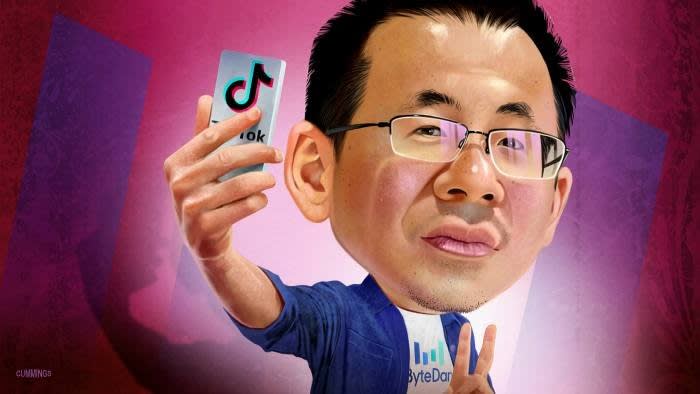 The great trade unwinding Commerce patterns have not shifted much recently. That is about to change dramatically, writes Rana Foroohar. Companies can now expect month-long disruptions to supply chains every 3.7 years, according to a new MGI report on supply chains. (FT)

The astonishingly good but predictably bad AI program GPT-3 could enhance human productivity and creativity, writes John Thornhill. But the dark uses of such technology are just as easy to imagine, empowering disinformation campaigns and doctored videos. Plus, its statistical approach doesn’t filter out racism, anti-Semitism, misogyny and homophobia. (FT, Economist)

Mary Trump’s Lunch with the FT As a bibliophilic clinical psychologist, Mary Trump seems to have no overlapping traits with her uncle. How did she emerge from her family the way she did? Edward Luce asks over a videochat lunch with the president’s niece, now a best-selling author. (FT) Spare me the city-dweller’s longing for a rural idyll It’s a tempting idea: now that we all work from home (ie live at work), why stick with the city? asks Katie Martin. Unless, as in her case, she writes, you grew up in the back end of nowhere and wild horses could not drag you back. (FT)

Taking on an elephant-sized task Much like many of us, Mara, an Asian elephant, had travel plans in early March. The 50-year-old elephant was scheduled to be brought from Argentina to Brazil to end her decades in captivity. But then Covid-19 swept the world, complicating her journey. (New York Times)