The founder of TikTok has defended a plan to sell the US arm of the viral video app, as his investors threw their support behind a bid for the business by Microsoft.

In a second letter to employees in as many days, Zhang Yiming, the chief executive of ByteDance, the owner of TikTok, said he had “no choice” but to submit to demands from US regulators and the White House to sell the app.

“As a company, we have to abide by local (US) laws, and have no choice,” Mr Zhang wrote. But the forced sale, he added, “was not their purpose — it’s even something they (the US government) didn’t want to see — the real purpose was to completely ban and even more”, contending that the administration’s real goal was to kill off the app.

A sale to Microsoft is now seen both by ByteDance and its investors, which include General Atlantic, KKR, SoftBank and Sequoia China, as the only solution to avoid action by the Committee on Foreign Investment in the US and a complete ban of the app in the US.

The US tech group has until September 15 to resolve myriad problems in securing a deal for the Chinese video app. The forced sale highlights that the bifurcation of the internet is not just inevitable, but already a reality, writes our editorial board. (FT, Bloomberg)

Explosion rocks Beirut At least 50 people have been killed and some 2,700 wounded in a huge explosion that ripped across the Lebanese capital Beirut on Tuesday, the country’s health minister has said. Hamad Hassan’s comments were reported by local media, as fires continued in Beirut’s devastated port where the blast happened.

Kashmir curfew imposed one year after special status revoked Ahead of the anniversary of India revoking the special status of the disputed region, authorities are enforcing a security lockdown to prevent unrest. In the past year, Kashmir’s business community estimates their losses to be more than $5bn and that nearly 400,000 jobs have been lost. (Guardian, FT)

France halts extradition treaty with Hong Kong Paris will not ratify an extradition agreement with the Chinese territory after Carrie Lam, the city’s chief executive, delayed parliamentary elections by one year. A spokesperson for France’s foreign affairs ministry called for the elections to be “held as soon as possible” and allow “genuine democratic expression”. (Politico)

China’s new digital currency The People’s Bank of China is hoping its new digital currency, on trial in a number of cities, will reduce the dominance of Alibaba and Tencent. Meanwhile, the pandemic has reinforced the Federal Reserve’s role as back-up lender to its foreign counterparts. (FT, WSJ) 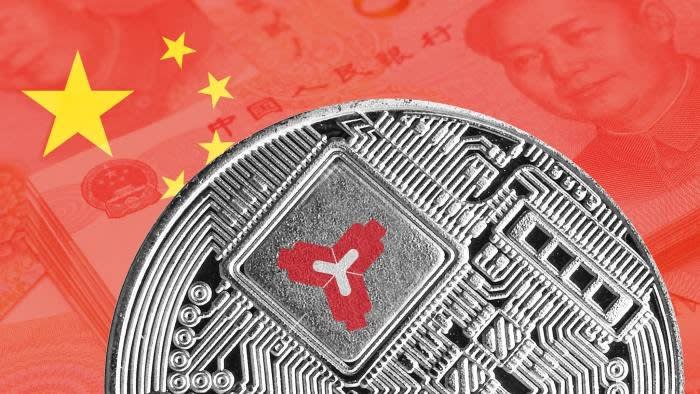 Argentina reaches debt deal The country has reached an accord with its biggest creditors on terms for a restructuring of $65bn in foreign bonds. Bondholders still need to vote on the deal but if approval is gained the country will avoid the threat of exclusion from the world’s capital markets as happened after its catastrophic 2001 default. (FT)

Ford to replace chief executive Jim Hackett Jim Farley, currently its chief operating officer, will take the top job after the US carmaker experienced three years of lacklustre share price performance while it also grapples with the development of new technologies and economic fallout from the pandemic. (FT)

EU launches probe into Google’s bid for Fitbit The European Commission has launched an in-depth investigation into the group’s $2.1bn bid for fitness tracking company Fitbit, citing fears that the takeover could harm competition in online advertising markets. (FT) 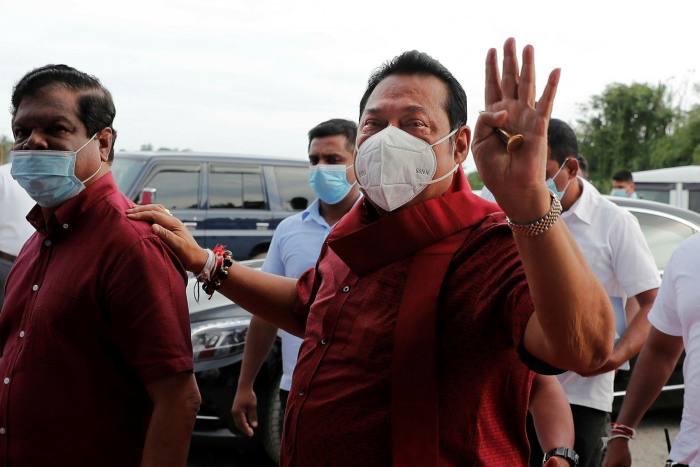 Brazil rate cut The country’s central bank is likely to cut its key interest rate on Wednesday to a record low of 2 per cent to cushion the blow from its economic collapse stemming from the Covid-19 outbreak — with the country having the second-worst infection rate and number of deaths in the world. (Reuters)

Good news, but no silver bullet, for Japan’s earthquake watchers A potentially big breakthrough on how new technology could aid early earthquake detection was announced last week. It’s imperfect, but false alarms are much better than nothing, writes Leo Lewis. (FT) 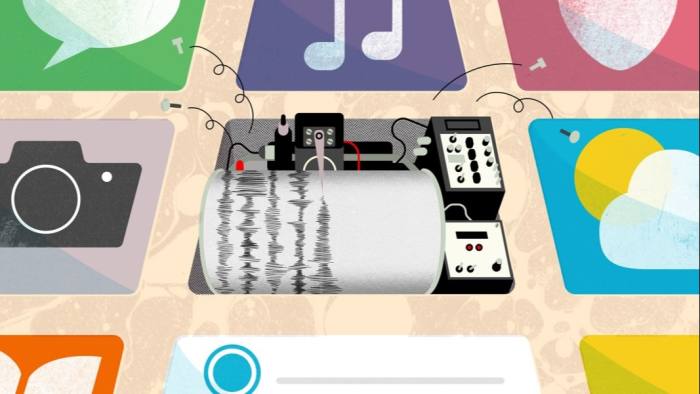 ‘Racism in literally every corner’ Less than 1 per cent of Hong Kong is of African descent, according to a 2016 census, but allegations of racial discrimination abound. “We should know how it feels to be the subjugated race, but we don’t always take the lesson, do we?” (SCMP)

This isn’t the first mask controversy Back in 1918, you could be fined $5-$10, or 10 days’ imprisonment for not wearing a mask, muzzle, germ shield or dirt trap — as they were known during the 1918-1919 influenza pandemic. Then, as now, face coverings stoked political divisions, despite being recommended by authorities. (NYT)

America in the world US foreign policy has often looked like a pendulum swinging between a selfish isolationism and a pious interventionism. For most of the time, though, real life has been rather more complicated, reveals former secretary of state and president of the World Bank Robert Zoellick in a new book. (FT)

The tech cold war comes to India A burst of nationalist anger in the country following a deadly Himalayan border clash has been directed at Chinese investment in its booming start-up sector — creating an opportunity for US tech companies to challenge Chinese rivals. (FT) 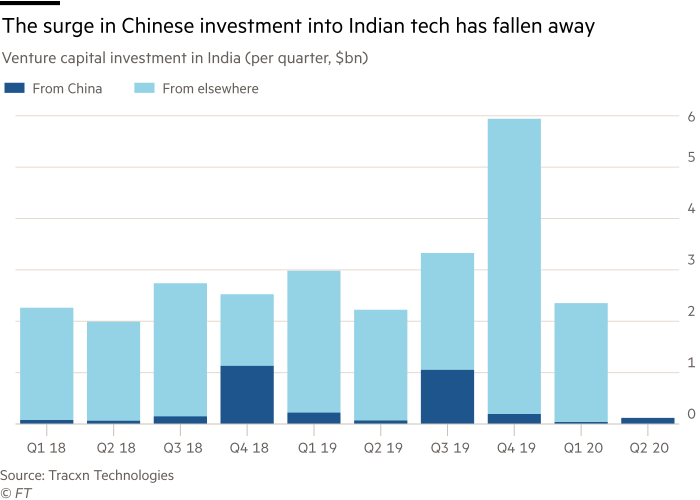 The Fyre Festival fire sale Now you too can own a piece of millennial history, as US marshals auction off the remaining Fyre merchandise seized from scammer/founder Billy McFarland after his spectacular 2017 conflagration in the Bahamas. (FT)

Twisted listing logic Special purpose acquisition companies accounted for a quarter of all US IPOs last year. The vehicles are attractive for companies, but investors should beware, Patrick Jenkins warns. (FT)

ESG funds must improve Boohoo’s disgrace should have been a vindication for sustainable investing — instead, it was an embarrassment for 20 funds that backed the fast-fashion retailer, Sarah O’Connor writes. Read more in Moral Money, our twice-weekly ESG newsletter. Sign up here. (FT) 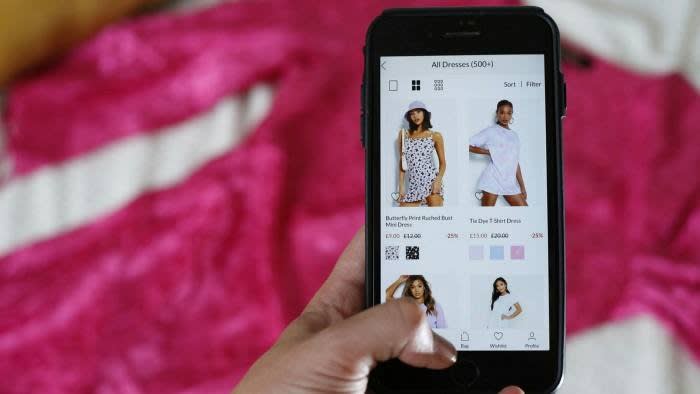 Digging deep is time-consuming, but if a newspaper can afford to do it, so can an asset manager © Hollie Adams/Bloomberg

A look at what readers are saying in the comments of: ‘Trump seeks Treasury cut in Microsoft deal to acquire TikTok unit’:

“A few billion dollars (is) a lot of money for Trump, but damage he has caused is the loss of credibility of the United States.” — Linda Li