Donald Trump has abandoned his opposition to Microsoft buying TikTok while vowing to ban the Chinese-owned video app in the US unless an American company acquired it by September 15.

Mr Trump also said the Treasury should receive a portion of any sale price, because the US would be helping the deal by allowing TikTok to continue to operate in the country. The White House, however, did not respond to a question about how the Treasury would be paid, given that it would be a private sector deal.

After saying on Friday that he opposed a US company buying TikTok — owned by China’s ByteDance — the president reversed course after speaking to Satya Nadella, the chief executive of Microsoft, which is in talks to purchase TikTok.

The FT’s Yuan Yang explains why Beijing is unlikely to defend ByteDance, or retaliate against Washington for forcing TikTok’s Chinese owner to sell the app’s US operations. The deal, however, has sparked criticism from Fred Hu, a prominent Chinese investor in ByteDance.

Chinese tech stocks jumped on Monday as traders focused on buying up names that could benefit from a decoupling of the world’s two biggest economies. (FT, Reuters)

Healthcare start-ups have seen a new wave of funding as the pandemic rages on. Follow the latest coronavirus developments in our live blog.

China factory activity expands at fastest rate in 9 years The Caixin manufacturing purchasing managers’ index, a private sector survey, beat expectations to hit 52.8 in July, its highest level in more than nine years. The data comes amid signs of a wider recovery from the coronavirus crisis in some of Asia’s biggest economies. (FT)

Trump could be investigated for fraud The Manhattan district attorney’s office suggested it may be investigating Donald Trump and his company for possible insurance and bank fraud, according to a new court filing. Mr Trump’s longtime private banker at Deutsche Bank is also facing an internal investigation into the terms of an apartment deal involving Mr Trump’s son-in-law, Jared Kushner. (CNBC, FT)

Australian university in censorship row with China The University of New South Wales, one of Australia’s most prestigious universities, has been accused of censorship following its decision to delete social media posts promoting an article critical of Beijing’s crackdown on Hong Kong. (FT)

JPMorgan reshuffles activist division JPMorgan Chase is bringing dealmaking and capital markets expertise to its shareholder advisory group as part of a broader effort to help clients fend off activist investors, ahead of what is expected to be a busy period for campaigns. (FT)

HSBC profits plunge The bank unveiled a surge in loan-loss provisions to $3.8bn and an 82 per cent drop in profits in the second quarter as it warned of the impact of US-China tensions. Regulators risk “utter mayhem” in markets if they do not radically reform clearing houses, warned former deputy Bank of England governor Paul Tucker. (FT)

Iranian stocks reach new high as retail investors pile in Iran’s main stocks index has swept to a new record high, driven in part by a push into equities among the country’s ordinary savers. The Tedpix index was up by 690 per cent on Monday, from the same time last year. (FT) 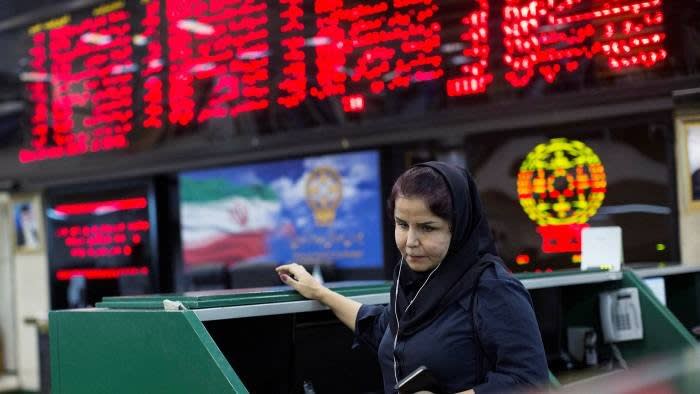 Ex-Ofcom board member rejoins Chinese state broadcaster CGTN has rehired a former board member of the UK media regulator, as the television network scrambles to protect itself against growing Ofcom scrutiny into its news programmes. (FT)

The Reserve Bank of Australia The central bank meets on Tuesday against the backdrop of the first bout of deflation in 22 years. Governor Philip Lowe has already ruled out negative interest rates, but he could well send out a signal that he is unhappy about the Australian dollar’s strength. (FT)

Argentina debt deadline The country’s sovereign bonds slipped 1 per cent on Monday, a day ahead of the August 4 deadline for restructuring talks. The government is again considering extending negotiations. (Reuters)

BP results The oil major will be the last to report second-quarter results on Tuesday, when a dividend cut is expected. For more, subscribe to Energy Source, our twice-daily newsletter on the latest from the sector. (FT) 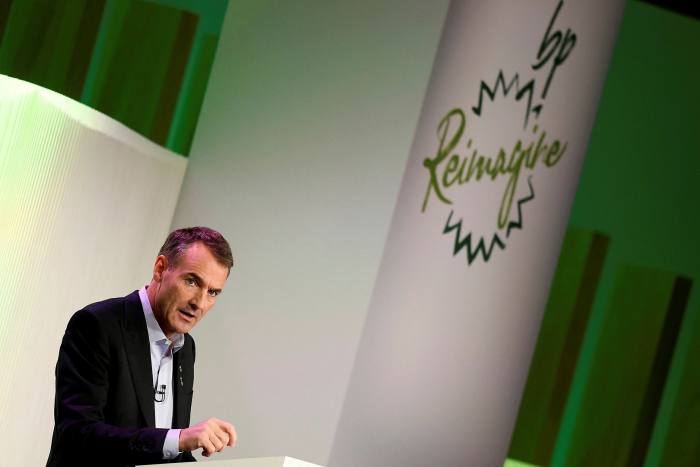 Join us for a discussion on the upheavals under way in the world’s energy industry — part of a series of FT events examining the political, economic and social changes caused by Covid-19. Sign up and tune in tomorrow, August 5 from 12-1pm EDT here.

How Brexit may strengthen the west Without Britain as a member, the EU is once again progressing towards “ever closer union”. And a stronger EU will be a more effective partner for a post-Donald Trump America, writes Gideon Rachman. The most recent European Council meeting in July helps explain why. (FT) 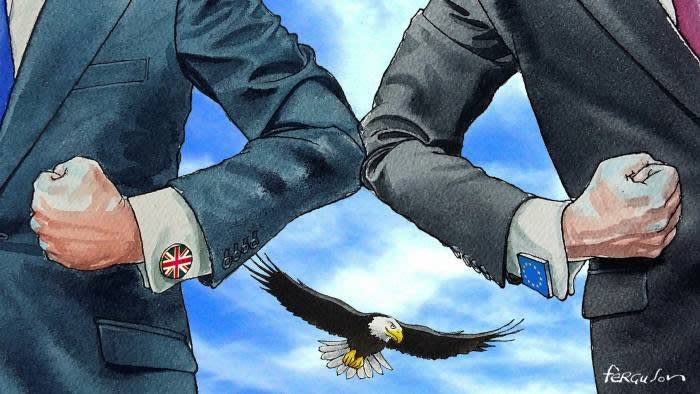 US chip industry plots route back to homegrown production American companies account for about half of the world’s computer chip sales, but only 12 per centre of chips are manufactured there. That’s led to rising worries in Washington over a looming vulnerability as trade tensions with Beijing continue to rise. (FT)

Newsroom at the edge of autocracy As Hong Kong’s largest English-language newspaper, the South China Morning Post plays an outsized role in covering the city’s unrest for an international audience. It may also be the canary in the coal mine for media freedoms as China’s power grows. (Atlantic)

Erdogan gambles on fast recovery With tourism struggling and investors fleeing, Ankara is spending billions to fend off a fresh currency crisis. President Recep Tayyip Erdogan says his nation is “strengthening the immune system of our economy against global turbulence”. But that’s a far cry from how most economists see it. (FT) 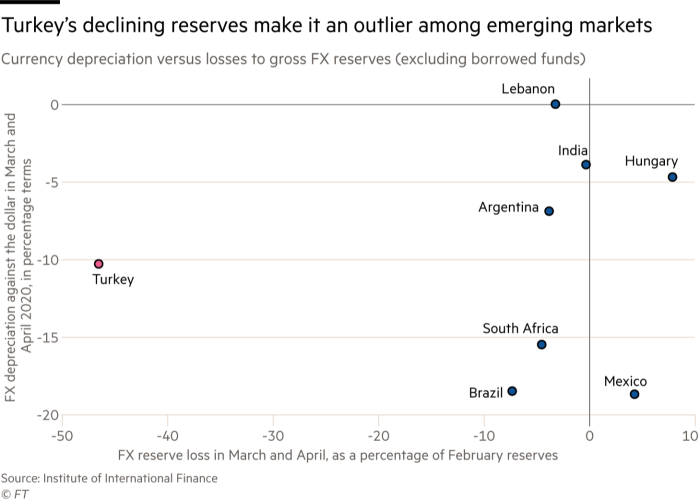 Police money in US politics under scrutiny Campaign finance data shows that Democratic politicians have received more funds from law enforcement organisations than Republicans over the past two decades. But a growing number of politicians have signed a pledge to no longer accept money from the Fraternal Order of Police. (FT)

America’s first female recession US women lost a decade’s worth of economic advancement in just three months of the pandemic, which has seen mothers cut back work hours four to five times more than fathers. The 19th*, with its launch this past weekend, seeks to set a new standard for coverage of gender and politics. (The 19th*, The Cut)

Is it safe to go back to the office? Office evangelists are making the case that most workers thrive in a lively urban workspace — especially women. Pilita Clark agrees: homeworking is starting to pall, but there may be a simple fix. How safe is it to go back? Lift or stairs? Here’s what the experts say. (FT) 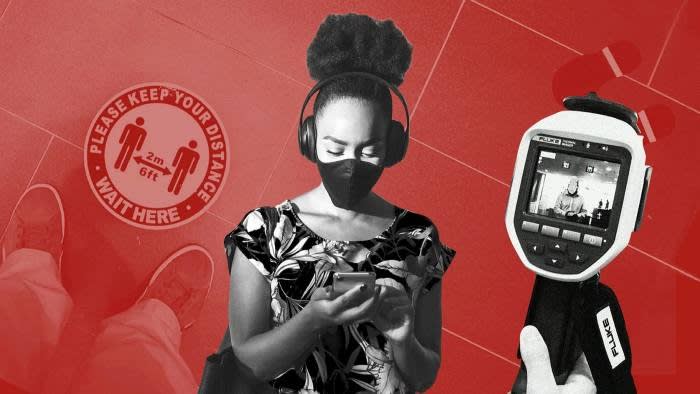 Can small restaurants survive coronavirus? In the third of a series of films on how restaurants are adjusting to life after lockdown, food writer Tim Hayward and Daniel Garrahan visit Brixton Village in south London. (FT)