Europe’s biggest banks are set to unveil another huge round of provisions for loan losses as they take stock of the damage wrought by Covid-19.

The largest UK, Swiss and eurozone lenders are expected to provision at least €23bn for the second quarter when they report earnings this week, according to analysts at Citigroup, on top of €25bn already taken in the first three months of the year.

When added to the $61bn reserved by the five largest US banks, the combined figure could reach $117bn, the highest net addition to lenders’ reserves since 2009 in the aftermath of the Lehman Brothers collapse.

Few economists project rapid “V-shaped” recoveries and more pain is expected when government support schemes wind down. Consulting firm Oliver Wyman forecasts as much as €800bn of loan losses for European banks over the next three years.

The FT View is that EU banks should heed the lessons of the 2008 crisis and tackle bad loans now. Capital markets editor Katie Martin covers the cottage industry of predicting the recovery, brought to you by the letter V — or maybe W. (FT)

HSBC denies Huawei ‘trap’ HSBC denied “setting traps to ensnare” Huawei in breaking US sanctions, its first public comments on the controversy. The US, which is looking to exploit cracks in the Russia-China relationship, also suspended its Fulbright programme in Hong Kong and China. Gold hit an all-time high. (FT, SCMP)

SAP announces Qualtrics IPO The German software giant intends to float US subsidiary Qualtrics, which it bought for $8bn two years ago. Chinese IPOs on Wall Street have more than doubled since the start of this year, raising $2.9bn despite US-China tensions. (FT) 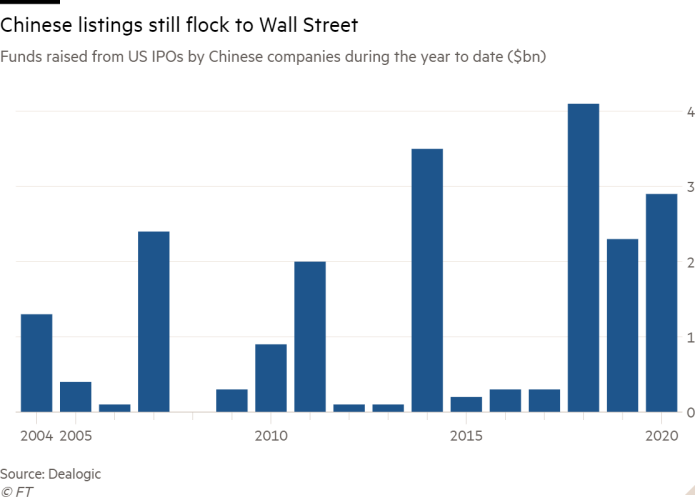 UK health kick Boris Johnson will unveil some of the world’s most restrictive marketing controls on unhealthy foods on Monday, including menu calorie labels and a pre-9pm watershed on television and online adverts. Nando’s will trial feeding chickens algae and insects to reduce carbon emissions. (FT)

Macron’s dilemma France’s president has postponed his flagship pension reforms to next year while his government steers the economy out of a Covid-19 recession. But with a presidential election looming in 2022, many wonder if Emmanuel Macron can risk angering trade unions again. (FT)

US oil production wells up US oil companies have increased production by 1.2m barrels a day over the past six weeks, as they restart wells shut when prices sank. Output bottomed out at 9.7m b/d in June but has since risen to 10.9m b/d. (FT) Why did ESG funds back Boohoo? Weeks before Boohoo faced allegations of poor working practices, it received a double A rating, raising questions about sustainable investment scoring. The UK fast-fashion retailer will open its own “model factory” in Leicester, chief executive John Lyttle said. (FT) 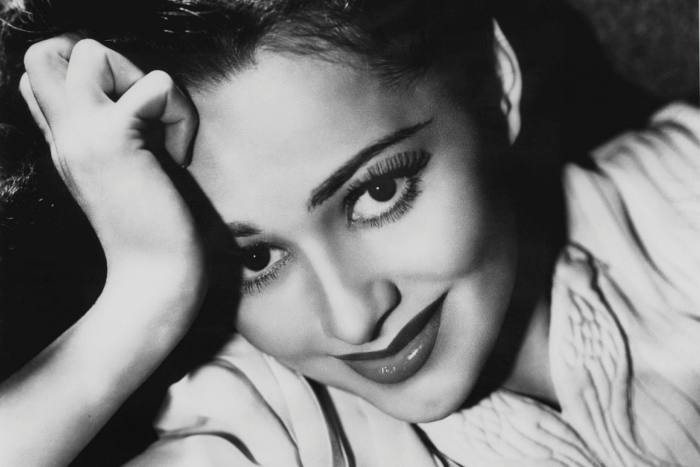 Big Tech testifies The chief executives of Amazon, Apple, Facebook and Google face a US antitrust subcommittee on Monday in what Rana Foroohar says will be the most important discussion of monopolies since the Microsoft case of the 1990s. But the race is still on to be the world’s first $2tn company. (Reuters, FT)

Chinese researcher in US court Juan Tang, who US authorities allege was a member of the Chinese military hiding in the San Francisco consulate, is to appear in court. In Chengdu, US diplomats left the consulate after a Monday deadline. (FT, BBC) 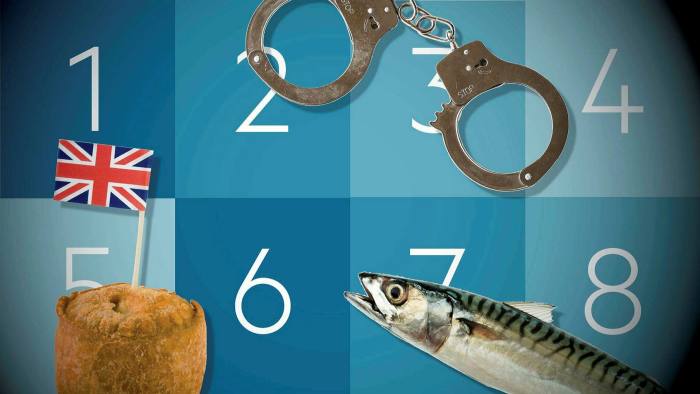 Boris Johnson has been shadowboxing around a deal, Peter Foster writes in our latest Brexit Briefing newsletter. Sign up here.

Earnings Ryanair reports first-quarter earnings on Monday, after having warned that it could face a €200m loss as passenger numbers halved. (FT)

India’s deepening coronavirus crisis For all the human suffering and economic damage inflicted by India’s stringent lockdown, it has failed to flatten the curve: the country has the world’s third biggest caseload, as experts warn a worsening crisis could hamper development for years to come. (FT) 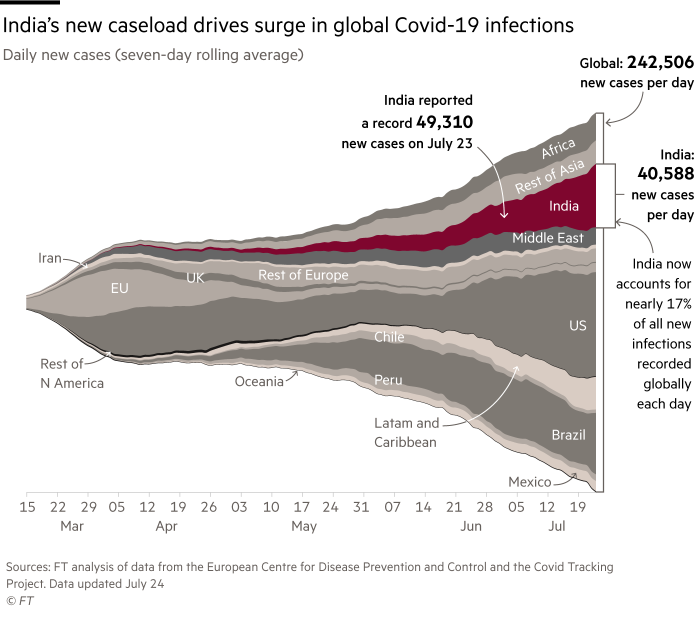 The ghost City Coronavirus could permanently transform London’s financial centre, which traces its roots back to 1376, as the success of homeworking keeps staff home. Hiring in a pandemic is less easy as it looks, Pilita Clark writes — but Andrew Hill says lay-offs are the worst of the bad options facing recession-hit companies. (FT)

Lunch with the FT Jim Chanos has been cast as the “Darth Vader of Wall Street” and the “Catastrophe Capitalist”. The 62-year-old short-seller, who predicted the downfall of US energy giant Enron almost two decades ago, prefers to describe himself as a “forensic financial statement junkie”. (FT) 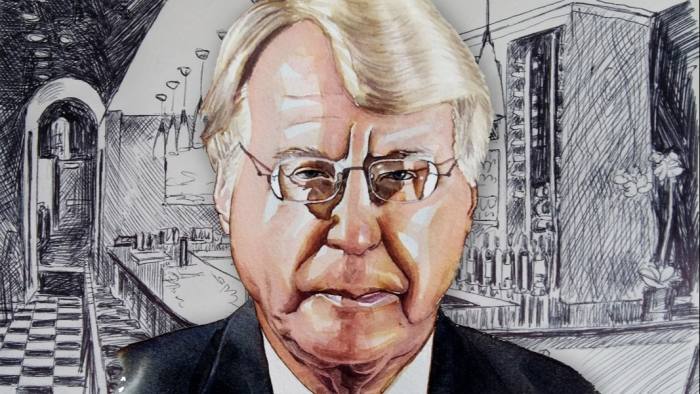 The short-seller on being a bear in a bull market, betting against Tesla and why he thinks ‘trouble’s coming’ © James Ferguson

Asset managers, eco-warriors Despite fears of a swift retreat from climate pledges, coronavirus has actually spurred commitments to sustainable investing as many warily foresee the economic damage of climate catastrophe. US investors are demanding data on corporate efforts to fight racial discrimination. (FT)

Johnson fuels Scottish separatism Boris Johnson’s first trip to Scotland since last December’s general election highlighted his status as the recruiting sergeant for Scottish independence, as calls grow for a second referendum. The FT View is that the government needs a positive strategy to preserve the three-century-old union. (FT) Sweden’s companies reap Covid-19 benefit From telecoms equipment maker Ericsson to consumer appliances manufacturer Electrolux, Swedish companies have beaten expectations, raising questions about whether the its light-touch coronavirus strategy was the correct course after all. (FT)

What are the wealthy buying? Diamonds and Dutch masters — jewellers, auction houses and property agents are reporting brisk business at the very top of the income scale, where coronavirus has proven more inconvenience than existential threat. (FT) 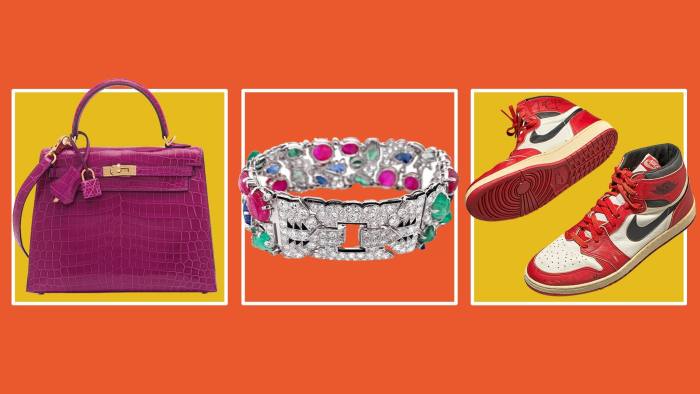 How to spot a Covid-19 outbreak from data Data journalist John Burn-Murdoch examines how the outbreak in England and Wales has unfolded and how data distinguishes isolated clusters from community spread. (FT)

Video: How to spot a local coronavirus outbreak from data