The White House is considering blacklisting TikTok, which would prevent Americans from using the popular video app, in a bid to stop China from obtaining users’ data.

Three people familiar with the debate inside the Trump administration said one proposal was to place ByteDance, the app’s Chinese parent company, on the commerce department’s “entity list”.

An official said the administration would reach a conclusion within a month. “We are going to send a very strong message to China.”

Last week, ByteDance said it was “evaluating changes” to TikTok’s corporate structure, including possibly creating a separate management board or establishing a headquarters outside of China.

William Barr, US attorney-general, also warned corporate leaders on Thursday that they could fall foul of foreign lobbying laws on Thursday over “appeasement” of the Chinese Communist party. (FT)

The FT View is that Covid-19 threatens the fight against global poverty. Follow our live coverage.

FT correspondents Claire Bushey and Dave Lee answered readers’ questions about how coronavirus will affect inequality. Here are the highlights.

US bank earnings Morgan Stanley was the only big US bank to report an increase in profit for the second quarter, as a trading and investment surge swept it to record revenues. Bank of America set aside $5.1bn for loans losses, halving its net income. Banks have made it through the pain, but investors aren’t convinced. (FT)

FBI probes Twitter hack The FBI and New York state have launched investigations into Wednesday’s unprecedented hack as Twitter faced security concerns ahead of the US election. The Great Twitter Hack has exposed the precarity of our online existence, Richard Waters writes. (FT, NYT) 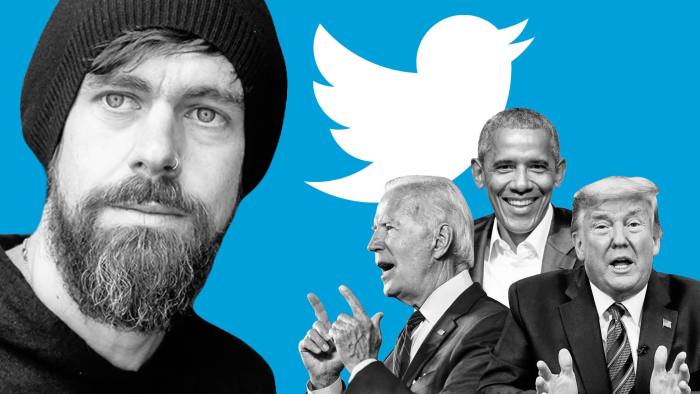 Twitter chief executive Jack Dorsey must reckon with a security breach where prominent Democrats were targeted but Donald Trump, a heavy Twitter user, was not © FT montage; Bloomberg; Getty Images

Frankfurt Book Fair goes ahead With a heritage that dates back to the invention of the printing press 500 years ago, the Frankfurt Book Fair is determined to defy coronavirus — even if it means a mostly virtual event that could become a template. (FT)

UK unity tested Westminster on Thursday set out plans for a new UK internal market after Brexit, but was immediately accused by Scottish and Welsh political leaders of a “power grab” intended to destabilise the four constituent nations. Food standards cannot be left to the market, writes Tesco chief executive Dave Lewis. (FT) 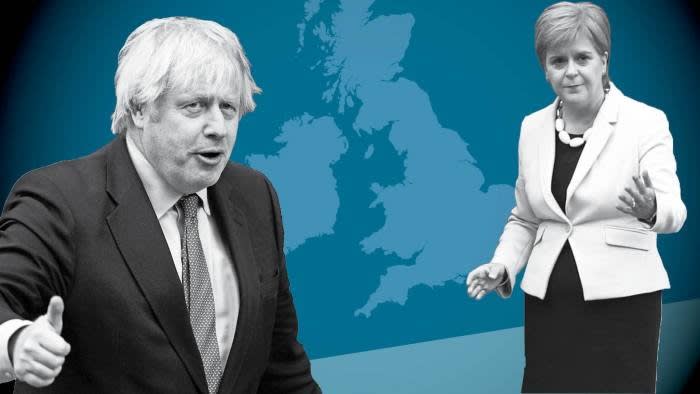 Nicola Sturgeon, Scotland’s first minister, said the UK government was seeking to ‘ride roughshod over the powers of the Scottish parliament’ © FT Montage/Getty/PA

The clock is ticking as focus turns to EU-UK border plans, Peter Foster writes in our weekly Brexit Briefing. Sign up here.

Shamima Begum can return to UK The London schoolgirl who travelled to Syria to join Isis should be allowed to return to contest the government’s attempt to revoke her British citizenship, the Court of Appeal ruled. (FT)

‘Campfires’ on the sun New pictures released by the European Space Agency on Thursday gave astrophysicists the closest view yet of the sun — taken from 77m km away, halfway between Earth and its parent star. (FT) Miniature flares that scientists are calling ‘campfires’ were found to dot the surface of the sun in the first images returned to Earth by the $1.5bn Solar Orbiter spacecraft © Solar Orbiter/EUI/ESA/NASA

EU recovery summit Markets will be watching as EU leaders meet in Brussels on Friday for fractious discussions over a planned €750bn coronavirus recovery package and the EU’s next-term budget. Our Brussels Briefing newsletter breaks down the sticking points — sign up here. (FT)

Virtual IOC The International Olympic Committee will meet for its 136th session on Friday via teleconference following an executive board meeting on Wednesday to discuss the delayed Tokyo games. (Inside Sport)

BlackRock earnings The world’s largest asset manager rounds off the week for financials on Friday when investors will learn how it fared after the brutal sell-off in the first quarter. (FT)

Covid-19 aggravates adverse trends Absent a miraculous recovery, the UK’s public finances will deteriorate as they did after the financial crisis, Martin Wolf writes. Rishi Sunak is spending freely. When and how will we pay? (FT) 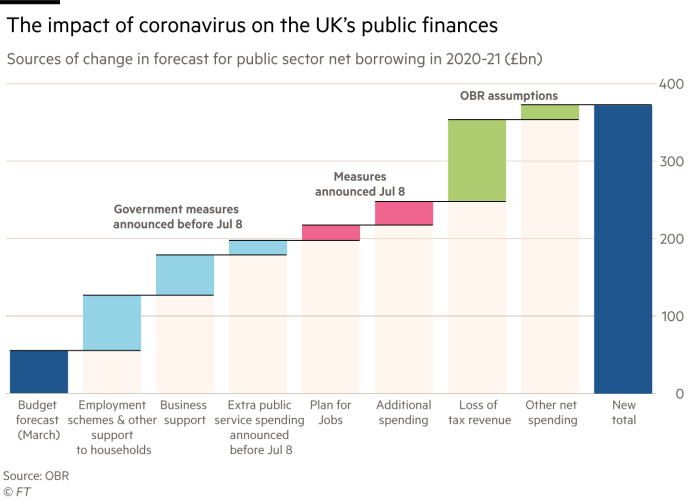 Pandemic M&A Covid-19 has thrown up a new corporate problem: dealmakers’ remorse. An FT analysis tracks the progress of 40 deals struck shortly before the pandemic. Here are stockpicking tips from readers who entered our annual contest — and are up by more than 200 per cent. (FT)

Israel’s annexation unravels For three consecutive elections, Benjamin Netanyahu has offered a signature, incendiary pledge: to annex wide swaths of the occupied West Bank. But a narrow window to secure backing for his agenda before the US election is closing. (FT) 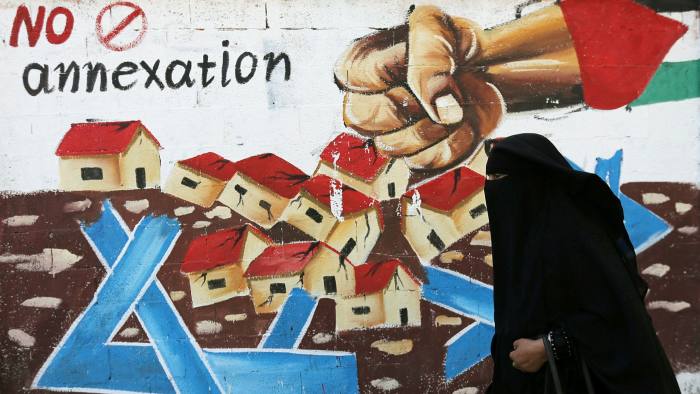 Welcome to the 15-minute city As the switch to home working takes hold, a new vision of urban living is emerging in which daily necessities — work, home, shops, entertainment, education and healthcare — are within reach by foot or bicycle. (FT) 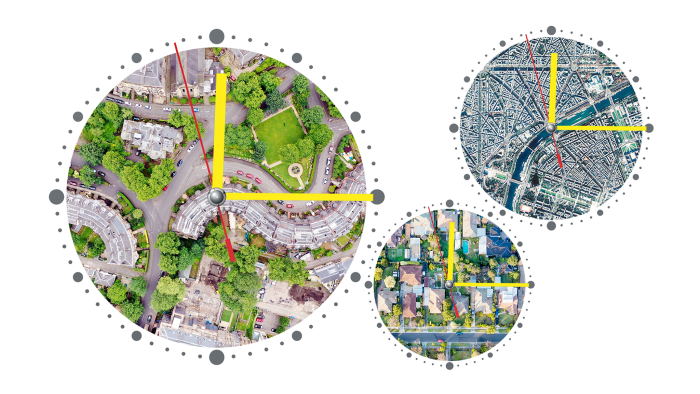 A trail on your doorstep As lockdown eases, many homebuyers are tempted to look further afield. The FT has scoured the UK and Europe in search of walking hotspots for property buyers. (FT) 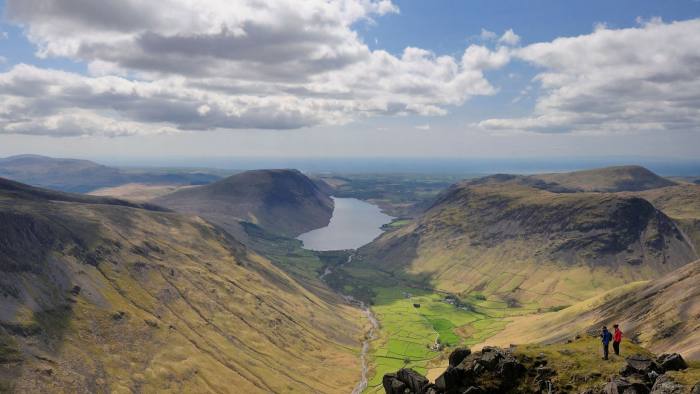 With restrictions easing, walking groups are beginning to reunite and trails across the country are reopening to people from around the world © Alamy Stock Photo

How Ireland gets its way On a per-head basis, Ireland may be the world’s most diplomatically powerful country. Its finance minister, Paschal Donohoe, last week became the eurogroup president; in June, it won a seat on the UN Security Council. But it wasn’t always so influential. (Economist)

This year, FT Weekend Festival is going digital. Tune in on September 3, 4, 5 for an online extravaganza of debates, live performances and more. For more information and to purchase a festival pass, click here.

Video: Why India is reconsidering its attitude towards China