Israel and the United Arab Emirates have reached a historic peace deal that will normalise diplomatic relations between the Jewish state and Gulf power.

The agreement, which the US helped broker, means the UAE is on course to become only the third Arab state to have full diplomatic ties with Israel, after Egypt and Jordan.

“HUGE breakthrough today! Historic Peace Agreement between our two GREAT friends, Israel and the United Arab Emirates!” US President Donald Trump said on Twitter. A statement by the UAE, Israel and the US said the “breakthrough will advance peace in the Middle East region”. But the move will infuriate the Palestinians.

The Palestinian leadership rejected the “surprising” announcement by the US, Israel and UAE, calling it “an assault on the Palestinian people and an abandonment of the rights of the Palestinians and the holy sites”. It called on the UAE to withdraw from “this disgraceful declaration”, saying it was a tacit recognition of Jerusalem, the contested holy city, as Israel’s capital, and urged other Arab states not to follow the UAE’s suit. (FT)

France ignites Turkey tensions Pressure between the two Nato allies sharply intensified after Paris deployed naval vessels to the eastern Mediterranean in support of Greece. What began as a dispute between Turkey and Cyprus is fuelling a regional power game, drawing in nations as far away as the Gulf, and causing deep unease in the EU and the US. (FT) 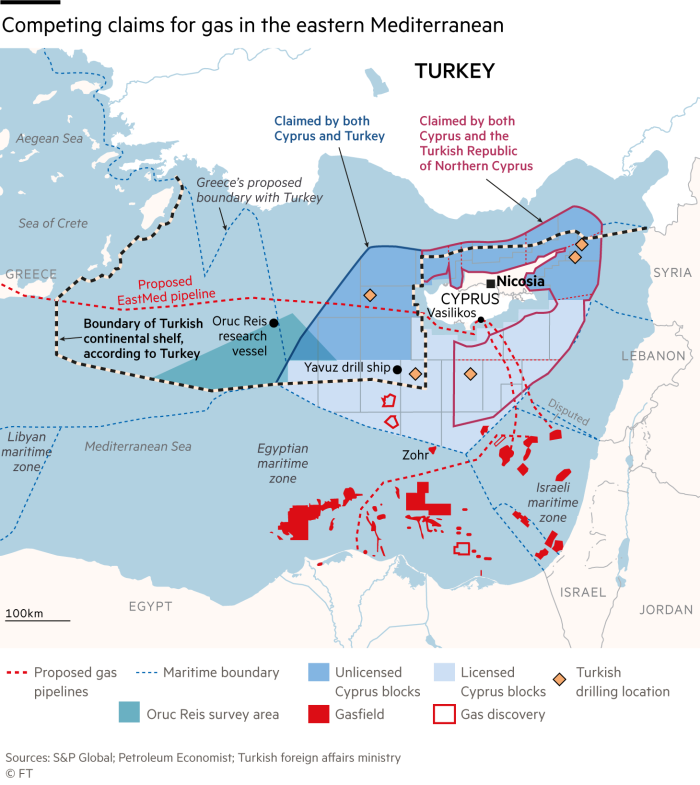 Military tensions between China-US Beijing’s military conducted exercises near Taiwan “to safeguard national sovereignty” in the face of rising US diplomatic exchanges with Taipei, underlining mounting tensions in the region. (FT)

Ripped chemical bags A 2014 inspection report by Beirut port authorities, seen by the Financial Times, labels the chemical compound ammonium nitrate as “explosives” and said that 1,950 of the 2,750 one-tonne bags filled with the chemical were “torn”. 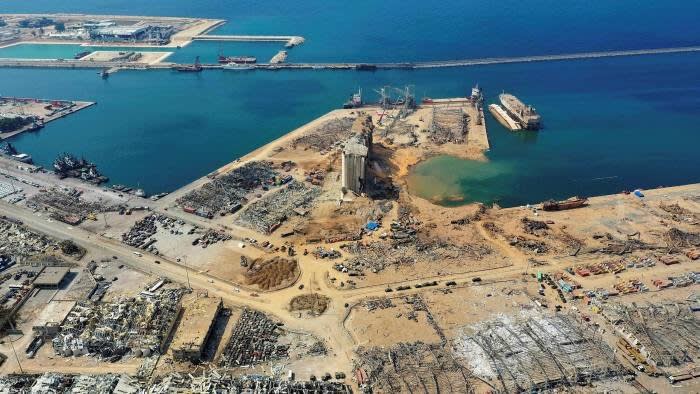 Saudi Arabia forces Pakistan to repay loans Islamabad will send its army chief to Saudi Arabia this weekend to try to resolve a growing diplomatic spat in which Riyadh is demanding Pakistan’s early repayment of a $3bn loan. (FT)

New US jobless claims dip below 1m New applications for US unemployment benefits fell below 1m for the first time since mid-March, an encouraging sign even though unemployment remains historically high. (FT) 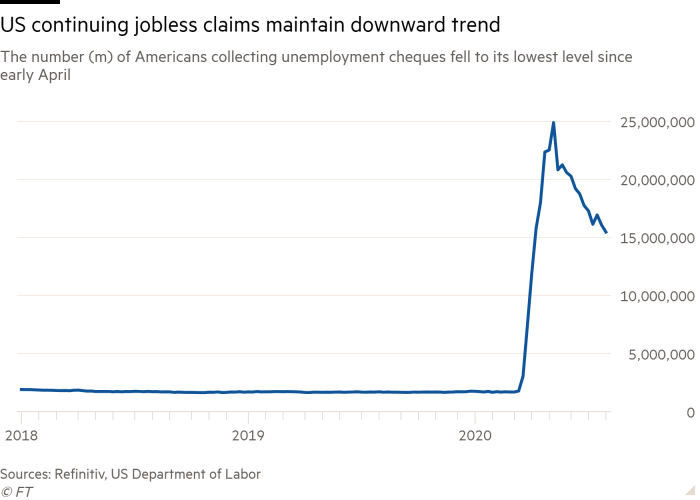 Trump vows to block funding for US postal voting Donald Trump has threatened to deprive the US post office of money needed for postal voting in November’s presidential race as Democrats and Republicans remain at loggerheads over a stimulus package, in a move set to undermine a system that will play a larger than usual role in the election. (FT)

Oil and gas industry freed from Obama-era regulation Methane leaks from oil and gas wells will no longer be regulated in the US, as the Trump administration rolls back environmental rules even in the face of opposition from large oil and gas companies.

Ripple attempts a reset The San Francisco start-up, whose digital tokens are known as XRP, has a total value of almost $30bn, behind only bitcoin and Ether. Yet, it is still trying to find compelling uses for the blockchain technology underpinning its currency that would justify such a high figure. (FT)

Economic data China is set to report retail sales figures on Friday, which are expected to paint a mixed picture. Investors seeking greater insight into the health of the US consumer will also receive two important data points — the retail sales report for July and the preliminary figures for the University of Michigan’s index of consumer sentiment for August. (FT)

Tensions in Eastern Mediterranean Mike Pompeo, US secretary of state, and Nikos Dendias, Greek foreign minister, will meet in Vienna on Friday to discuss tensions in the eastern Mediterranean, after Turkey dispatched a research vessel in a sea area claimed by Greece and Turkey. (Reuters, FT)

FirstFT Asia is taking a short break. We’ll be back in your inbox on Tuesday, August 18.

Joe Biden’s campaign of a lifetime Should he make it to the White House, the Democratic candidate would have completed the longest marathon in US political history, Edward Luce writes. But what manner of president would he make? November’s contest will be an election to decide America’s place in the world, Philip Stephens writes. (FT) 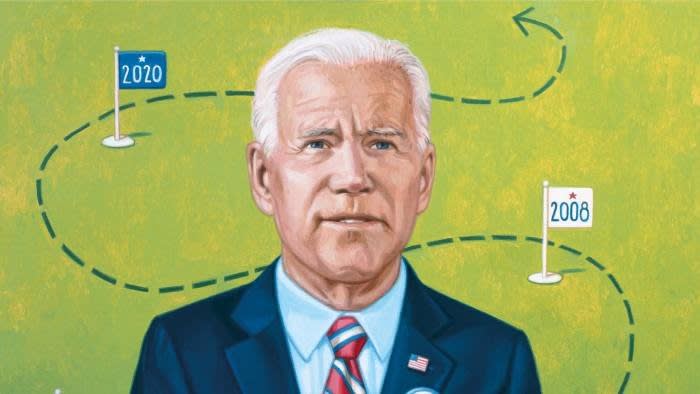 He has been trying to win the White House for more than 30 years. Can he beat Donald Trump in 2020? © Marco Ventura

Kamala Harris and the future of Democrats The elevation of the senator as Joe Biden’s presidential campaign running mate reinforces the progressive trend of the Democratic party. For Donald Trump, the beleaguered president, a Biden-Harris ticket will be difficult to overcome, says FT View. (FT)

The ‘Manganese King’ Jia Tianjiang’s aggressive use of leverage, which helped him rise from streetside apple vendor to metals tycoon, is a cautionary tale for companies snapped up by Chinese buyers. “Expect to see more of this.” (FT) 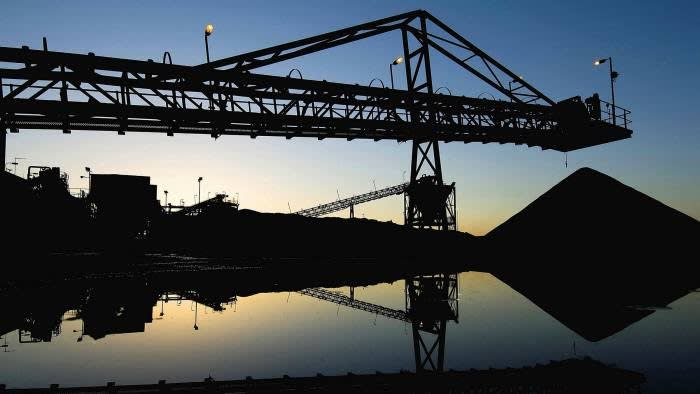 How Argentina sealed a breakthrough deal Martín Guzmán, the economy minister, and Jennifer O’Neil, a managing director at BlackRock, had reached an agreement in principle to restructure $65bn of foreign debt, allowing the country to move on from its ninth sovereign default since independence in 1816. (FT)

Pity the ruined nation of Lebanon What happened in Beirut last week might be seen in ordinary countries as the necessary prelude to a new start, writes David Gardner. But that won’t happen in Lebanon. The same elite that pushed the country down is already organising to take power again. (FT)

Can we trust Spacs? Special acquisition vehicles, which once had a reputation for allowing shady financiers to unload dodgy businesses, have become the hottest asset class in US equity markets. But an FT analysis from 2015 to 2019 shows Spacs are still a dicey bet. (FT) Stock market summer school The scarcity of holiday camps this summer has left many working parents wondering how to occupy their children. Moira O’Neill has a solution — a five-day business education programme for her children that will hopefully pay dividends. (FT)

The future of Lebanon An explosion at Beirut’s port this month has brought into sharp focus decades of corruption and mismanagement by the country’s political elite. Chloe Cornish, the FT’s Middle East correspondent, who lives and works in Beirut, discusses the impact of the blast with Gideon Rachman, our chief foreign affairs columnist. 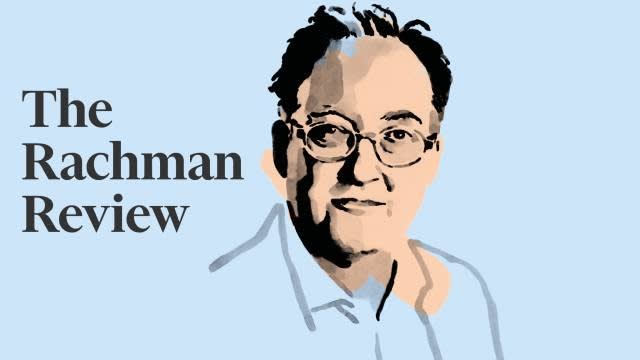