EY told Wirecard that the draft of an independent audit report by KPMG lacked “context” and could lead to wrong conclusions about the business at the heart of an accounting scandal that has shaken corporate Germany.

The German payments group’s longstanding auditor intervened just a day before the April publication of the KPMG report which raised doubts about a company now exposed in one of the country’s biggest postwar accounting frauds.

KPMG had been unable to verify the existence of activities which, on paper, accounted for half of Wirecard’s revenue and all its operating profit. Two months later Wirecard collapsed after this third-party acquiring business (TPA), which was said to carry out payments processing for the company in countries where it lacked licences to operate, was shown to be a sham.

Documents reviewed by the Financial Times show that EY and Wirecard saw two drafts of the KPMG audit before its publication. The investigation had been commissioned by Wirecard in October in an effort to allay concerns over the group’s accounting and was overseen by the supervisory board. (FT)

UK signals it will suspend extradition treaty with Hong Kong The move came as the British foreign secretary criticised Beijing’s “egregious human rights abuses” against its Uighur minority. Dominic Raab said on Sunday he would update the House of Commons on Monday on the UK’s extradition arrangements with Hong Kong. (FT)

US weighs ban on TikTok as friction with China rises The White House is considering putting TikTok on a blacklist that would effectively prevent Americans from using the popular video app, as one option to prevent China from obtaining personal data via the social media platform. (FT)

Chinese state seizes control of 9 insurers, trusts and brokers Regulators have seized control of nine troubled insurers, trust companies and securities brokers, in a sign that the government is still grappling to contain hidden risks within the financial sector. The move represents one of the largest financial takeover operations in recent memory. (FT)

Lewis, civil rights activist and congressman, 1940-2020 John Lewis, the son of sharecroppers who became one of America’s most prominent liberal politicians, died on Friday night after a lifetime as a totemic figure in the US civil rights movement and more than three decades as a Democratic congressman. Here’s how the Black Lives Matters generation remembers Mr Lewis. (FT, AP)

Flooding in India and Nepal displaces millions Nearly 4m people in northeastern India and neighbouring Nepal have been displaced by Brahmaputra River flooding after monsoon rains. There have been at least 189 deaths, government officials said on Sunday. (Nikkei Asian Review) 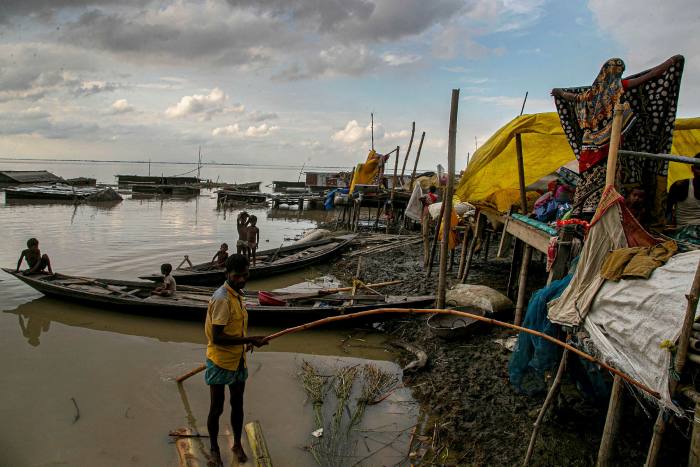 Floods have forced people to take shelter in temporary structures along the Brahmaputra River in Assam, India © AP

US Democrats seek probe into ‘secret police force’ in Oregon Senior Democratic lawmakers have called for inquiries into the Trump administration’s use of federal law enforcement officers to quell protests in Oregon, saying the administration did not have “unfettered authority” to crack down on peaceful demonstrations. (FT)

FBI probes Twitter hack The FBI and New York state have launched investigations into Wednesday’s unprecedented hack at Twitter. The Great Twitter Hack of 2020 has exposed the precarity of our online existence, Richard Waters writes. (FT)

People’s Bank of China decision The central bank will decide its key rate on Monday, which is likely to remain at 3.85 per cent, with the recovery of the country’s economy in June seen as giving the bank enough room to keep its monetary policy stance on hold for now. (FT)

US secretary of state visits UK Mike Pompeo kicks off the week on Monday with a two-day visit to the UK, where he will discuss coronavirus, China and Hong Kong and the US-UK free trade agreement with Britain’s prime minister Boris Johnson and Dominic Raab, foreign secretary. (FT)

Europe and US can still beat Chinese tech One of the biggest mistakes Donald Trump made in recent years was trying to go it alone in his technology and trade war with China, writes Rana Foroohar. The result led the US, Europe and China to move in separate digital directions. (FT) 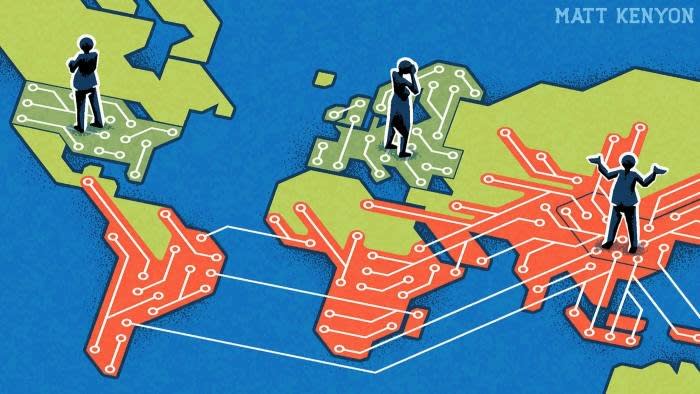 Brave Hong Kongers deserve better from investors Independent UN human rights experts have called for new mechanisms to monitor the deteriorating situation, such as the speedy appointment of a UN special rapporteur or envoy. The international business community should echo these calls, writes Darren Mann, a surgeon based in Hong Kong. (FT)

Carmen Callil’s Lunch with the FT For generations of readers, Carmen Callil changed the world. Virago Press, which she founded in 1973, put the lives and work of women centre stage and burnished the reputations of countless female writers. Ms Callil talks empire, injustice and more with FT’s Horatia Harrod. (FT) 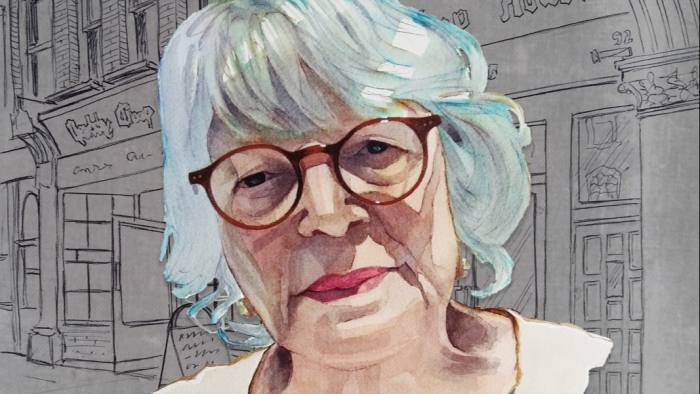 Turkey fuels regional power game over gas reserves Under the direction of President Recep Tayyip Erdogan, Turkey has adopted an increasingly assertive response to being excluded from regional efforts to exploit the area’s gas resources, which are subject to claims from at least eight countries ranging from Libya to Egypt and Israel. (FT)

How constant Slack messaging has made work more taxing Workplace chat was intrusive before the pandemic — and things have got worse, writes Pilita Clark. And because Slack feels so similar to the pinging messaging apps we use at home, it instils a sense of privacy at work that does not necessarily exist. When workers go back to the office, it will mean new elevator etiquette. (FT, WSJ)

Going to Mass during a pandemic The US is reopening, regardless of whether it will kill people. It forces the question: what is worth the risk? A haircut? Protesting for racial justice? A wafer and a few hymns? Claire Bushey found her choice was Mass, when she went to church for the first time since the pandemic began. (FT)

Pandemic M&A Coronavirus has upended the business world but for dealmakers there is a particular agony: buyers’ remorse. The FT has tracked 40 deals struck shortly before the pandemic. Here are stockpicking tips from readers who entered our annual contest — and are up by more than 200 per cent. (FT) Video: Why India is reconsidering its attitude towards China