Michel Barnier and his negotiating team have dialled down their hopes to permafrost levels ahead of this week’s Brexit negotiations in the UK.

EU diplomats were already briefed on Friday that prospects for progress are slim during the round that starts on Tuesday — the eighth since the negotiation began.

The climate for the talks is only set to worsen following revelations of UK plans to trim the country’s obligations under last year’s Brexit deal.

The FT reported on Sunday evening that sections of the UK’s upcoming internal market bill — due to be published this Wednesday — are expected to “eliminate the legal force of parts of the withdrawal agreement” in areas including state aid and Northern Ireland customs.

The development prompted an immediate and sharp response elsewhere in Europe. “‘Pacta sunt servanda,’ meaning ‘agreements must be kept’ is a fundamental principle in international law,” said one EU diplomat.

“If the UK chose not to respect its international obligations, it would undermine its international standing. Who would want to agree trade deals with a country that doesn’t implement international treaties? It would be a desperate and ultimately self-defeating strategy,” the diplomat added.

As the deadlock continues, any deal that might yet emerge at the end of the talks gets skinnier. Even an area where headway was being made before the summer, law enforcement co-operation, has hit stony ground because of persistent disagreements over data protection standards and human rights law.

With so much in the slow lane, Brussels is channelling its ambitions into particular pockets of the talks, such as giving a jolt to discussions on the cross-border energy market, where it thinks a way may have been found to keep trade alive without giving Britain the benefits of the single market.

But nothing can disguise that this was not where things were supposed to be.

September had been earmarked by both sides as the starting line for an all-out negotiating effort to solve the most difficult issues in the talks. Instead, after a dispiriting summer, few are predicting a quick change of pace.

UK foreign secretary Dominic Raab and chief Brexit negotiator David Frost made clear over the weekend that fast progress could be achieved — but only at the unlikely price of the EU dumping most of its negotiating positions.

Mr Raab spoke of a “moment of reckoning” while Mr Frost said it was time for the EU to wise up and recognise that Britain would not let itself be a “client state”. As the rhetoric escalates, EU officials quietly worry that the whole month might be a “write off”.

All this has MEPs worried: the European parliament needs to vote on any deal reached, and the assembly is increasingly concerned that the real moment of truth in the talks risks drifting closer to the end of the year, when Britain will exit the single market and customs union. That scenario would leave the assembly under pressure to rapidly adopt a deal before January 1 even if it only has a paltry number of weeks to study it.

MEPs are saying they will refuse to accept such a proposition, reiterating the importance of an agreement being struck by October 31. Anything later, they argue, and the window for democratic scrutiny will be too short.

Christophe Hansen, the European parliament’s lead MEP for the adoption of the future trade agreement, told the FT that “the assembly is not ready to sign a blank check — that is of course not going to happen”.

“We need it by the end of October,” he said, noting that even a skinny trade deal would run to several hundred pages.

His stance was echoed by David McAllister, chairman of the European parliament’s UK co-ordination group: “The main message from the EP this week was that October 31 is an important deadline for us,” he said. “We will not rubber stamp an agreement.”

Should the talks drag on, parliament will be faced with the invidious choice of deciding how much time is really too little when the future trading conditions for European companies with the UK are at stake.

But the democratic issue is real: any deal with the UK, however limited, will be one of the most significant trade pacts the EU has ever concluded. It will need the legitimacy that only detailed scrutiny by national governments and parliamentarians can provide.

People may well question why that needs to get sacrificed on the altar of political brinkmanship.

France is set to close the economic gap with Germany that opened up because of differences in how the countries measured the impact of the coronavirus lockdown on their public sectors, according to economists.

The French economy shrank almost 19 per cent in the first six months of the year, dragged down by the sharp drop in activity in its vast public sector, while Germany’s contracted 11.5 per cent in the same period.

Assuming French government activity has returned to pre-pandemic levels, it will offer a significant lift to French third-quarter GDP, offsetting some of the differential with Germany. (FT) 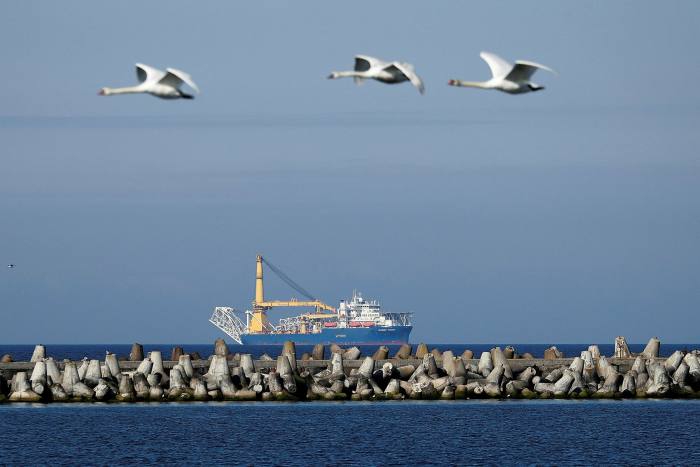 On Monday, EU commission executive vice-president Margrethe Vestager heads to Berlin for ministerial meetings and to deliver a speech before the German parliament.

Germany’s EU presidency continues negotiations with the European parliament on the bloc’s recovery fund and long-term budget. Parliament’s regional development committee votes to unblock €55bn of crisis funding. The assembly’s human rights subcommittee will hold a debate on the situation in Belarus.

Later this week, EU finance ministers are due to meet for talks in Berlin.

Brussels Economic Forum is the flagship annual economic event of the European Commission and this year the Forum celebrates its 20th anniversary.