Three leading European business organisations urged EU leaders to strive for a trade deal with the UK rather than permitting a “brutal split” between the economies as talks remain stalled on a number of fronts, including the politically divisive topic of fishing rights.

In a joint statement issued on the eve of a crucial EU summit on Brexit, German, Italian and French business associations on Wednesday warned that a no-deal outcome was a real threat that would trigger “cascading consequences” including tariffs, delays and blockages.

The presidents of Germany’s BDI, Italy’s Confindustria, and France’s Medef called on the bloc’s leaders to “explore all possible options to reach a solution which ensures smooth trade conditions, while maintaining the conditions for fair competition between the Union and its British partner”.

The intervention came as EU leaders prepared to meet on Thursday in Brussels for their first detailed stocktaking of Brexit this year.

The two sides have precious little time left and a huge amount of work to do if they are to strike deals on the future relationship, tariffs and quotas before the UK leaves the single market at the end of the year.

Earlier a UK spokesperson warned that differences between the two sides remain “starkest” on the neuralgic question of access to British fishing waters for EU vessels. EU leaders are expected to debate how tough a line to take.

France and seven other coastal nations are insisting the EU safeguard fishing rights similar to those the bloc enjoys now, something the UK has rejected as an affront to the entire rationale of Brexit.

But a senior German government official on Wednesday insisted that the EU did have room for manoeuvre, saying that “nothing is insoluble” in the negotiations with Britain.

A John Dory fish caught off the coast of Brittany, at a fishmongers in Paris, France © Nathan Laine/Bloomberg 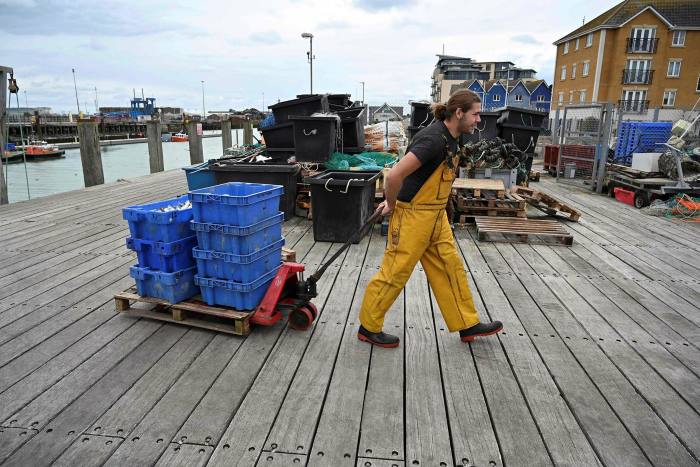 “Everyone realises that if there’s no deal the Europeans’ fishing quota in British waters will be zero,” the official said. “All the coastal countries in the EU realise that in future (their quota) will be less. Boris Johnson has said there will have to be a “significant difference”. And that allows us enough room for manoeuvre in our negotiations.”

The official said the talks covered not just the amount of fish the EU could catch, but “about the period of adjustment, so countries can adapt. It’s very sensitive politically, but technically it is solvable.”

The summit discussion will kick off a frantic final stage of future-relationship negotiations, with both sides aware that a deal needs to be struck in the coming weeks if it is to be ratified and in place in time for the end of Britain’s post-Brexit transition period on January 1.

One Brussels diplomat said EU leaders would express “a message of worry in view of the gaps in the negotiations” after their summit.

But EU officials said France and about a dozen other member states urged a tough line in the negotiations at a preparatory meeting of ambassadors on Wednesday, insisting that there were limits in how far the bloc could go to get a deal. 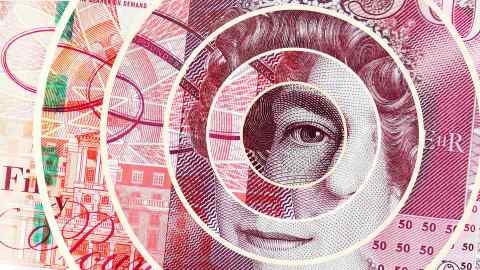 Officials said there was a real possibility leaders would toughen draft summit conclusions, prepared by EU Council staff, that call for an intensification of talks, with capitals keen to underline that Britain must show a spirit of compromise in the talks.

Boris Johnson, the UK prime minister, was set to speak with European commission president Ursula von der Leyen and Charles Michel, president of the European Council, on Wednesday evening to convey a sense of urgency ahead of the summit.

The prime minister’s official spokesman said “some progress” had been made in talks this week, primarily in technical areas, but there were still differences, with fisheries being “the starkest”.

Mr Johnson would make a decision about the UK’s next steps “in light of the European Council”, the spokesman added.