The EU’s struggle over which outside countries to exempt from its blanket pandemic entry ban is a case study in how hard it will be to revive international travel while the health emergency rages. The still-inconclusive talks between member states also show the perils of trying to make hard coronavirus crisis rules out of soft data.

The aim is to have a final deal by Tuesday on a tentative agreement struck by EU country ambassadors in Brussels on Friday night and subject to review every two weeks. This would allow residents of up to 15 nations (plus four European microstates) where the pandemic seems under control into the 27-member EU and Europe’s 26-country Schengen common travel zone from Wednesday.

The urge to revive tourism and give a wider sense of the EU reopening for business is understandable. Diplomats say one tension in the debate has been between countries sceptical about reopening and others for whom holidaymakers are economically vital.

But the proposed compromise of exempting only a tiny group of nations risks a worst-of-both-worlds outcome. It could have a minimal effect on travel while generating bad feeling and bad headlines — justified or not — from places left out.

Part of the trouble is deciphering whether nations deserve to be unbanned. The criteria — including trends in published infection rates and whether they are below EU countries’ own — are vulnerable to factors such as inadequate testing, official manipulation and sudden outbreaks.

These elements of judgment highlight why the debate is political as well as epidemiological. Serbia’s appearance on the list has drawn criticism, given questions raised over the quality of the information announced by Belgrade.

The demand for reciprocity from Beijing underscores another snag with the list. If countries on it maintain their own restrictions on arrivals from European countries, such as quarantine requirements, this will impose a continuing deterrent to travel.

A further problem is that the exemptions granted will not be automatic, since the list only has the status of a recommendation. The European countries will be free to continue to ban places on the list if they wish. They shouldn’t let in visitors from non-exempted nations — but they could still risk the potential political and legal fallout of doing so.

All this creates a danger that the European states don’t follow the list uniformly, further straining both the concept and practice of the Schengen area as a harmonised passport-free zone. It’s another reason why this modest reboot of transcontinental travel may yet prove less striking than the angst the affair has generated.

Europe’s economic recovery from the crisis is well under way but activity remains far below normal levels, suggesting that the rebound from recession will be a struggle. Early indicators of improvement include rising numbers of Europeans shopping and dining out. However, there are signs a full recovery is being hindered by social distancing measures. (chart and analysis via FT)

Energy Source is back 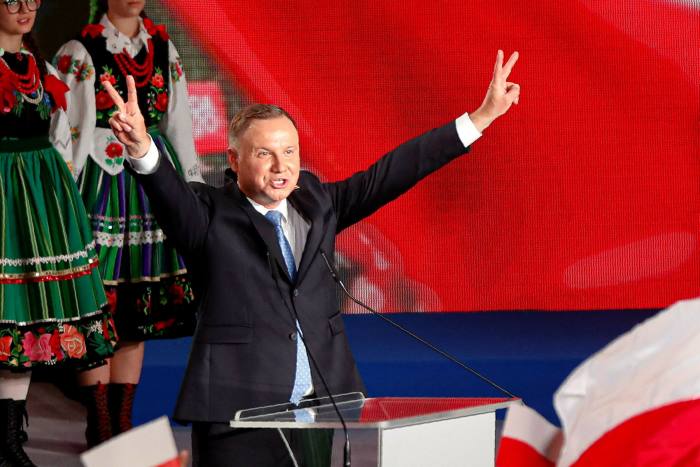 Fighting on
Polish incumbent Andrzej Duda was on Sunday night on track to win the first round of the country’s presidential election, paving the way for what is likely to be a bitterly contested run-off against his centrist rival Rafal Trzaskowski.

Mr Duda is running for a second term and backed by Poland’s conservative-nationalist Law and Justice party (PiS). Mr Trzaskowski, the multilingual son of a jazz musician who served as Europe minister in the centre-right government of Donald Tusk, has sought to rally voters with promises of local investments, improved relations with the EU and promises to provide a check on PiS. (FT)

Macron drubbing
French voters rejected candidates from President Emmanuel Macron’s four-year-old La République en Marche and turned instead to established political parties in the delayed second round of local elections on Sunday. It was a good night for Europe Ecologie-Les Verts (EELV), the French greens, with the party building on its strong performance in last year’s European elections to wrest the cities of Lyon, Strasbourg and Bordeaux from Mr Macron and the centre-right. In Marseille, a coalition of the left and greens led by Michèle Rubirola won the city after a quarter of a century of centre-right rule, early projections showed. (FT)

Three-way pact
Fianna Fáil leader Micheál Martin has been elected as Ireland’s new prime minister. He stands at the helm of a grand coalition with the party’s historic rival, the centre-right Fine Gael. The centrist party leader succeeds Leo Varadkar, who becomes deputy premier in a three-way deal with the Greens that ended months of deadlock. (FT)

Finding a level playing field
Brussels officials say that the prospects for an investment treaty with Beijing should be more clear by the end of next month, as they warned that the trade talks are entering a “critical stage”, write Jim Brunsden and Sam Fleming. But EU officials have also warned that the bloc is preparing new legal tools to curb Chinese investments into vulnerable European companies and ensure the Asian nation — and others — play by the same rules as other member states.

In an interview with the Financial Times, Valdis Dombrovskis, the European Commission’s executive vice-president in charge of economic policy, said: 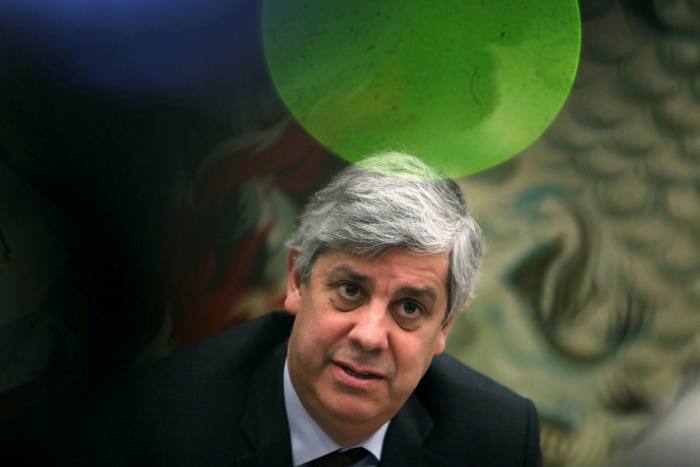 Centeno’s new gig
António Costa, Portugal’s prime minister, has said he will nominate Mário Centeno, who resigned as finance minister two weeks ago, as the next governor of the country’s central bank. Mr Centeno also recently quit his job as president of the eurogroup of eurozone finance ministers. He will succeed Carlos Costa as Bank of Portugal chief when his term ends early next month. (FT)

Regulatory overhaul
Germany is set to make changes in the way it oversees accountancy firms as officials seek “radical solutions” in the aftermath from the fraud at payments company Wirecard. (FT)

Silent killer
The New York Times reports on how Europe and the wider world missed Covid-19’s silent spread and how health officials dismissed the risks for months:

“Interviews with doctors and public health officials in more than a dozen countries show that for two crucial months — and in the face of mounting genetic evidence — Western health officials and political leaders played down or denied the risk of symptomless spreading.

“Leading health agencies including the World Health Organization and the European Center for Disease Prevention and Control provided contradictory and sometimes misleading advice.

“A crucial public health discussion devolved into a semantic debate over what to call infected people without clear symptoms.”

In the spotlight
Germany’s slaughterhouses are in the eye of the storm after a meat processing plant was hit with the largest outbreak since the country reopened from the pandemic. The incident has exposed the tough conditions migrant workers in the meat sector endure. (FT)

Coming up this week:
On Monday, the EU’s commissioner for justice, Didier Reynders, is scheduled to appear before the European Parliament’s committee on civil liberties, justice and home affairs. EU leaders will hold a video conference with Moon Jae-in, president of South Korea, on Tuesday. On Thursday, German Chancellor Angela Merkel is set to hold a press conference to speak about the start of her country’s presidency of the European Council.