Brussels and the UK will press ahead with trade talks starting on Tuesday in Brussels even as both sides refuse to concede any ground over Boris Johnson’s plan to introduce new legislation which overrides his Brexit divorce treaty.

Maros Sefcovic, the EU commissioner in charge of overseeing last year’s withdrawal agreement, on Monday said Brussels would “not be shy” in legally pursuing the UK once an end of September deadline passes for the UK prime minister to rewrite his internal market bill.

“We maintain that the bill, if adopted in its current form, would constitute an extremely serious violation of the protocol, as an essential part of the withdrawal agreement, and of international law,” Mr Sefcovic said after a meeting with the UK’s cabinet office minister Michael Gove in Brussels.

He added that he had “repeated the EU’s request to withdraw the contentious parts of the draft internal market bill by the end of September” or face legal action.

The bill, defended by the UK as a safeguard against unreasonable behaviour by the bloc, seeks to rewrite parts of the withdrawal agreement relating to state aid and export certificates in Northern Ireland.

Following the talks, Mr Gove insisted controversial clauses in the internal market bill relating to Northern Ireland “will remain in that bill”, and that they were a “safety net” to protect the interests of people in the region. He added that the two sides remained “some distance apart” in some areas.

Brussels has identified legal options for pursuing the UK, including hauling the country before the European Court of Justice, or seeking an arbitration panel.

At a meeting with European parliament members later on Monday, Mr Sefcovic said the commission was undecided on what action to take and that he would discuss the matter with European Commission president Ursula von der Leyen.

According to a participant at the meeting, Mr Sefcovic outlined that the EU could legally pursue the UK even before the internal market bill is adopted for breach of its good faith obligations under the treaty. Were the bill to become law in its current form, Mr Sefcovic said, then the EU could launch proceedings against the UK for breaching two specific articles of the divorce deal.

EU officials said no decision was expected from the commission this week.

But while tensions remain over the internal market bill, Mr Sefcovic said the EU would not shut down trade talks over the dispute, with UK and EU teams set this week to hold their ninth formal round of negotiations.

After months of stalemate, there are tentative signs of progress, with negotiators hoping to move into intensive and more secretive discussions, known as “submarine” talks, from next week. 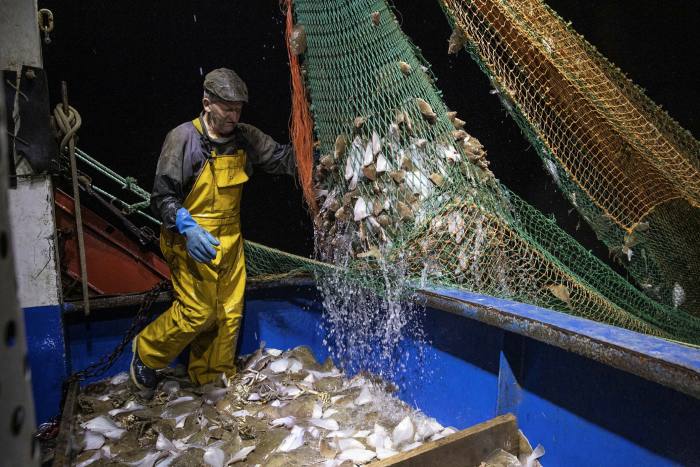 Michel Barnier, the EU’s chief Brexit negotiator, told MEPs on Monday there was an “improved atmosphere” in the future-relationship talks.

But Downing Street raised the prospects of the negotiations running up to the wire of a potentially critical meeting of EU leaders at the European Council on October 15 and 16.

“We would expect discussions to continue in the run-up to the European Council,” Number 10 said, adding that the British side would work to bridge the “significant gaps” that remain on the issues of access to UK fishing waters and state-aid rules.

Mr Johnson’s spokesman said some recent briefings that a breakthrough was imminent were “perhaps on the enthusiastic side”, but he said the last two rounds of negotiations had been “relatively positive”.