Hello from Washington! The summer is officially over. On Monday, Donald Trump made headlines by previewing a tougher line on trade with China in a press conference held in front of the White House, suggesting that the US president supported a full decoupling of the two economies. Elsewhere, here in DC, we’re turning our gaze back to the US-UK talks, which began another round yesterday.

Our main piece today is on the prospect of Lighthizer 2.0 — US trade representative Robert Lighthizer serving under Joe Biden — and why, if unlikely, the idea is not as mad as it sounds. Our person in the news is Jonathan Jones, head of the UK government’s legal department, while our chart of the day highlights how emerging market economies have suffered the most from the pandemic.

Our take on the Lighthizer rumour mill

There’s a strange rumour floating around Washington that Donald Trump’s top man on trade could stay on under Joe Biden, if he wins the election. Yes, you heard that right: bear with us while we explain. Bob Lighthizer, the US trade representative, has headed up Trump’s trade wars — one of the defining policy areas of Trump’s presidency — since 2017. Under the normal course of events, he would be expected to exit with his president, allowing a fresh Biden pick to take the helm.

Anything to the contrary would be highly unusual, but since several people have told Trade Secrets that it’s not the most bizarre idea in the world, we’ll entertain it momentarily. In theory, there is nothing to stop Lighthizer remaining in post into the first part of a Biden presidency, to tie up some loose ends. Biden has already signalled that trade will not be a top priority for him when he first enters office, and that he’ll instead focus on fixing the domestic economy and making sure the coronavirus recovery stays on course.

In this scenario, a good time for Biden to make a splashy new trade pick might be next July, with the expiry of the US’s Trade Promotion Authority — an important piece of legislation that governs the way trade deals pass through Congress, effectively setting out a fast-track process for their passage. Lawmakers will then get the chance to renegotiate the TPA through a long and likely ideological debate on the future of US trade policy.

As we’ve written before in Trade Secrets, the expiration of TPA matters a lot for the US-UK trade talks and provides a meaningful deadline (and a problem) for them. Those talks could continue at a fast pace and without the interruption of a personnel change if Lighthizer stayed on. He is also respected by Democrat lawmakers, particularly those on the left who agree with the sentiment about not selling out American workers in trade deals that see jobs move overseas to lower-wage countries.

Like Trump’s policymakers, Biden talks about ‘buy American’ and ‘make it in America’ © Rick Wilking/Reuters

Allowing Lighthizer to stay in post would signal that the Biden administration was, at least at first, uninterested in doing anything radically different from Trump on trade, instead relenting to a version of economic nationalism. It’s true that elements of Biden’s fledgling trade policy are sympathetic to those nationalistic ideas. Like Trump’s policymakers, Biden talks about “buy American” and “make it in America”, outlining government procurement strategies to boost federal spending on US manufactured goods. He also talks about the need to bring “critical” supply chains back from China — an issue that has been particularly hot during the coronavirus pandemic — and, despite previously supporting the normalisation of trade relations with China, is now keen to be tough and hawkish on China when it comes to both trade and national security. Lighthizer, of course, is on board with all that.

But there are plenty of reasons why it would be very odd for Lighthizer to serve under Biden. Republicans point out that Biden has attacked Trump’s trade policies, accusing the president of paying lip service to “buy American” policies, but not implementing them aggressively. Biden also backed the Trans-Pacific Partnership (the one Trump tore up) during his time as vice-president, and while he has said he would renegotiate the TPP to “hold China accountable”, Republican-minded trade folk are suspicious that Biden really will be tough enough on China.

For Democrats, meanwhile, Lighthizer would be an odd pick for the project of trying to repair the US’s ailing relationship with multilateralism. Biden will want to rekindle Washington’s friendships with traditional allies in Europe to help combat China, while Lighthizer has been part of an administration that has berated Europe for being too soft on China, often acting unilaterally.

More broadly, Lighthizer has been the face of Trump’s trade policy, which has been such a high-profile element of his tenure that it’s hard to imagine Lighthizer existing as a seemingly neutral or non-partisan force. All in all, it seems to us that the weirdness of him staying into a Biden term outweigh the benefits of continuity. If he did stay on, the smoke signal would be that Biden is not much interested in making his mark on trade from the outset.

Data this week showed that South Africa had its worst slump in decades in the second quarter during one of the world’s strictest Covid-19 lockdowns. The figures form part of a wider trend: that some of the largest emerging economies, including India and Mexico, have suffered the most from coronavirus-related lockdowns — and now have limited policy options as the pandemic continues. 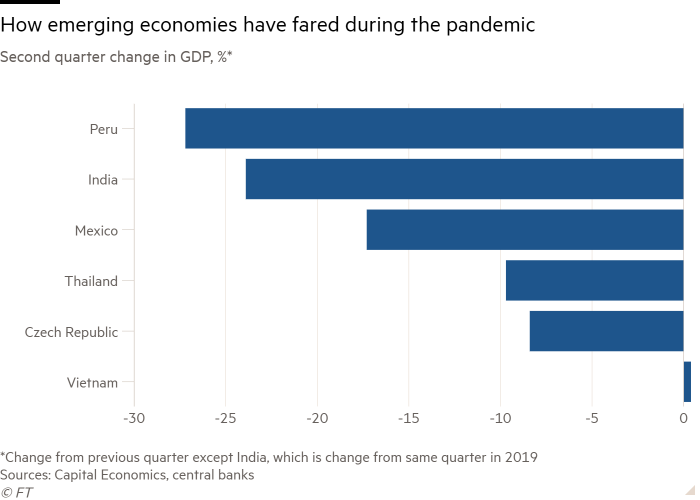 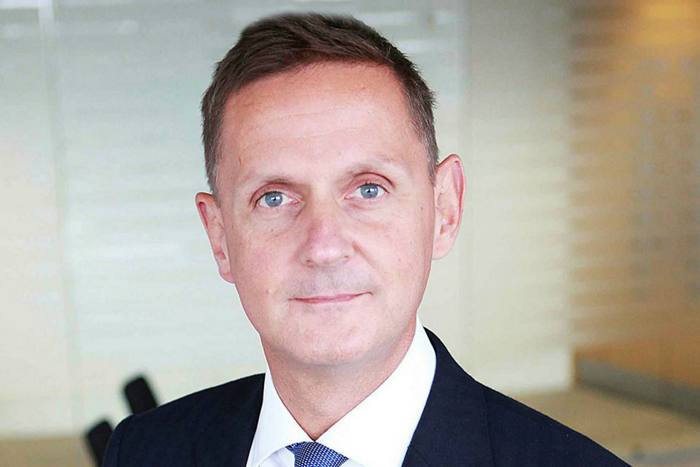 Legal chief Jonathan Jones has quit the UK government in protest at plans to redraw the Brexit withdrawal agreement © gov.uk

The FT revealed on Tuesday that Sir Jonathan had quit the government in protest at plans to redraw the Brexit withdrawal agreement, including rowing back on parts of the deal relating to Northern Ireland. Following his departure, a senior minister in the UK parliament admitted the move would “break international law”, a confession that astonished other Tory MPs and caused alarm in Brussels.