A widely-circulated cartoon by Paresh Nath, an Indian artist, captures the mood of how many people in the region view Beijing’s recent behaviour. It shows China hurling huge iron wrecking balls into targets across Asia. Hong Kong takes a direct hit. Australia and Taiwan get clobbered. A glum looking soldier on the Indian border puts up an unconvincing resistance.

To many observers, it can seem as if China is picking fights with almost everyone. Its opponents are not only in Asia; a tussle with the UK is escalating, ties with the EU are souring, relations with Canada are at “freezing point” and a visceral US-China rivalry is undermining nearly four decades of bilateral engagement.

The specific sources of such tensions are numerous. But most are being magnified by the issue of Hong Kong, upon which Beijing imposed its authoritarian will this month with a national security law that removes the “high degree” of legal and political autonomy promised to the territory on its handover to China from the UK in 1997.

“What (the new law) really tells us is that (President) Xi Jinping is a very different type of Chinese leader than his predecessors,” says Susan Shirk, professor at the School of Global Policy and Strategy at the University of California, San Diego.

Previous leaders were willing to tolerate Hong Kong’s autonomy because they believed its links to global finance and trade helped the development of the Chinese economy, she says. “Now, Xi Jinping has signalled to us that he is willing to sacrifice all of that in order to prevent any threat to the power of the party and himself in China.”

The law — which was imposed last week to end several months of sometimes violent protests for greater democracy in the territory — represents a step change in the way Hong Kong is governed. It paves the way for mainland China to dispatch its agents to Hong Kong to effectively oversee local authorities from a new “Office for Safeguarding National Security”, which will not be subject to local laws.

“In other words, they are untouchable under Hong Kong law,” wrote Donald Clarke, a veteran expert on Chinese law.

It allows for some “complex” cases related to crimes of secession, subversion, terrorism and collusion with foreign forces to be tried in the mainland under a legal system that bears little resemblance to Hong Kong’s. In addition, judges in Hong Kong may now be government-appointed and permitted to try cases in secret.

Perhaps most controversial, though, is a clause that gives the Chinese authorities powers to criminalise actions that take place well beyond its borders. The law states that anyone anywhere is liable for “offences under this law” and could be charged and tried upon entering Hong Kong territory.

“It is asserting extraterritorial jurisdiction over every person on the planet,” Mr Clarke added.

Within days of the law being implemented, the climate in Hong Kong has already changed dramatically. US tech companies are looking at whether to withdraw from Hong Kong, given that the authorities can now arrest executives who refuse a request to hand over online data. 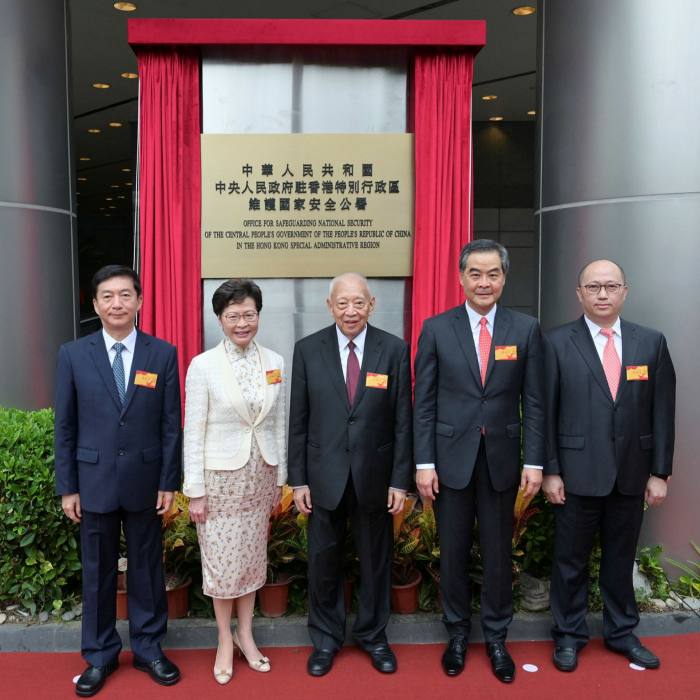 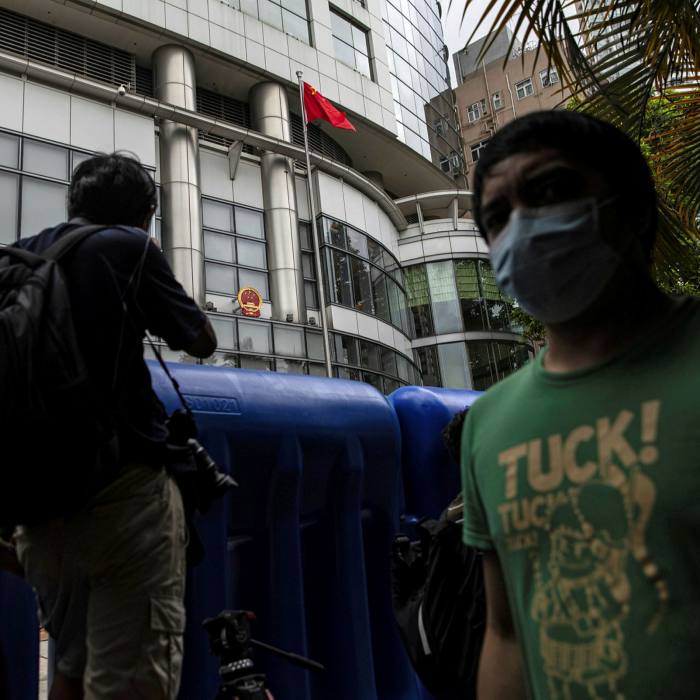 Foreign journalists received a warning this week that they could be expelled if they “cross the line” on reporting about politics in the territory.

“If you promote Hong Kong independence of course they will kick you out,” said Charles Ho, a member of the Chinese People’s Political Consultative Conference, the Chinese government’s top advisory body.

China’s tough stance toward Hong Kong provides a window on to how international relations — and particularly superpower tensions over the incendiary issue of Taiwan — have taken a dangerous turn in recent years.

A decision by the US in late 2017 to designate China as a “strategic competitor” underlined a more confrontational tone in Washington. The US-China trade war, which started in 2018, has exacerbated economic and political tensions across the board.

In September 2019, Mr Xi called for a harder edge to the way China conducted itself in the world, exhorting cadres to “dare to struggle and be good at fighting” when faced with challenges — helping to launch a new, assertive brand of “wolf warrior” Chinese diplomacy. 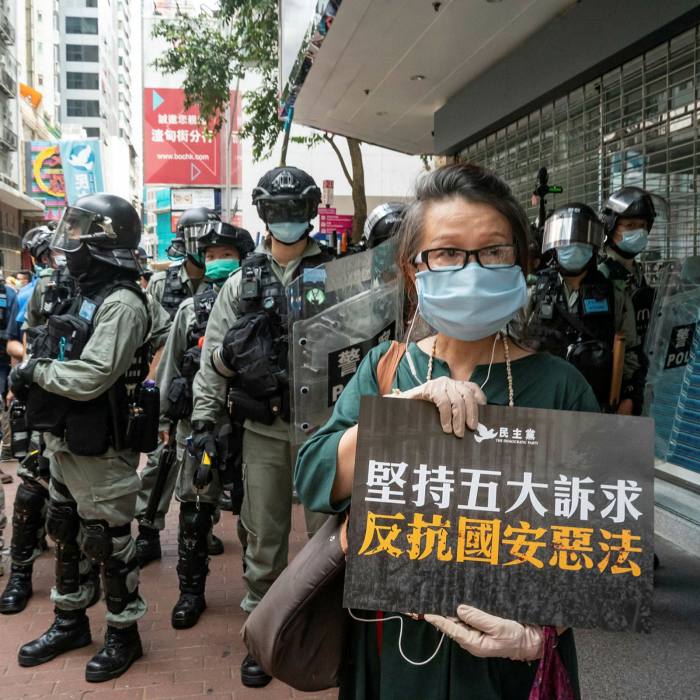 Mass protests in Hong Kong, which started in mid-2019, also fanned Beijing’s fears over Taiwan, an island of 24m that China claims as its own territory and pledges to unify with. Analysts say Beijing is worried that the clamour for greater self-determination in Hong Kong could embolden similar leanings in Taiwan.

For decades Beijing has sought to woo Taiwan back into the fold, stressing an objective of “peaceful reunification”. But in May this year, Li Keqiang, the premier, omitted the word “peaceful” from his work report to the National People’s Congress, the legislature.

“Beijing had already decided to get tougher on Taiwan even before the Hong Kong National Security Law was introduced,” says Yu Jie, senior research fellow at Chatham House, a UK think-tank. “Beijing does not see a prospect of having smooth ties with Taiwan in the next few years. As a result, Li Keqiang dropped the word ‘peaceful’ when he referred to reunification. Such a move is unprecedented.”

Some conservative mainland academics go much further. Li Su, president of the Modern Think-Tank Forum, posted a video on Chinese social media to celebrate Hong Kong’s new law as a step toward China’s “liberation” of Taiwan which he says should take place “sometime” around next year.

“China’s enemies are a bunch of dragons without a head,” Mr Li said in the video. “The US is already a hooligan nation. How can a hooligan nation be a leader? America doesn’t even qualify to be China’s opponent . . . What are they going to do, fight a war over Hong Kong?” China has rarely been shy about taking on individual countries that it feels challenge its national interests. Over the past decade, for example, it has launched commercial action against Norway, South Korea, Japan, the Philippines and other countries because of bilateral disputes.

But it is now fighting on a much broader front, spurring what Ms Shirk says may become a “global coalition” against it.

Jean-Pierre Cabestan, professor of political science at Hong Kong Baptist University, says that many of the countries China now sees as opposing it have been pushed in that direction by Beijing’s own actions. “China has become a besieged fortress surrounded by enemies and hostile forces,” he says.

Liu Xiaoming, China’s ambassador to the UK, accused London of “gross interference” in Hong Kong after it offered a path to UK citizenship for up to 3m Hong Kongers. He also warned that the UK will bear the consequences if it decides to prevent Huawei, a Chinese telecoms company, from participating in its 5G telecoms infrastructure. 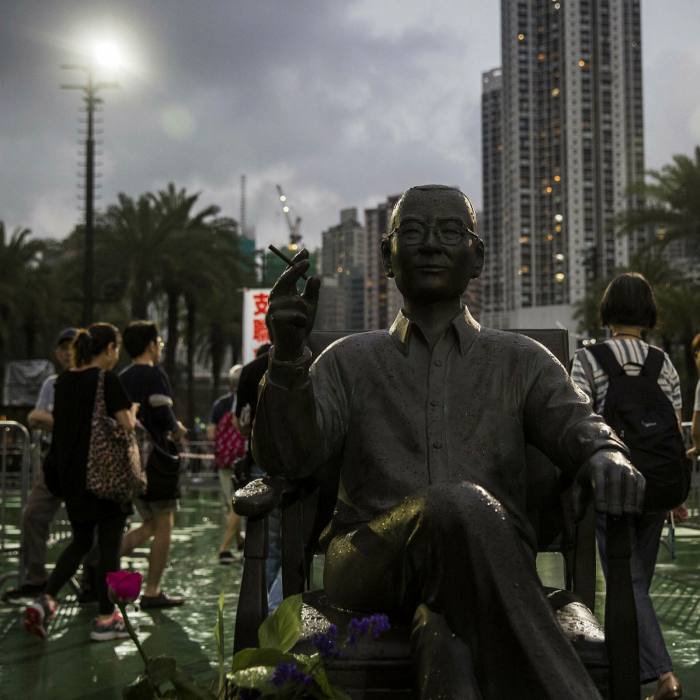 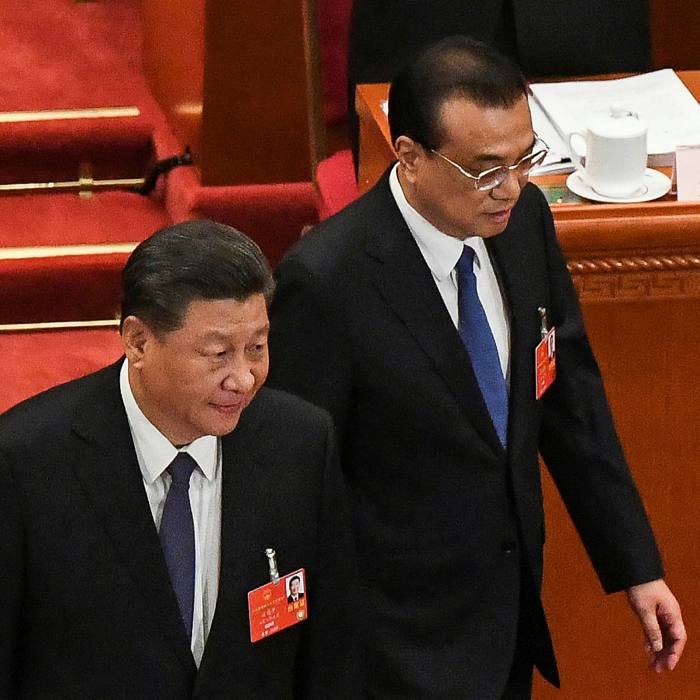 In May, premier Li Keqiang hinted that peaceful reunification with Taiwan might be harder in the wake of the protests © Leo Ramirez/AFP/Getty

Beijing also warned Australia not to follow the UK’s move on offering citizenship to Hong Kong residents — a request that Canberra ignored. Australia has also suspended its extradition treaty with Hong Kong — so it would not be required to return individuals accused of breaching the new security law.

China’s increasingly assertive stance has also been seen along its disputed border with India, where 20 Indian soldiers were killed after a brutal clash with soldiers from the People’s Liberation Army. The move has prompted India to ban 59 Chinese mobile apps and penalise other aspects of China’s commercial interests in the country.

As ties between the US and China plumb their lowest levels in four decades, Beijing warned the US this week not to engage in “McCarthy-style paranoia” as the two superpowers clashed over Hong Kong. It was referring to senator Joseph McCarthy, who led an anti-communist crusade in the 1950s.

Nevertheless, the US imposed sanctions under the Global Magnitsky Act on several high level Chinese officials deemed complicit in human rights abuses in Xinjiang, a northwestern region of China in which some 1m people from the Muslim Uighur minority are thought to be incarcerated.

Not content with fighting on so many fronts, Beijing also issued a warning this week to Canada. Relations are already deemed by Beijing to be at “freezing point” over Ottawa’s criticism of Hong Kong’s new security law but Canada has now suspended its extradition treaty with Hong Kong and halted exports of sensitive military gear to the territory. 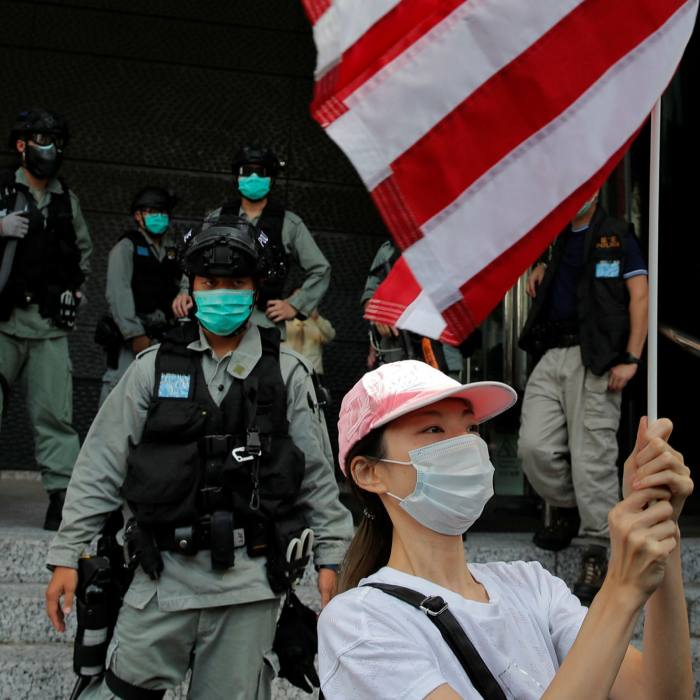 A campaigner carries a US flag to mark American Independence Day on July 4, as US-China tensions rise © Kin Cheung/AP 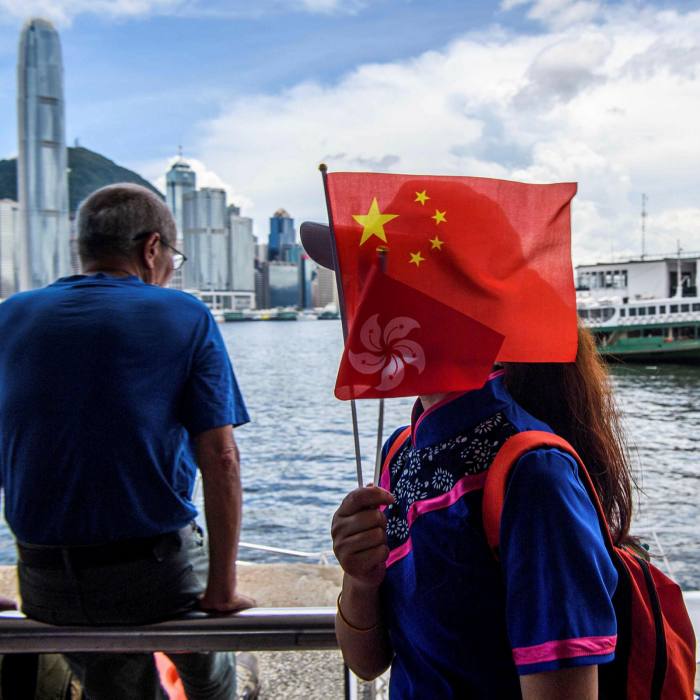 Yet, there is a school of thought in Beijing that says China’s drive to shore up control over Hong Kong will create a more stable situation in the longer term.

“We just want to put our house in order,” said Wang Huiyao, president of the Center for China and Globalization, a Beijing-based think-tank. “Some countries may not see the benefits of this for the time being but they will see sooner or later a more prosperous Hong Kong and more stable China, which is of benefit to the whole world.”

For now, there is little doubt that China’s reputation in the world is sustaining structural damage. “The China brand is being damaged quickly and extensively,” says Chen Zhiwu, professor of finance at the University of Hong Kong.

“I definitely think China has overplayed its hand. The wolf-warrior diplomacy has been counterproductive and hurts China’s own interests. China today is economically stronger and more powerful and hence more confident than 30 or 40 years ago, but it does not mean China should use its power like a wolf warrior would.”