Like much of the population I have been reading mainly unchallenging murder mysteries for the past three months, interspersed with the odd romance, of course. But I have also made some effort to keep up with the relentless stream of finance and political books still being published — and to think about the few it might be worth your while reading on your staycation or during your quarantine.

You will be pleased to hear that most can be happily ignored, being too long (almost all non-fiction books would, I’m afraid, be better as pamphlets), too complicated, too repetitive and too inclined to manipulate evidence to make a political point. One that is none of these things and that I insist you read if you have not, is Radical Uncertainty: Decision-Making Beyond the Numbers by John Kay and Mervyn King.

Its key argument is that while we all crave some level of certainty about the future, pretending that we can create it gets us into no end of trouble.

Think of the way we use models. We take hugely complex issues. We imagine how we might behave if we had perfect knowledge of the future. Then we try to create that perfect knowledge by building a model. We try to tame risk by quantifying it (this is all part of the “physics envy” that most economists constantly carry with them).

The problem? We don’t have much of the relevant data to do so. So we make it all up, something that makes the results a special kind of numerical nonsense. (The book was published just before the pandemic, but I think we all know the next edition will have a chapter on it with special reference to modelling failure.)

Kay and King say we would be much better off embracing our inability to forecast and leaving the door open to change all the time, or at least to “opportunities to take advantage of developments which are not currently seen with any specificity or perhaps not at all”. This may sound obvious to you. But it clearly isn’t to most politicians.

The authors point out that radical uncertainty is one of things that drives entrepreneurs — in a certain world we wouldn’t need their creative adaptability — but also point out that the west’s much-loved mythology of the “lone entrepreneur” single-handedly propelling an idea to the stars is just that — mythology. 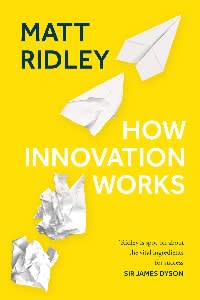 Instead good entrepreneurs draw on collective experience and intelligence to drive innovation. This brings us to Matt Ridley’s How Innovation Works. We like to think of innovation in terms of “revolutions, breakthroughs and sudden enlightenment”, says Ridley. But this illustrates the way we love a “great man” theory more than it does reality: even the Wright brothers’ lift-off in 1903 came after years of incremental tinkering and building on the work of others.

Innovation is a “team sport” won by gradualists. It’s also one that the government needs to leave to the market. The political love of certainty is no friend to real creativity — which needs full freedom to be flexible. 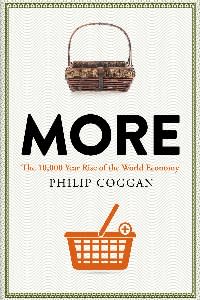 If this is the kind of theme that gets you going (it does me) move on to More: The 10,000 Year Rise of the World Economy by Philip Coggan, a fantastic sweep from the beginning of agriculture to our information age. John Bogle, the founder of Vanguard, used to tell a story (which I have nicked from another book on my desk, The Psychology of Money by Morgan Housel) about Joseph Heller being told that his hedge fund host at a party had made more money in a day than Heller had ever made from writing Catch-22. Yes, said Heller, “but I have something he will never have, enough”.

This sounds laudable. But in fact the last thing the global economy needs is too many people who think that enough is enough. To drive the innovation that fuels growth — and the longer, better lives that gives us — we need an awful lot of people always to want more, more, more.

As recently as 1940, says Coggan, 20 per cent of US homes had no electric light and 30 per cent no running water. In 1800, 85 per cent of the world lived in absolute poverty and no country in the world had a life expectancy of more than 40. Now the world average is more than 70. Since 1820 the global population has risen sixfold and income per capita (the most important number of all) ninefold.

It’s amazing stuff, and is based on the existence of a self-managing system of “dizzying complexity”, says Coggan. This works best when trade and people are free and the government mostly tries to provide welfare and to step in at moments of genuine crisis but does not waste too much effort on co-ordinating things that cannot be co-ordinated.

Boris Johnson doesn’t have much time on his hands for reading at the moment. But as the pressure on him to enlarge the state for the sake of recovery intensifies, I can only hope someone is providing him with the odd precis of this kind of book. 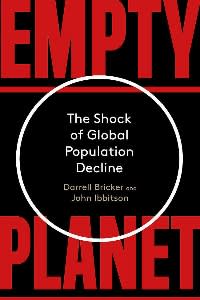 My final suggestion for your summer is, I think, the most important. It is Empty Planet: The Shock of Global Population Decline by Darrell Bricker and John Ibbitson. For thousands of years, innovation and growth have led to a rising population. As Coggan points out, the better we do the more people we can support.

But we have now reached a genuinely extraordinary tipping point: one in which the world as a whole is rich, urban and sufficiently gender equal to have fewer children — one in which we don’t have them to please families or provide in-house workforces, but for personal fulfilment (which mostly does not require very many children).

In about 30 years it looks likely that the global population will start to decline, as it already is in more than 20 countries. Bricker and Ibbtison say that population decline is not necessarily a good or a bad thing — unless of course the loss of “youthful optimism” also leads to a loss of innovation.

But it is a “big thing” — one that will change global politics, cut overall GDP growth (albeit maybe not per capita growth), transform social lives, and the environment too. We should be thinking about it — particularly now that, over the past few months, so many of us have had a glimpse of what life is like with fewer people in it.