The author, co-director of the World Inequality Lab at the Paris School of Economics, is one of a group of French economists who have put inequality on the intellectual map. In this short book, the author analyses the links between environmental and economic inequality. His conclusion is that we cannot solve one without addressing the other. An original perspective on two of our most significant contemporary challenges.

Hickel, an economic anthropologist, argues that we can save humanity and the planet only by abandoning capitalism, the idea of economic growth and notions about the domination of humanity over nature that date back thousands of years. To me, this programme is neither a plausible nor an effective way to respond to the imminent climate crisis. But it has been an education to read such a lucid exposition of this increasingly widely shared point of view.

This study of the relationship between democracy and globalisation argues that, as globalisation disrupts democracy we need to “globalise democracy”. Thus, the authors argue for more representative, effective and accountable government at local, national, continental and global levels, via novel combinations of direct democracy, representative government and rule by experts. This is an idealistic, but also logical, direction for humanity to go. But will it?

Beyond Confrontation: Globalists, Nationalists and their Discontents, by Phil Mullan, Emerald, RRP£19.99, 256 pages

Mullan, an economic consultant, stresses that internationalism must be rooted in thriving and stable states. That is because the latter alone possess political legitimacy. The book largely defines itself in opposition to what it calls “globalism”, which is, in my view, largely a straw man. Nevertheless, I hope Mullan is right in insisting that “We can have a genuinely internationalist, sovereign, national democracy”, as this is the only sort of internationalism the world is at all likely to have, at least in the near future.

This is an original and highly provocative book by an Indian academic who teaches in Copenhagen. Its idea is that India is being repackaged into a national brand to be sold to foreign investors. This, Kaur argues, is part of “an ongoing historical shift — the capitalist transformation of the nation-state wherein the logic of capital is the glue holding the nation and state together”. This project, he argues, both explains and justifies Narendra Modi’s otherwise surprising blend of Hindu cultural nationalism with pro-business policies.

The Costs of Inequality in Latin America: Lessons and Warnings for the Rest of the World, by Diego Sánchez-Ancochea, IB Tauris, RRP$44.99/RRP£21.99, 216 pages

As inequality has risen in the high-income democracies, their politics have become increasingly similar to those of Latin America, the world’s most unequal region. As this excellent book argues, the history of political instability and poor economic performance in Latin America provides a warning and a lesson. High inequality entrenches economic and political power. This then causes populist reactions. The parallels with contemporary high-income democracies are disturbing.

Bandit Capitalism: Carillion and the Corruption of the British State, by Bob Wylie, Birlinn, RRP£14.99, 240 pages

An excoriating book on the corruption that can lurk within contemporary capitalism. Wylie focuses on the case of now-bankrupt Carillion, which was a giant provider of outsourced services to the UK government. This company was looted by management, at the expense of taxpayers and workers. But, he stresses, Carillion is merely an extreme example of corporate malfeasance. When management is expected to run companies for the purpose of enriching themselves, trouble is sure to ensue. It did and it does.

We do not know what the world will look like in 2030. But we do know the underlying trends that will shape it, argues Guillén of the Wharton School. This thought-provoking book illuminates the most important: demographic shifts, notably the African baby boom; the changing nature of ageing and retirement; the emergence of a new global middle class; the rise of women as entrepreneurs and leaders; the challenges to cities; “more cell phones than toilets”; the sharing economy; and the future of money. It is fun. Enjoy.

Can capitalist businesses also have explicit social purpose? Yes, argues Cohen, a successful British venture capitalist. He has launched the idea of “impact investing”, which is explained in this book. The aim is to transform normal “risk-return” business into “risk-return-impact” business. The aim is nothing less than to create a new type of capitalism infused with social purpose. The book deserves to be read by anybody interested in such a revolution.

Written by two of the UK’s best economists, the book attacks the solipsistic individualism that permeates modern economics and far too much of modern society. The book’s animating idea is that humans are first and foremost social animals, as Aristotle argued. Our successes always depend on co-operation. The authors apply this concept to our economic, social and political institutions, which can, they argue, only be revived by being seen as self-sustaining communities.

Rentier Capitalism: Who Owns the Economy, and Who Pays for it?, by Brett Christophers, Verso, RRP£25, 512 pages

This book defines and describes the “rentier capitalism” that, alas, characterises substantial parts of the UK economy. It explains how wealth often follows not productive innovations, but rather the (largely undertaxed) ownership of scarce resources or monopoly positions. A sizeable proportion of these rents come from the underpriced sale of assets in the privatisation of public assets. One does not have to accept all of the author’s solutions, to agree that this is a scandal. 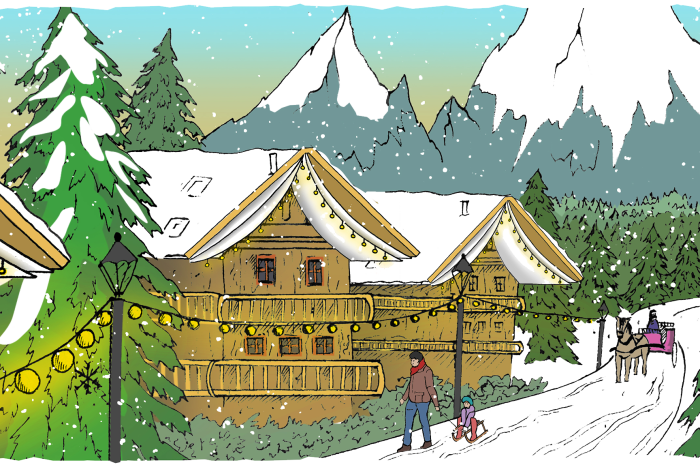 All this week, FT writers and critics share their favourites. Some highlights are:

This is a highly significant book, because it goes against the prevailing consensus. The authors, a distinguished academic and an independent researcher, argue that the low inflation, low interest rates and rising inequality of recent decades were overwhelmingly due to demographic shifts fuelled by globalisation — especially the entry of China into the world economy and the weight of the middle aged in high-income countries. Now deglobalisation and ageing will reverse all that, generating higher inflation, higher interest rates, rising wages and falling inequality.

Money For Nothing: The South Sea Bubble and the Invention of Modern Capitalism, by Thomas Levenson, Head of Zeus, RRP£20, 480 pages

A beautifully written account of the seminal bubble of capitalism: the South Sea Bubble, which occurred exactly 300 years ago. As happened so often thereafter, financial innovation generated mania, panic and destruction. The big innovation at that time was a close relative of the securitisation that led to the crisis of 2008, namely, “the decision to turn a bunch of individual loans, lotteries, annuities and other obligations into shares in the South Sea Company.” Some things, alas, never change.

What Do We Know and What Should We Do About Social Mobility?, by Lee Elliot Major and Stephen Machin, Sage, RRP£40, 120 pages

The authors are two well-known British experts on the economics of social mobility. In this short, but comprehensive, survey, they illuminate the relatively poor UK record on mobility and what might be done to improve it. The evidence is rigorously marshalled and the complexities (and political difficulty) of solutions equally clearly illuminated. A definitive study.

Competition is Killing Us: How Big Business is Harming Our Society and Planet — and What to do About It, by Michelle Meagher, Penguin, RRP£16.99, 256 pages

Meagher is a former competition lawyer. She saw the light, she tells us, after the collapse of the Rana Plaza clothing factory in Bangladesh in 2013. Driven by competition to cut costs and maximise profits, businesses may, she concludes, quite literally kill us. Competition creates power, which then leads to rank exploitation. What is needed, in response, is an antitrust policy that redresses corporate power and a system of corporate governance that ends domination by shareholder interests.

A lovely book. It describes and draws lessons from ten financial manias, from the South Sea Bubble to “Casino Capitalism with Chinese Characteristics”. It also explains bubbles with what the authors call “the bubble triangle”. Its three sides consists of oxygen, which is the “marketability” of assets, fuel, which is “money and credit” and heat, which is “speculation”. This combination recurs repeatedly and so do bubbles. Just like fires, financial manias and crashes are destructive, but they can also be useful, by clearing out dead wood.

Tell us what you think

What are your favourites from this list — and what books have we missed? Tell us in the comments below

What is going to happen to government in the high-income countries in the coming decades? Robinson, a consultant, argues that public spending is set to rise substantially relative to economic output. This will be due not to political shifts towards the pro-government left, but more due to the impact of ageing, improvements in healthcare technologies and the costs of mitigating and adapting to climate change. The book is quantitative, meticulous and sobering.

What is the basis of prosperity? Innovation, says Sainsbury, a businessman and former UK government minister. In this book, he develops what he calls a “dynamic capability theory of economic growth” as an alternative to the neoclassical perspective in which innovation is manna from heaven. Governments should not try to pick winners: they will fail. But governments of successful countries create national systems of education and training and, above all, of innovation. Governments have to support science and skill formation, as well as key industries and technologies if their economies are to prosper.

Subacchi is an expert on global financial and monetary systems. In this book, she lucidly describes the failings of the international monetary “non-system” that emerged after the collapse of the Bretton Woods system in the 1970s. Since then, the dominant role of the dollar, together with inadequate regulation, has bred massive financial crises. We need to restore a co-operative and global monetary and financial order, she argues. We risk, instead, the fragmentation of the monetary system and global economy into competing blocs and so even greater fragility.

For Economics books published in the first half of the year, see Martin Wolf’s mid-year selection

Listen to our podcast, Culture Call, where FT editors and special guests discuss life and art in the time of coronavirus. Subscribe on Apple, Spotify, or wherever you listen