Bankers have “smuggled” up to $6bn out of Lebanon since October, circumventing controls introduced to stem capital flight as the country plunged into its worst financial crisis in 30 years, according to the country’s former top finance civil servant.

Alain Bifani, who resigned as director-general of public finance two weeks ago in protest at the state’s handling of the crisis, told the Financial Times in an interview that the political and banking elite were trying to “continue to benefit from the system without taking any loss”, while ordinary Lebanese “may today pay a terrible price”.

Mr Bifani claimed banking sector data showed $5.5bn-$6bn had been “smuggled outside the country” by “bankers who would (not allow) every other depositor to take $100”. He reached the estimate based on his interpretation of the figures and consultation with Lebanon’s banking control authority, he said.

Fears of a run on the banks prompted the introduction of informal banking curbs last October. Under these, depositors are able to withdraw as little as $200 every two weeks and can transfer funds abroad only in exceptional circumstances. The government has not passed capital controls legislation, with banks instead imposing their own limits.

Despite the controls, foreign currency deposits of resident customers dropped from $82bn last autumn to $71bn by May, according to central bank data. Riad Salame, the bank’s governor, said much of this decline was related to the settling of domestic loans.

The finance ministry’s top civil servant for 20 years until his resignation, Mr Bifani is the highest-ranking government insider to sound the alarm over what he called the rapid “dismantling of the state”.

Comparing the problems with 1975, when a 15-year civil war broke out, Mr Bifani said he saw Lebanon’s “old demons coming back. And 5m human beings caught in a very, very dangerous and nasty situation”.

His warning comes as Lebanon is mired in an economic crisis rooted in dependence on imports and a $90bn state debt pile, which it defaulted on in March. Mass anti-corruption protests last October that toppled the government, more unrest this spring, a banking crisis and the impact of the Covid-19 pandemic intensified the country’s woes.

Gross domestic product is expected to shrink 13.8 per cent this year, according to official figures, hard currency inflows have stopped, the Lebanese pound has depreciated by 80 per cent on the black market and inflation is about 56 per cent. The situation has stoked fears that sectarian tensions could be reignited.

Mr Bifani caused shockwaves in Lebanon when he became the second official to resign from the government team negotiating a bailout with the IMF. Kulluna Irada, a Lebanese political reform lobby group, said the resignation of the country’s highest-profile civil servant “expose(d) a system incapable of reform and beholden to special interests”. 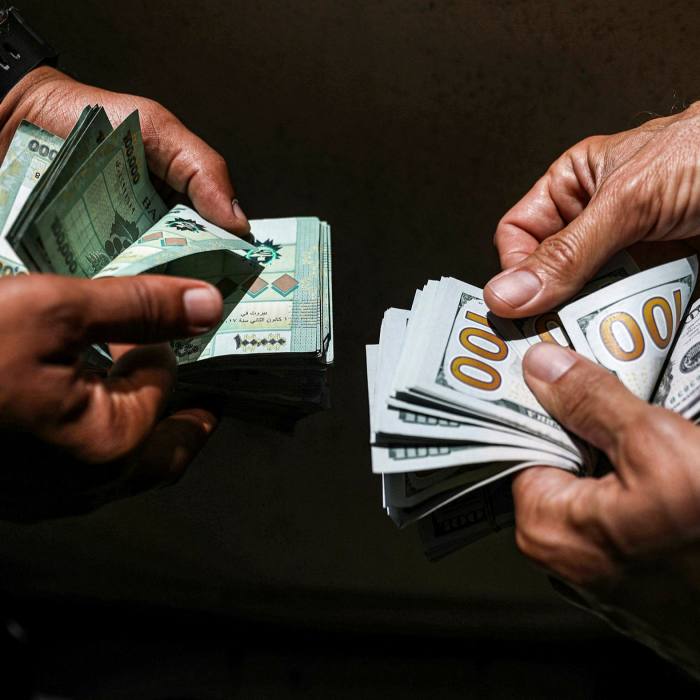 The IMF talks have since ground to a halt over internal Lebanese disagreements on the size of financial sector losses.

Critics have accused Mr Bifani, a former financial consultant and banker, of abandoning ship in the middle of the storm and of eyeing the central bank governorship. He denied wanting the job, calling it a “terrible task”.

Although Mr Bifani has courted controversy through past run-ins with politicians, opponents say it is too late for him to lambast a regime he was part of for two decades.

He shrugs off the criticism. “If you’re interested in what is happening in your country, you either fight or you don’t,” he said, asserting that he was stepping down now rather than being complicit in a collapse that would worsen inequality.

The crisis had revealed the determination of the political class that has monopolised power since 1990 to protect its vested interests, he said.

Describing a “dirty money elite” of politicians and bankers, he accused them of allowing the population to take the brunt of the economic crisis. “What is being done now is that losses are shifted massively to the population through the fall of the Lebanese pound,” he said.

Critics also note that Mr Bifani, as the highest ranking finance official in the civil service, was a member of the central bank’s overseeing board when the bank devised a controversial “financial engineering” scheme to boost dollar inflows.

From 2016 this offered high interest rates on dollar deposits, keeping the greenback flowing into the country and propping up local lenders. But the double-digit rates on offer squeezed out investment in productive industries as banks parked more than half their assets in the central bank.

Economists have described the operation as akin to a Ponzi scheme, and Lebanese officials estimate that the central bank has accumulated $50bn in losses.

Asked whether he voted in favour of the scheme, Mr Bifani said it “was never brought to the central board” and continued without the government’s knowledge.

Although analysts say the scheme was well known to the government, the new administration has ordered a forensic audit into the central bank. But according to Mr Bifani, some politicians, who he did not name, did not want to open the books because “there is so much corruption in the system”.

Graft also pervaded the civil service, he said: “Any civil servant in Lebanon . . . has the opportunity to make a lot of money.”

But he insisted that the department he once ran was not badly corrupt, adding: “At a high level in my (former) general directorate, I have a lot of very clean people.”