Since the start of the year, France, Italy and Poland have been battling to provide the next head of the European Bank for Reconstruction and Development, the multilateral lender set up to help former Soviet economies with their transition to the free market.

For the EBRD, the outcome of the contest will be significant, as the lender prepares for the latest expansion in its original mission in eastern Europe — this time to sub-Saharan Africa.

After months of wrangling, the contest appears to have narrowed to a two-horse race between France’s Odile Renaud-Basso and Italy’s Pier Carlo Padoan — and Poland is crying foul.

Tadeusz Koscinski, Poland’s finance minister, and his country’s candidate for the post, complained to the Financial Times that the bloc’s biggest players were riding roughshod over other states in the process of finding the next EBRD president.

On Monday, he wrote to finance ministers urging them to use a meeting in Berlin this week to make another attempt at coalescing around a single EU candidate — on a one-country, one-vote basis which would give an equal voice to all member states.

“It’s a dark cloud on how the democratic process in the EU works, and it seems to be the French and the Germans dictating to everyone else more and more openly,” Mr Koscinski said in an interview.

Member states had previously sought to agree on a common EU candidate, but the matter is not on the agenda for formal debate this week in Berlin. It will instead go directly to a meeting of the EBRD’s board of governors in October, where the president will be determined.

The meeting will bring together all the bank’s shareholders, including countries such as the US, Canada, Japan and China. The winner will have to clinch a majority of the 71 public sector shareholders by number and also by shareholding — a system which gives bigger countries more weight.

Mr Koscinski said that if the EU could not find a common position on the EBRD presidency, it would not bode well for even more complicated negotiations on the detail of the bloc’s multiyear budget. “It shows how far away we are from working together,” he added.

The country has been in an argument with Brussels since 2017 when the European Commission started Article 7 proceedings because of concerns about judicial independence. Rule of law worries have damped other capitals’ willingness to offer Poland such a big international position, said one European official.

France has meanwhile been putting considerable diplomatic heft behind Ms Renaud-Basso, director-general of the French Treasury, and is hoping the US, with its 10 per cent shareholding, will offer her its backing. This would leave her well-placed to clinch the post.

But given that it will be a secret ballot, no candidate will be able to feel 100 per cent confident until the votes are counted and announced, said the official, who joked that the EBRD shareholders are “the most duplicitous electorate in the world”.

The FT breaks down what is at stake in the increasingly bitter stand-off between Turkey and its European neighbours in the eastern Mediterranean — featuring some handy maps and this video explainer. 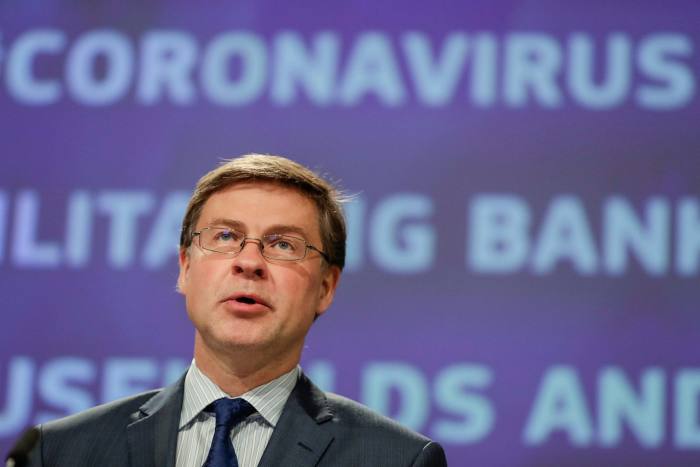 Valdis Dombrovskis, the commission’s executive vice-president for economic policy, has emerged as the frontrunner to take over as EU trade policy chief following the shock departure of Ireland’s Phil Hogan, writes Jim Brunsden.

Ursula von der Leyen is poised to announce her choice for the EU’s new trade policy chief, with a decision expected on Wednesday if not sooner, and Mr Dombrovskis, a former Latvian prime minister, widely expected to take over the role.

EU diplomats pointed to Mr Dombrovskis’ credentials as a leading commissioner from the centre-right European People’s party, the same political family as Mr Hogan, and his strong governmental experience. The appointment would be the centrepiece of a mini-reshuffle induced by Mr Hogan’s departure last month.

It would also further boost the position of Mr Dombrovskis, who Ms von der Leyen chose last year as one of triumvirate of top-level commissioners in her team. His elevation to the rank of executive vice-president was a surprise move at the time — the product of Ms von der Leyen wrestling with how to find political balance in her team.

The commission president held video hearings with the two candidates to replace Mr Hogan as Ireland’s commissioner on Monday, and must now choose between MEP Mairead McGuinness and former EIB vice-president Andrew McDowell. But whoever is chosen will probably be passed over for Mr Hogan’s trade job.

There is widespread expectation that, after the Hogan debacle, Ireland will have to content itself with a less high-profile portfolio. Speculation is rife about a rejiggering of Ms von der Leyen’s team that would see the financial services part of Mr Dombrovskis’s current job handed to Finland’s EU commissioner Jutta Urpilainen.

Ms Urpilainen’s current job, as commissioner for development and international partnerships, would then be inherited by the successful Irish candidate. 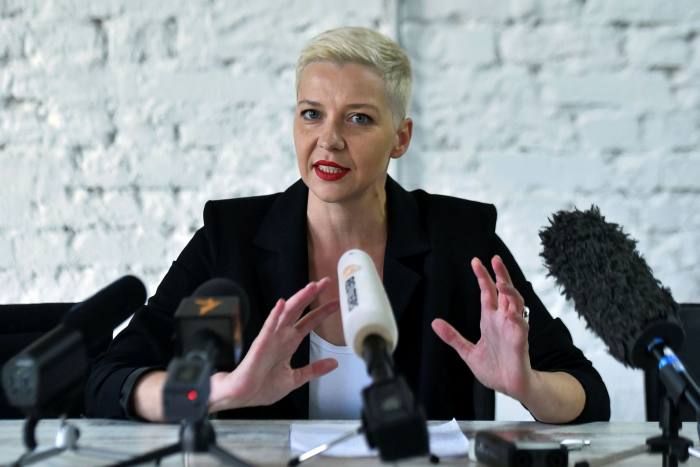 Coming up on Tuesday

Michel Barnier heads to London to rescue foundering Brexit talks a day ahead of a planned internal market bill from the government which would override key parts of the Withdrawal Agreement. Brussels has warned the UK against backsliding.

Back in Brussels, commissioners Valdis Dombrovskis and Paolo Gentiloni address the annual Brussels Economic Forum this morning. Other speakers include Spain’s economy minister Nadia Calviño and the FT’s Martin Sandbu. You can watch the livestream here.