While finance minister Martin Guzmán is expected to present rosy predictions in Tuesday’s budget, Chilean retail giant Falabella became the latest in a string of companies to announce its intention to withdraw from Argentina last week as the government moved to tighten already strict capital controls to protect dwindling foreign exchange reserves.

President Alberto Fernández scored a big victory through a deal with private creditors to restructure $65bn of foreign debt last month. But the onset of the pandemic just three months into his term has stymied attempts to rebuild investor confidence.

“It’s an exaggeration to say there’s some kind of mass exodus going on, but companies are grappling with an increasingly interventionist policy direction which may worsen as economic conditions worsen too,” according to Kezia McKeague, a director at advisory McLarty Associates.

Other companies that have left Argentina recently include US auto parts manufacturer Axalta, Germany’s BASF, and France’s Saint-Gobain Sekurit, and the French pharmaceuticals company Pierre Fabre. The region’s largest airline, LatAm, decided to withdraw from the country in July.

The coronavirus crisis has dealt a blow to Argentina’s economy, which is still under one of the strictest and longest lockdowns in the world. However, investors and analysts insist mounting state interventionism lies at the heart of companies’ decisions to turn away from Argentina — which they are not doing elsewhere in the region.

But to the “huge challenges” posed by increasingly draconian capital controls, import restrictions and price freezes are making businesses in some sectors such as consumer goods increasingly unsustainable, added Ms McKeague.

“With everything that’s going on here at the moment, you can forget about foreign companies making any investments right now,” said an executive at a multinational operating in the country.

Alejandro Díaz, chief executive of the American Chamber of Commerce in Argentina, said that controls on the currency, imports and prices “are deepening concerns and prompting questions about the development of business plans”. 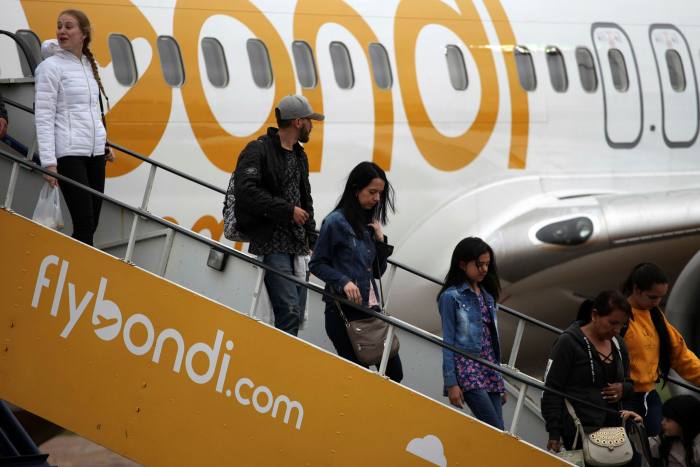 Some are putting on a brave face, such as Flybondi, Argentina’s first low-cost airline, despite departures in the sector by Qatar, Emirates, Norwegian, and Air New Zealand in recent months.

“If, as we have been assured, the government creates a sound and fair regulatory environment, we will continue to invest in Argentina,” said Peter Yu, managing partner of Cartesian Capital Group, controlling shareholder of Flybondi.

Although the economy is forecast to contract by 12.1 per cent this year in a budget law sent to congress on Tuesday, it also projects a rebound of 5.5 per cent in 2021. But economists say the prediction of 29 per cent inflation next year is far too optimistic, after massive money printing in recent months.