Anthony Levandowski was dismissed by Uber

An ex-engineer for Google’s self-driving car unit has been sentenced to 18 months in prison for trade secret theft shortly before he joined Uber.

US District Judge William Alsup in San Francisco said Anthony Levandowski had carried out the “biggest trade secret crime I have ever seen”.

Levandowski loaded more than 14,000 Google files onto his laptop before leaving the firm in January 2016.

He led Uber’s robocar project, only to be fired in 2017 over this case.

Levandowski filed for bankruptcy in March this year because he owes $179m (£136m) to Google’s parent company, Alphabet, for his actions. 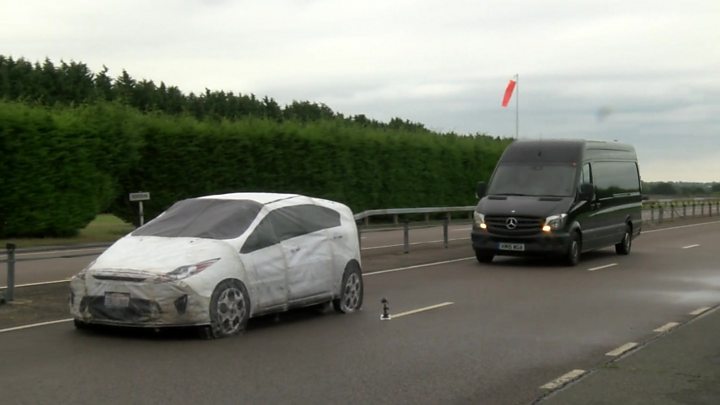 Media captionWhat happens if you fall asleep in a self-driving car?

Judge Alsup said “billions (of dollars) in the future were at play, and when those kind of financial incentives are there good people will do terrible things, and that’s what happened here”, reports Reuters news agency.

Levandowski – who was a founding member of Google’s self-driving car project, Waymo – had been hoping for a sentence of 12 months’ confinement at his home in the San Francisco suburbs.

He said he had pneumonia, and could die of coronavirus in prison.

But Judge Alsup said a non-custodial sentence would amount to “a green light to every future brilliant engineer to steal trade secrets”.

He ruled that Levandowski could begin his custodial sentence after the Covid-19 pandemic had peaked.

Prosecutors had recommended a 27-month sentence.

Levandowski, who now runs self-driving truck company Pronto, said in a statement: “Today marks the end of three-and-a-half long years and the beginning of another long road ahead.”

Uber settled a lawsuit from Alphabet over the trade secrets theft, but the dispute between the companies continues.

According to TechCrunch, Levandowski is suing Uber for $4.1bn, stemming from its acquisition of his previous self-driving truck start-up, Otto.