In the end, Shinzo Abe’s second administration concluded the same way as his first: with policy confusion, a drift in the polls and a return to the ill health that has plagued the Japanese prime minister for many years.

Unlike his brief first term from 2006-07, however, this time Mr Abe will leave behind a formidable record of electoral victories and more than eight years of stable governance that have reshaped the powers of the Japanese prime minister’s office.

Critics lambast his failure to achieve any of the big goals he promised: a peace treaty and the return of four disputed islands from Russia; the rescue of Japanese citizens kidnapped by North Korea; the revision of Japan’s pacifist constitution; or an escape from decades of on-and-off deflation.

But Mr Abe nonetheless achieved more than his statutes or statistics might suggest. He forged trade deals across the world, seizing the initiative with a visit to Donald Trump before his inauguration as president, and gave Japan — beaten down by decades of economic stagnation and the Fukushima nuclear disaster — a renewed sense of confidence.

“I think he’ll be remembered at the upper end of Japanese prime ministers,” said Tomoaki Iwai, professor of politics at Nihon University. “He was the longest-serving prime minister ever and his administration was extremely stable.”

When Mr Abe took over in late 2012, Japan was reeling from the after-effects of the Tohoku earthquake the previous year and a perilous stand-off with China, following the purchase of the disputed Senkaku or Diaoyu islands from their private owner.

His reputation, earned in his first term of office, was as a conservative nationalist and historical revisionist. But the second-term prime minister was always a pragmatist on international affairs, even if he could never bring himself to make big compromises. 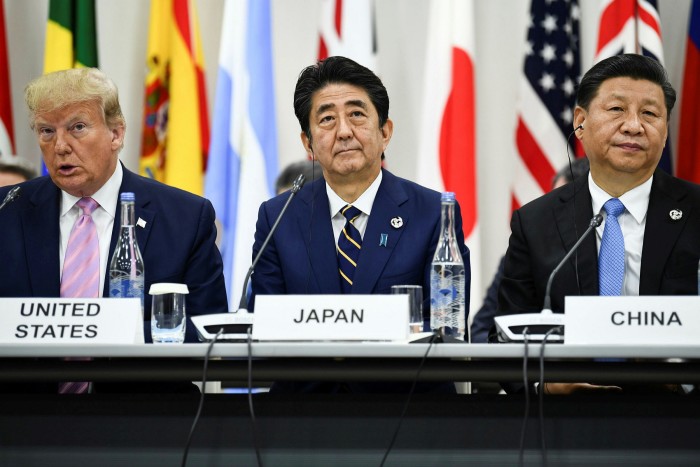 He slowly rebuilt a relationship with China’s president, Xi Jinping, starting with a famously glum handshake in 2014. In 2015, he agreed a settlement with South Korea on Japan’s use of wartime “comfort women”, but it failed to bridge decades of anger over historical grievances and later fell apart. He courted Vladimir Putin of Russia to settle the Kuril Islands dispute but was never willing to let go of Japan’s claims.

Lauren Richardson, an expert in Korea-Japan relations at Australian National University, said ties between Tokyo and Seoul had hit an “historic low” under Mr Abe and his South Korean counterpart, President Moon Jae-in. The PM’s resignation was “unlikely to improve this state of affairs”, she added.

But where Mr Abe did succeed was in forging what his recent biographer, Tobias Harris, called an “Abe Doctrine” for Japanese foreign policy, committing Japan to “a new vocation as the defender of the global rules-based economic order”. He sought to build alliances across Asia based on a shared commitment to the rule of law — and thus resistance to any attempt by China to change the status quo without consent. 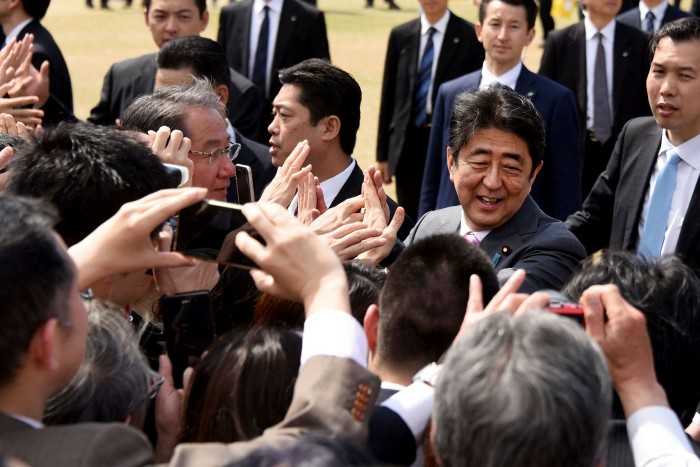 Mr Abe’s promises to revive Japan’s economy have ended in disappointment. The country was still far from its 2 per cent inflation target even before Covid-19 hammered the economy. Although Mr Abe came to office promising stimulus, he raised consumption tax from 5 to 10 per cent, and the contractionary effects of that outweighed anything else he did.

Nonetheless, Japan’s economy did better under Mr Abe than it had done for decades, partly because he appointed supporters of monetary stimulus to the Bank of Japan, and their actions weakened the yen.

“A big point I can tout on economic policy was making it so anybody who wanted a job could get one,” said Mr Abe, pointing to increased employment of 4m people under his policies.

In the end, though, Mr Abe’s greatest legacy may be his reshaping of the prime minister’s office, both in its powers and how the Japanese people expect their leader to act. Historically, the prime minister was merely the first among equals — if that — and had little control over a powerful bureaucracy. Mr Abe cemented a long shift towards central control. 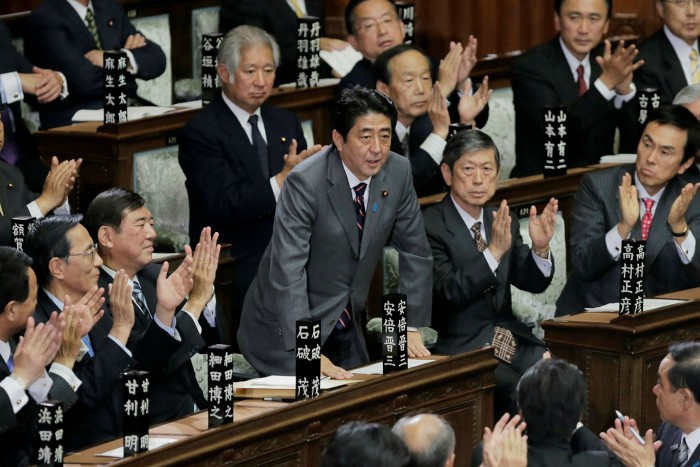 In two early reforms that drew little attention outside Japan, Mr Abe created a National Security Council in 2013, and a Cabinet Bureau of Personnel Affairs in 2014. The first gave the PM direct control over the most important aspects of foreign policy; the latter lets him appoint the top 600 bureaucrats across the government. The Japanese system now answers to its leader and Mr Abe was quick to take personal control of every issue.

Japan’s next leader will have to muster that power to tackle formidable challenges. Mr Abe did not change the fundamental diplomatic calculus: Japan still relies on an increasingly volatile US to protect it from an unfriendly China. The economy is back in a deep hole, with a huge budget deficit and a central bank that has already bought 100 per cent of gross domestic product in government bonds. Japan’s population decline is inexorable.

But the country is likely to miss its longest-serving leader. “To be honest, I think [his departure is] a real pity,” said Yuriko Koike, the governor of Tokyo and a political rival. “To forge the links Mr Abe did in the G7 and other forums was no small achievement.”