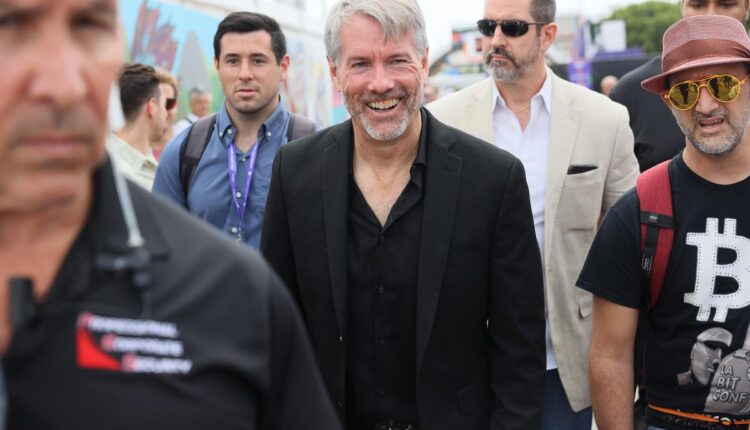 A resurgent Bitcoin broke $ 50,000 for the first time since early September on Tuesday and $ 55,000 this morning. The bullish sentiment in crypto reflects in part statements from Washington DC where SEC Gary Gensler and Fed chair Jerome Powell deny a Bitcoin ban, and the usual trend of dramatic price eruptions after periods of low volatility. Additionally, Bitcoin appears to have shaken off concerns about Fed tightening and further crackdowns on China for the time being.

Now, based on the most recent trading data from the Chicago Mercantile Exchange, it appears to be striving for a lot more. After finally breaking the middle of the $ 40,000 mark, Bitcoin appears to challenge $ 60,000 before looting (possibly) $ 64,900, its all-time high from mid-April in the coming weeks. Should this rally come to fruition, it would mean a price surge of 25% from today’s prices. Here are four bullish takeaways from the latest CFTC Commitments of Traders data.

1. The open interest in BTC futures is growing

Positive growth in open interest (OI), which is not necessarily a driver for price increases, tends to correlate positively with these. To illustrate, 2020 was a stellar year for CME-BTC futures, with OI up 97% and Bitcoin price up 280%. This year, Bitcoin price has increased 83%, but the OI for BTC futures has decreased 17%. However, that seems to be changing. CME BTC OI was a recent rift, rising 33% from September 7th to October 5th – most of it in the past week.

Second, the commercial sector – which is generally made up of corporate hedgers with deep industry knowledge and a more conservative stance – has accelerated its buying of BTC futures. As a group, companies now have a net position of just over 10,000 bitcoins valued north of $ 620 million as of October 5th, up 75% over the past two weeks. We should note that there are few commercial buyers – 10 large firms according to CFTC records (see Appendix for more detailed information on market participants) – but this is still significant given their concentrated and sizeable market presence resulting in the relatively small numbers.

This dynamic also suggests that commercial traders are betting that the worst of a BTC price drop is over. Since companies own Bitcoin for the long term, they will likely be defending the price at which they enter the trade (e.g. somewhere over $ 40,000), which is bad news for BTC sellers.

We don’t know the identities of these companies, but they can fall under a few buckets. There are dozens of publicly traded companies with Bitcoin on their balance sheets that may be looking for other ways to profit from the asset. Additionally, some of these companies could be newer users who want to take a price risk without having to handle or hold the asset.

Of course, there are two sides to every trade, so companies’ increased long exposure to the CME is offset by increasing short positions in leveraged companies. However, this is not the whole picture. In scenarios like this, hedge funds often use short positions to hedge against long exposure elsewhere, such as the spot market. There are up to two dozen hedge funds and CTA firms with the sophistication of maintaining short BTC positions over time by buying Bitcoin on the spot market and selling it in the futures to create liquidity in the latter while creating a spread achieve.

For example, in the Forex market, key players like XTX Markets and Citadel Securities are switching the spot and futures markets to provide liquidity to EUR-USD price takers while they hedge those positions with CME-EUR futures. These prize takers can be retail brokers or tier 2 banks. The CME futures market has traditionally been one of the main places where participants can quickly and anonymously find out the latest price. This anonymous, electronic market access enables tech-savvy market participants, many of whom are Chicago based, the ability to conduct a trading business where at least one side of their trading activity (the futures side) is predictable and useful to offset spot trading risks.

In addition to increasing their long bitcoin exposure, companies are increasingly expanding their portfolios by increasing their positions in CME ether futures. Since May, commercial traders have reduced their Bitcoin futures holdings to add Ether futures, but now they are increasing Bitcoin futures while keeping ETH futures roughly unchanged from early September at just over 1,400 contracts. This increase in bitcoin weights meshes with other signs of growing institutional interest in altcoins, such as institutional investments in ETP products.

The world of CME crypto futures market participants is made up of two large groups, those who need to report their positions and the rest, which are primarily a few thousand wealthy retailers who have a BTC futures contract Hold or more – each contract is worth 5 BTC, which is the contract price range between $ 200,000 and $ 300,000, depending on the Bitcoin price. The reporting group comprises between 70 and 110 companies, the largest group of which are hedge funds with an average of 56 companies.

Since Bitcoin peaked in mid-April, the number of large players in the market has declined significantly in two groups: hedge funds and commercial traders who hold long positions in Bitcoin. The absence of these long BTC market participants has slowed the momentum in futures activity. The groups that have seen a net increase in market participants are hedge funds that sell Bitcoin (+10 companies) and asset managers that buy BTC (+4 companies).

A key takeaway here is that the number of commercial traders we discussed earlier who are increasing Bitcoin futures positions are relatively few – around 10 companies – and that a respectable number of them have said goodbye to holding Bitcoin. While that exit may have been brought about by the asset shift at Bitcoin, it could also be related to how publicly traded companies need to account for crypto holdings on their balance sheets – i.e., as MicroStrategy CEO Michael Saylor is likely to confirm, it’s not a walk in the park in the park.