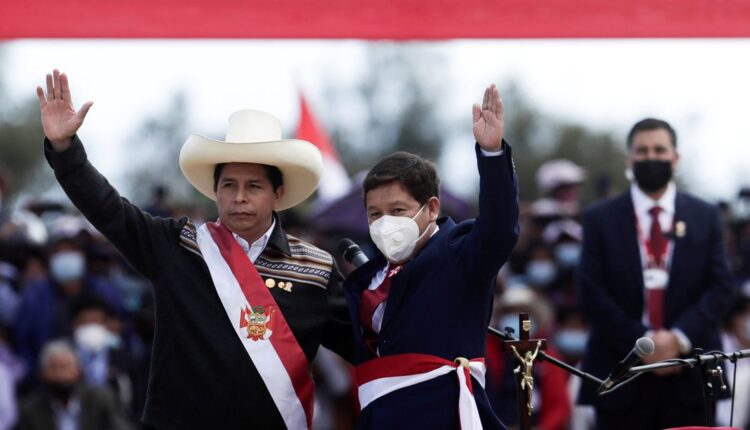 Prime Minister Guido Bellido was little known prior to taking on the role, but his cheeky style rocked the opposition-led Congress as well as investors jittered by an extreme left-wing government.

In a tweet following the announcement, Bellido said he would fight back and posted a picture of fights from the movie “Gladiator,” an indication of the challenges ahead for Castillo.

Like Castillo, Bellido is a member of the Marxist-Leninist Free Peru party, although compared to a more pragmatic Castillo he was considered a particularly left-wing extremist member of the government.

Financial markets are expected to react to the news on Thursday. Bellido’s appointment in late July caused bond spreads to widen and weakened the currency. The local sol lost nearly 7% in the most recent quarter and ended near its record low against the US dollar on Wednesday.

Castillo said he would swear into a new cabinet Wednesday night, raising questions about whether he would move his administration towards the center.

In the past few weeks, Bellido had openly spoken of the nationalization of Peruvian natural gas reserves, which are operated by a consortium led by the Argentine Pluspetrol.

He had also defended his labor secretary, who was questioned in a formal hearing by Congress about alleged involvement in a Maoist uprising in his youth.

Bellido said he would put the entire cabinet to a vote of confidence if Congress tried to blame Labor Secretary Iver Maravi.

“The balance of power is the bridge between the rule of law and democracy,” Castillo said in a message to the nation announcing Bellido’s resignation.

“Votes of confidence, (congressional) hearings and censure should not be used to create political instability,” he added.

Castillo said his government supports the role of private investment in Peru.

Bellido, a Quechua-speaking Peruvian, also had mixed results in negotiating with indigenous communities, who overwhelmingly voted Castillo for office.

On Tuesday, Bellido reached an agreement with a province near the giant Las Bambas copper mine, operated by China’s MMG Ltd (1208.HK).

But on Wednesday residents of a neighboring area started a protest rally themselves and demanded the resignation of the prime minister. Continue reading