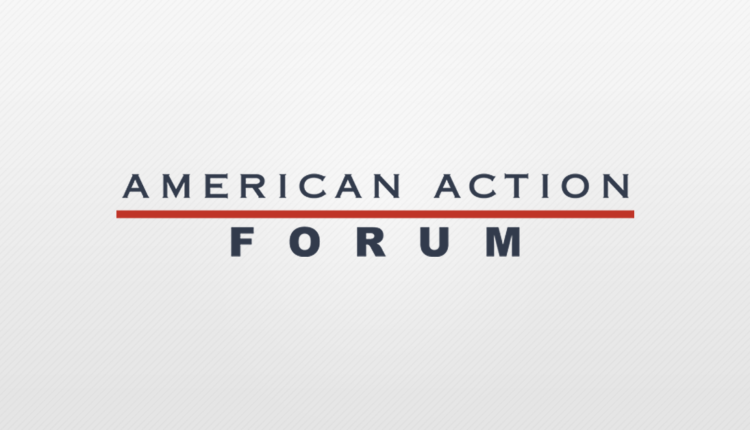 According to the latest projections by the Congressional Budget Office, the United States will have a federal budget deficit of $ 1.2 trillion this fiscal year, after two consecutive years of deficits north of $ 3 trillion. To finance this deficit, as well as additional borrowing needed to fund an ambitious domestic spending agenda, the Treasury Department regularly auctions debts to the public. These debts are subject to a statutory maximum limit, also known as the debt limit. Congress periodically raises or suspends this legal requirement to raise the additional borrowing needed to fund the country’s growing deficits.

The raising of the debt ceiling is generally unpopular and elected officials from both parties are often reluctant to do so after lengthy negotiations. These negotiations were increasingly characterized by brinksmanship, which threatens the Treasury’s ability to pay the country’s bills. Congress is currently in such a stalemate with no obvious solution in sight.

Without congressional action, the Treasury Department and other federal payment processes would essentially have to reduce payments to the federal government’s inflow of funds to ensure that bondholders are paid, thereby avoiding federal securities default. This “prioritization” would require postponing the timely payment of other obligations, potentially leading to penalties, and would still be perceived as a de facto technical failure. Such an outcome would severely disrupt federal governance and financial markets, and place permanent costs on the US economy and federal finances.

What is the debt limit?

The debt limit, also called the debt ceiling, is the legal limit on certain types of federal borrowing. It was first enacted in 1917 when Congress agreed to give the executive more flexibility in borrowing if the nation entered World War I, rather than approving any loan the Treasury Department could take as long as total borrowing was below the limit lay. Since the limit restricts the ability to borrow, it restricts the solvency of obligations that have already been entered into. However, it is important to note that the debt limit has no direct impact on current deficits or the limitation of future obligations.

The federal debt subject to the limit includes both government debt and debt held in public accounts (ie debt that the government “owes itself”). With the exception of certain de minimis accounting measures and relatively small tranches of other obligations, the debt limit covers practically all issues of Bunds. Currently, the legal debt limit is $ 28,401,462,788,891.71.[1] That limit went into effect on August 1, 2021, and the Treasury Department has used a series of accounting measures known as “extraordinary agencies” to liquidate federal liabilities while operating close to the debt limit constraints. Treasury Secretary Yellen said those powers could be exhausted in less than two weeks.[2]

Effects of failing to increase the debt limit

The need to raise the debt ceiling has typically been seen as essential to avoiding the nation’s default. A 2013 US Treasury Department study of the macroeconomic impact of debt containment found: “The United States has never defaulted, and the US dollar and government bonds are at the heart of the international financial system. A default would be unprecedented and have the potential to be catastrophic: credit markets could freeze, the value of the dollar could fall, US interest rates could skyrocket, the negative impact could reverberate around the world, and there could be a financial crisis and enter a recession that could reflect events of 2008 or worse. Political brinksmanship, which even creates the prospect of default, can disrupt financial markets and American businesses and families. “[3] In essence, that outlook is probably correct. However, the mechanism of these harmful consequences requires a more nuanced understanding.

Some policymakers and observers have found that annual tax revenues exceed interest payments on sovereign debt, suggesting that not raising the debt ceiling would not risk sovereign debt default. This assumption, however, belies the fact that in such a scenario the treasury would have to ensure punctual interest payments on a daily basis. In the course of the year, income exceeds interest payments, but the Treasury’s daily cash position can show considerable deficits – up to tens of billions in a single day.[4]

Minutes of the Federal Reserve’s discussions and correspondence from the Inspector General of the Treasury Department provide insight into past debt ceiling challenges and show the practical reality and associated risks of failing to raise or suspend the debt ceiling in a timely fashion.[5] The Treasury Department and the Federal Reserve have developed contingency plans to prioritize interest payments on debt. The plans assume that principal payments could be made by rollover of maturing securities. However, this is an important assumption. Should investors be unwilling to accept rollover realized in a signed treasury auction, the treasury would need significantly higher cash balances to buy back maturing treasury stocks. In fact, during the 2011 debt limit impasse, if Congress hadn’t raised the debt limit on Aug. 2, and if the Treasury wasn’t able to extend due debts, the Treasury Department would have needed $ 87 billion in cash in order to redeem securities due. Back then, the Treasury Department forecast it would drop to $ 20 billion on August 4th. The economic impact of this unprecedented event is difficult to gauge, but a 2013 internal Federal Reserve study estimated that US GDP growth would split in two in the following years and unemployment would have remained well above the base estimates for at least five years.[6]

Assuming investors were willing to accept rollover, the Treasury Department would have to defer other payments due to ensure it had enough cash to pay interest. Such a scenario would require reliance on uncertain liquidity projections. In fact, the Treasury Department has announced that the margin of error for its cash projections, even with 98 percent confidence, is plus or minus $ 18 billion over a week and $ 30 billion over a two-week period. Late payments to non-interest recipients would likely be perceived as de facto default and, in the context of other related adverse market conditions, would further undermine the credibility of government bonds as risk-free assets in the global financial system.

While past dead ends on the debt ceiling have been overcome without reaching these extraordinary scenarios, financial markets have still reacted harshly to these events. In 2011, concerns about a fiscal disaster led to “increased demand for liquidity”. [that] Put upward pressure on short-term interest rates…. There were also some notable distortions in the Treasury note curve, reflecting concerns about timely debt settlement. Bonds maturing in the first half of August became significantly cheaper and their yields reached around 25 basis points by the end of the week. “[7] The Government Accountability Office estimated that uncertainty surrounding the 2011 debt ceiling negotiations increased federal borrowing costs by $ 1.3 billion in the following year.[8] This sum represents a permanent cost factor for a brief stalemate and would likely be dwarfed by the adverse consequences of a possible default or an alleged de facto default due to payment delays for other federal obligations.

There are no sustainable prospects for federal finances beyond the exhaustion of the Treasury’s borrowing powers. Historical experience and federal contingency planning show that it is fundamentally impractical not to raise or suspend the debt limit. While the federal government could reduce the risk of default on government bonds under such circumstances, there are significant risks associated with this scenario. Financial markets would likely perceive the deferral of other payments due as an actual default, which increases the cost of borrowing and affects the credibility of government bonds, while an actual default, which cannot be completely ruled out, would seriously affect economic growth and increase unemployment.