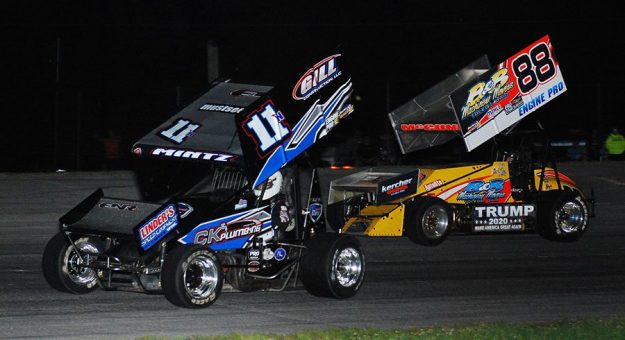 The Must See Racing Sprint Series is back this weekend at Montgomery Motor Speedway in Alabama. (David Sink Photo)

MONTGOMERY, Ala. – The Must See Racing Sprint Series presented by Engine Pro returns to racing this Friday and Saturday for two nights of racing at Montgomery Motor Speedway.

The series has had a highly competitive season so far and has produced four different winners, with five-time MSR champion Jimmy McCune serving as the sole multiple winner.

Must See Racing’s final event at Lorain Raceway Park in South Amherst, Ohio produced a thriller in which McCune beat Troy DeCaire after a highly competitive battle for victory.

This weekend’s visit to Alabama isn’t the first for the series, but it’s the first at Montgomery Motor Speedway. The series competed in Irvington, Alabama prior to that year.

The event is expected to attract many of the MSR regulars as well as some Southeastern drivers, including longtime and popular Southern stock car star Dave Mader III.

Kim, Kourtney, and Khloe Kardashian among celebrities with the most ‘fake followers’ on social media