Top News of the Day: Modi Addresses UN General Assembly; The electoral commission is waiting for the Justice Department’s nod to de-register inactive parties and more 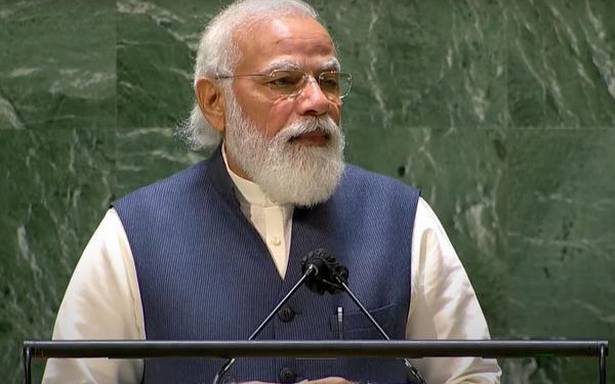 The polling panel has raised concerns about the possible abuse of income tax exemptions by parties that do not participate in elections.

Opposition parties are demanding more transparency about the PM-CARES fund.

The move takes place after the centre’s most recent affidavit before the Supreme Court that a caste count of the backward classes is “administratively difficult and cumbersome”.

The districts south of Odisha were put on high alert after the India Meteorological Department (IMD) predicted that a deep depression over the Bay of Bengal would intensify into a cyclone.

Congress will join the September 27 “Bharat Bandh” convened by Samyukta Kisan Morcha on the first anniversary of the passage of the three controversial agricultural laws in Parliament.

In her 75 years, Kamla Bhasin was more than just a kind, smiling face. She represented and touched women struggling for hold in public places that were denied them, and in her later years went on to question the state and governments for their inability to create a just system.

The government is working on establishing cooperative joint service centers, a national database alongside a national cooperative university, he said.

The new feature will be introduced in accordance with WHO standards and is expected to be available from next week.

The group also outlined a number of commitments related to vaccines and the climate.

Within hours of news of the deal, two Canadians arrested shortly after Meng Wanzhou was arrested in December 2018 were released from Chinese prisons and were on their way back to Canada. Beijing denied that their arrests were related.

Agency issues order to freeze ₹ 700 billion worth of group shares held by CMD and others.

Both the Chennai Super Kings and the Kolkata Knight Riders would try to continue their winning streak.