Tokyo 2020 sheds light on the possibilities of a circular economy 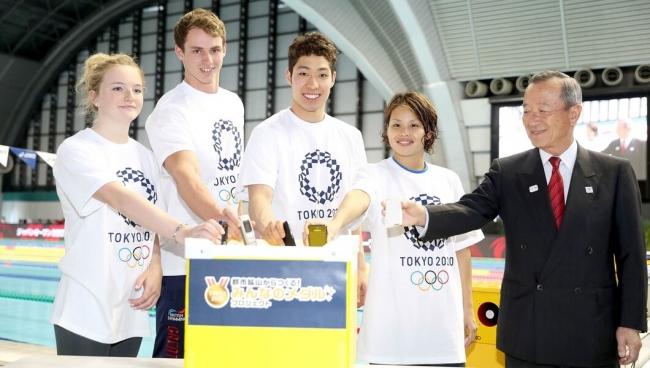 As the first athletes get their medals on the podium, they will also push boundaries in other ways. Both the Olympic medals and the podiums on which the athletes stand will be made from 100% recycled materials for the first time. © IOC

As the first athletes get their medals on the podium, they will also push boundaries in other ways. Both the Olympic medals and the podiums on which the athletes stand will be made from 100% recycled materials for the first time.

The organizers of Tokyo 2020 are using the games – and their immense visibility – as an opportunity to showcase new ideas and innovative technologies. This includes the concept of a circular economy where waste and pollution are reduced while products and materials are reused and recycled. A circular economy is the opposite of an economy that consumes resources and discards them as waste.

“The Games are one of the most televised events in the world and are an excellent opportunity to demonstrate sustainable solutions,” said Marie Sallois, IOC Director for Business and Sustainable Development. “With its focus on circular economy and sustainability, Tokyo 2020 is an example to the world of what can be achieved now and in the future.”

To create the Tokyo 2020 5,000 gold, silver and bronze medals, precious metals were extracted from small electronic devices contributed by people across Japan. Japanese citizens also donated plastic waste for the production of the Tokyo 2020 podiums, part of an initiative with global Olympic partner P&G. Even the Olympic torch was made out of aluminum from makeshift casings built after the great earthquake in eastern Japan in 2011.

By renting equipment instead of buying it, Tokyo 2020 has further reduced the production of goods and waste. Around 65,000 computers, tablets and other IT and consumer devices as well as 19,000 desks, chairs and other furnishings are used and passed on.

As part of a wider effort to reduce Olympic construction, only eight of the 43 Olympic venues were built from scratch. About 25 existed before the Games, and 10 are temporary. This significantly reduced the emissions of the games.

For example, the local governments donated a total of 40,000 pieces of wood to build the Olympic Village Plaza, and when the Games are over, the wood will be returned and used for other purposes.

Tokyo 2020 will not only reduce waste, it will also eliminate it. Two marine devices called Seabins are in the port of Tokyo to collect plastic waste from the ocean.

“The Tokyo 2020 Urban Planning and Sustainability Commission has always used its initiatives, including medals from urban mines and pedestals made from recycled plastic, as a model for the presentation of a sustainable society for the Tokyo 2020 Games,” said Tokyo 2020 Urban Planning and Der Chair of the Sustainability Commission, Komiyama Hiroshi. “We continued these efforts even after the games were postponed, and one of the legacies of these games will be that they made us think about what a sustainable society is and how our individual actions can change to achieve it . ”

Check out additional multimedia and ESG stories from the International Olympic Committee on 3blmedia.com