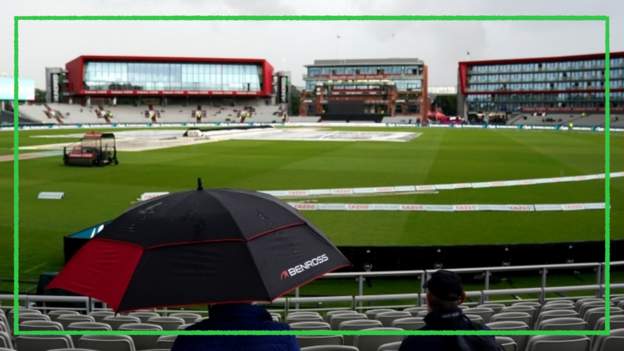 The Manchester Originals versus Northern Superchargers games in the men’s and women’s hundred were both abandoned without a ball being thrown due to the bad weather at Old Trafford.

The women’s game was scheduled to start at 3:00 p.m. BST but was canceled due to heavy rain, thunder and lightning.

In the evening the rain subsided, but returned shortly before the start of the men’s game at 6.30 p.m.

The women of the Originals remain without a win in The Hundred, but with both teams taking a point out of the game they have their first point of the competition.

Superchargers, who top the women’s first table, have five points from three games.

The gentlemen of the superchargers get their first point of the competition. Manchester meanwhile have three points from three games.

The competition continues on Thursday when London Spirit hosts Trent Rockets – the women’s game starts at 3:00 p.m. and the men follow at 6:30 p.m.