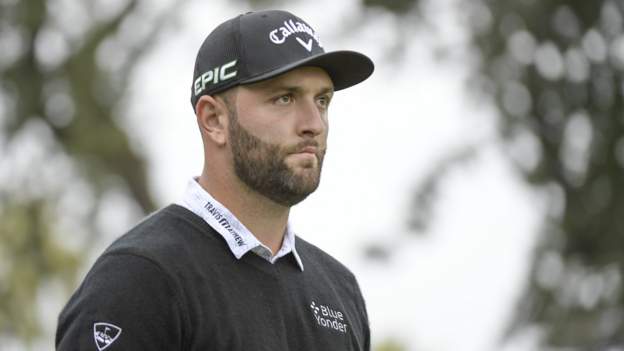 World number one Jon Rahm said he was feeling better after struggling with a stomach ailment earlier this week.

The Spaniard will play his second Ryder Cup appearance for Europe against the USA from September 24th to 26th in Whistling Straits in Wisconsin.

He plays at the PGA Tour season opener in California but missed the Pro-Am on Wednesday after feeling sick during a training round on Tuesday.

Rahm said he felt “much worse” than after a positive Covid-19 test.

“I’m just a little down from the season,” added the 26-year-old US Open champion, who tested positive for the virus twice in the past three months.

“I found it difficult to concentrate because I haven’t had a solid meal since Tuesday morning.

“Maybe it was just a little too much good, substantial food for my stomach on Monday and Tuesday.

“I heard a stomach virus was afoot, but I feel okay.

“I’ve dealt with worse. A lot of people have played with worse. Tiger Woods won a US Open with a broken knee, so I’m fine.”

Rahm will be part of a European team hoping to keep the Ryder Cup after an overwhelming 17½-10½ triumph in Paris in 2018.

In the first round of the Fortinet Championship, he shot a level par 72, seven behind leader Chez Reavie.