The Hundred: Carlos Brathwaite shares his five for viewing 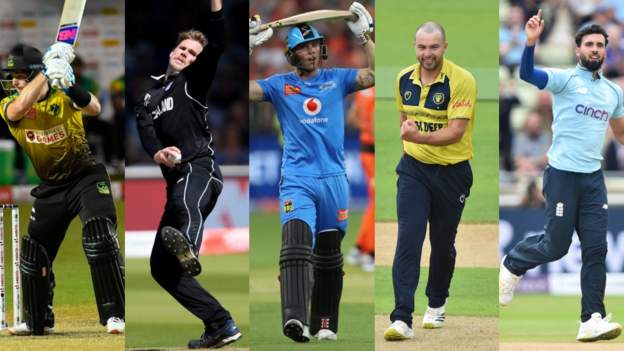 I had the privilege of playing Twenty20 cricket all over the world and was part of the 10-over-T10 format in its infancy at the time.

Now to be part of The Hundred – the new 100-ball competition – both as a player for Manchester Originals and as an analyst for the BBC, I get excited.

When I was asked to pick my “the one to watch” it would have been easy to choose people like Jos Buttler or Ben Stokes.

But I’ve made some left-field decisions that aren’t as revered as their international teammates, rather than relying on cliché superstars. 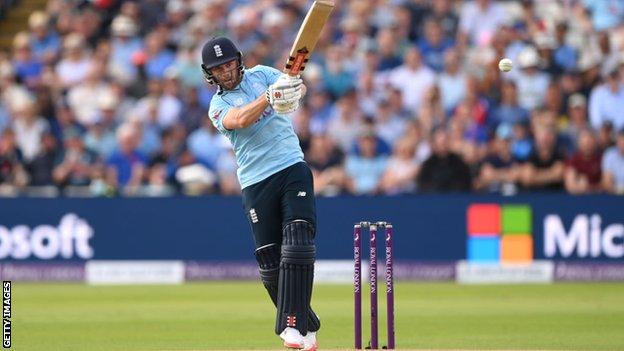 Phil is an explosive opening batsman whose job it is to get the team to an aviator.

I just admire the way he does his cricket and I was delighted that he got a chance with England in the recent series against Pakistan.

It’s a thankless job he has, he’s not playing anchor and just trying to fight for an outcome; he’s fearless and hits the ball so well.

I’ve seen him in the T20 blast, the Australian Big Bash, and now internationally and it’s testament to his character that he’s holding onto and trying to put his style into practice.

Phil always plays with a smile on his face, whether he fails or succeeds. He doesn’t moan or hit by numbers or records, which is so important in the new format, where there are unknowns, which is a good score.

Outside of the field, he’s a fun guy. Some people may not know he was born in Wales, but spent his formative years in Barbados, which I found out when I first met him in Australia.

We get along so well, whether in the field or while eating or drinking. He is carefree, does not take himself and life too seriously and it is a pleasure to be with him. 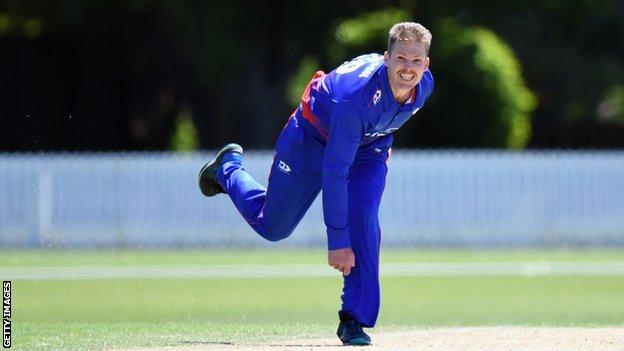 Ferguson, 30, has represented New Zealand in all three formats and has also played in the Indian Premier League

New Zealander Lockie Ferguson has international pedigree and is someone you want to have on your team and luckily for me – like Phil – he will be by my side in The Hundred.

He joins the Originals as an equivalent replacement for South African Kagiso Rabada, who was eliminated from the tournament.

Lockie has developed rapidly over the past few years. When he hit the scene he was raw and quick, but now he’s found a way to use his pace as a weapon.

I met Lockie at the Kolkata Knight Riders in the Indian Premier League and saw how hard he throws a ball and how he is always eager to learn.

It’s not about bowling every ball at 90 mph, but it has gotten a lot faster and uses its slower ball a lot better. He can nail a really good Wide Yorker too.

The Hundred will encourage players to show their personality and Lockie is a character with a unique sense of humor that will benefit the team’s performance.

As a cricketer, when you’re in an environment to express yourself in, it really takes the shackles off.

When we were kids on the street we just laughed, enjoyed the game and had a passion and love for it, but when it becomes a job, sometimes you play for your place or a contract.

The best franchises and teams are the ones that allow you to remember what it was like to play like a kid on the streets so that you can rekindle that passion and love. 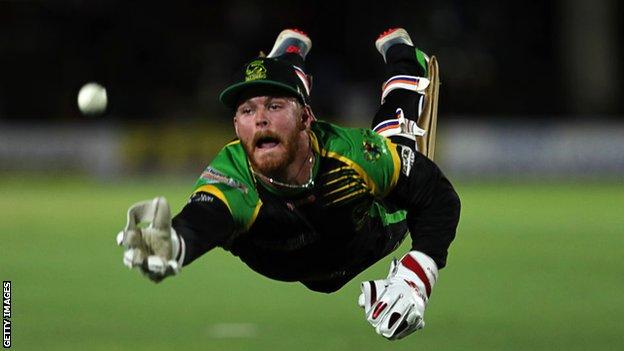 Kiwi Phillips, 24, has had an international T20 century and has also played for Jamaica Tallawahs in the Caribbean Premier League

Keep Wicket, Bat, Bowl – Glenn Phillips can do it all and has a hunger for the game that I haven’t seen in many, if any, cricketers.

He was always trying something new and even tried to hit with his left hand in one of the exercises.

When he became the assistant wicketkeeper and then took the ball to the bowling off-spin, I wondered what are you doing?

It’s hard to get into the brilliant New Zealand team, what he did and then he played for Gloucestershire with racket, ball and on the field.

He will only play the first four games before Kieron Pollard arrives at Welsh Fire, but there is definitely enough time to make a name for himself. Sometimes all you need is one game.

He could make a fantastic catch, hit the bull’s eye – he’ll pull something out of his pocket. 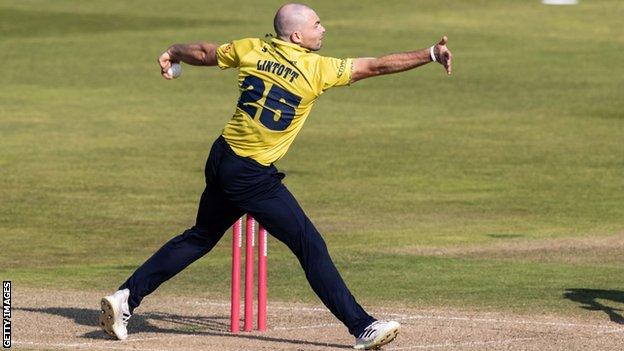 Lintott, 28, was the director of cricket at Queen’s College in Taunton before being offered a professional contract

Jake Lintott is a name you may not have heard of, but he’s one player who I believe can have a massive impact on The Hundred.

I think he’s the Jamie Vardy of cricket.

Much like the Leicester City footballer, Jake played on the lower levels and struggled to advance to the leagues and professional sport.

Jake is a left arm crank, no ordinary bowler to be found, which makes him a real challenge.

He is 28 and this year was his first full season at home at the T20 Blast.

I think The Hundred will be a good platform to show the rest of the country what the Warwickshire boys have seen firsthand, and their inexperience could play to its strength.

Guys like him have had to work hard and these are the ones who appreciate combat a lot more.

When they get the chance, they’ll snap your hand out for the opportunity because they’ve had to work hard to reach levels that others may have taken for granted.

Yes, he’s a wildcard, but what’s exciting for him too is that Southern Brave has an abundance of quality bowling, like Jofra Archer, Chris Jordan, Tymal Mills, and Danny Briggs.

That means he’s not the center of attention and asking too much, all he has to do is come in, put on a shift, collect a couple of wickets and make a name for himself until he becomes the captain in a couple of years.

As a spinner, you can play up to 38 so he probably has 10 years in the game; he could go on to become a legend of a hundred. 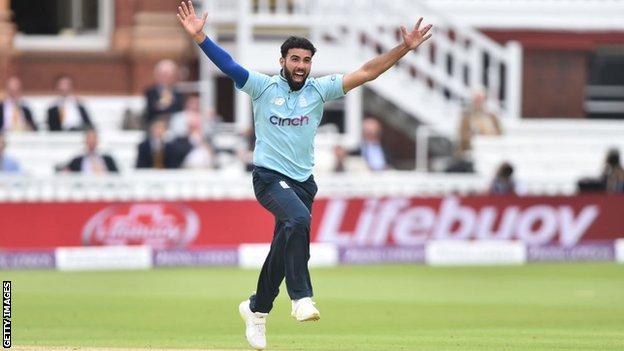 Mahmood, 24, has climbed the ranks at Lancashire and has represented England in limited edition cricket

My last choice was tough, but I’m going with the talented seaman Saqib Mahmood.

Another player who took his opportunity with the reshuffled England team against Pakistan, he was named the Series’ Player after winning nine wickets in three ODIs.

It was my first time seeing Saqib in the PSL. I’ve seen his pace of work and the way he talks about cricket shows that he has a real love for the game.

He seems like a real person and loves to chat about fast bowling and the nuances that come with it.

He’ll keep an eye on him after the ODI series and big performances by the hundred will keep his name on everyone’s lips.

It is said that he might succeed Stuart Broad on the national team. I don’t know him well enough to say whether or not he can handle the pressure, but someone he looks up to is Chris Jordan, whom I know very well.

If you want a mentor in the game, it’s Chris; Sometimes I also rely on him for knowledge and advice.

If Saqib can stay close to him, he can develop into a nice person off the field and be ready for all challenges and expectations that are placed on him.

He can forge a wonderful career for himself and has the world at his feet.