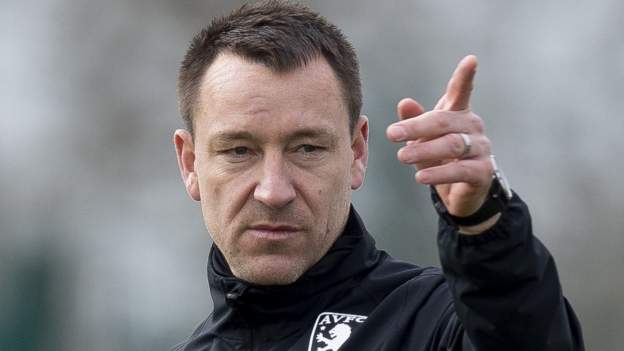 John Terry has left his role as Aston Villa co-head coach to pursue his “goal of becoming a manager”.

“It has always been my ambition to move into football management and when the opportunity presents itself I feel ready to take on such a challenge,” said the 40-year-old.

Terry said it was “an extremely difficult decision to move on,” adding, “I want to treat the manager and everyone at Aston Villa with as much respect as possible. After seriously considering my future over the summer, I don’t feel, ‘It’s fair to go into a new season without being sure they’ll pull it off.

“My immediate plan is to spend some time with my family and then hopefully accept some invitations to visit clubs and managers across Europe to develop my goal and goal of becoming a manager.”

Terry was connected to the vacant positions – both are now filled – at Bournemouth and Celtic in February.

After promotion to the Premier League, Villa reached the Carabao Cup final in 2019-20 and finished 11th last season after surviving in the top division on the last day of her first season.

Smith said: “I am disappointed to lose John as part of my coaching staff but I fully understand and fully respect his decision.

“John has played a big part in the club’s success in recent years and has been very supportive of me during that time.

“I have no doubt that he will be a first class manager himself and I wish him all the best for the future.”

Central Ohio climbers are thrilled as the sport makes its Olympic…