Sport on the sofa: after Emma Raducanu Zlatan Ibrahimovic, Jason Cummings and the Scottish women’s national team can attract the audience? 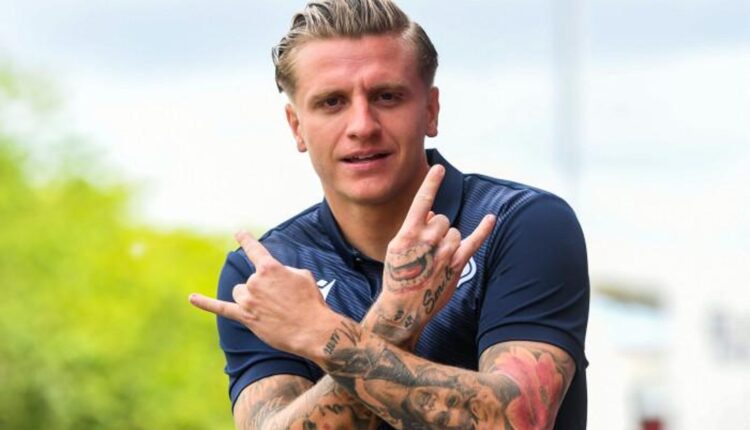 A hat tip, or in this case a visa tip, then to those who closed the deal with Amazon Prime and brought tennis to terrestrial television for the momentous occasion. And so strong was their dominance in even sentences, it wasn’t as late as was warned in last week’s column. The teenager never was, always finished early and finished the tournament without losing a set.

Women’s sport has a statement – which adorns the jerseys of the multi-year Scottish soccer champions Glasgow City and says: “You can’t be what you can’t see” – and the increased visibility brought by the fast-thinking deal, has attracted national attention.

Women’s sport has another strong performance this week, but not quite as mainstream, so it’s worth checking out Scotland’s World Cup qualifier against Hungary on Friday night.

Emma Raducanu won the US Open in the Flushing neighborhood of Queens, New York. (Photo by Sarah Stier / Getty Images)

The aforementioned Glasgow City were disappointed in the Champions League on BBC Alba last week, so the national team are looking for a change, if not channels, under new boss Pedro Martinez Losa. On the flip side, England’s lionesses are also on ITV4 against North Macedonia and Wales on their home BBC service against Kazakhstan.

BBC Scotland’s weekly SWPL highlights continue tonight while Jen Beattie – one of Scotland’s key players – was in great shape for Arsenal and featured regularly in the clips on Sky Sports this weekend.

Let’s stay with the football theme, although Arsenal fans are now looking the other way, the Champions League and Europa League kick-off for clubs across the continent this week – all live on BT Sport via the channels and online.

The advanced online features include specific stats for player distance traveled, sometimes shooting speed, and all sorts of kinds, but if all you’re looking for is the football itself, Scottish interest is limited to the Old Firm double headers on Thursday night.

AC Milan’s Zlatan Ibrahimovic looks on during the Serie A match between AC Milan and SS Lazio at Stadio Giuseppe Meazza on September 12, 2021 in Milan, Italy. (Photo by Marco Luzzani / Getty Images)

The Rangers could have played against Juventus earlier if things had gone – instead, it is their eliminator Malmö who receives the Bianconeri, who will also face AC Milan on Sunday evening in one of the TV highlights of the weekend. How will Giorgio Chiellini and Zlatan Ibrahimovic compare to the previous Dundee derby, which saw the lunchtime settlement at the Sky Sports Main Event? That’s up to Charlie Mulgrew and Jason Cummings.

America is also on a Derby-day basis with one of the longest running rivalries in US sport – the New York Giants and Washington clash in the NFL. It’s a late one but it could be a good one and you could still take a nap before doing more oval ball actions at BT Sport and the return of the Gallagher Premiership on Friday night.

The league starts with Bristol versus Saracens and then ends on Sunday with Newcastle Harlequins – on both sides of Sky Sports’ breakfast shift between South Africa and Australia on Saturday at 8am.

So far, so mainstream and although there is a lot going on this week, the Scottish Shinty scene is celebrating its big weekend with the live Tulloch Homes Camanachd Cup final. It may not quite be alluring in the 9.2 meters Emma Raducanu did, but it’s still a day in the spotlight on BBC Alba this Saturday at 2pm.

David Oliver’s Five Sports You Should See This Week

The Gallagher Premiership starts this weekend with Bristol receiving the Saracens live on BT Sport 1 on Friday at 7pm. There is no live coverage on Saturday (although there is international rugby from the Sky Sports Main Event – Chapter 401 – between Australia and South Africa at 8am), but on Sunday Harlequins travel to Newcastle on the same channel, with coverage starts at 2 p.m.

Pedro Martínez Losa makes his competitive debut as Scotland’s women’s head coach live on BBC Alba in the World Cup qualifier against Hungary. The reporting begins on Friday evening at 6:50 p.m. and starts at 7:00 p.m. There are two alternatives: Wales v Kazakhstan on BBC Wales at 7.15pm and coverage of England’s Lionesses starts in the early evening at 6.15pm on ITV4. There are also weekly women’s football highlights from the Scottish Women’s Premier League at 7pm on BBC Scotland.

Sunday evening is, as usual, football night on Sky Sports with two live broadcasts, the first one has not yet been determined.

The group stage of both the Champions League and Europa League starts this midweek, all on BT Sport. The highlights include Barcelona – Bayern Munich on Tuesday, Liverpool – AC Milan on Wednesday and the UEL kick-off of the Old Firm on Thursday. Celtic will be at Real Betis on BT Sport 3 at 5.15pm before the Rangers will receive Lyon on the same channel at 7.45pm.

It is also Dundee’s turn for a Sunday derby on Sky Sports at 11am, while Juventus v AC Milan this weekend is the choice of the continental team, which will be shown live on BT Sport 1 after James Richardson’s Golazzo preview show at 7pm .

And for something completely different, the final of the Tulloch Homes Camanachd Cup between Kinlochshiel and Lovat will be broadcast live on BBC Alba on Saturday from 2 p.m.

Equities find some support after a weak week