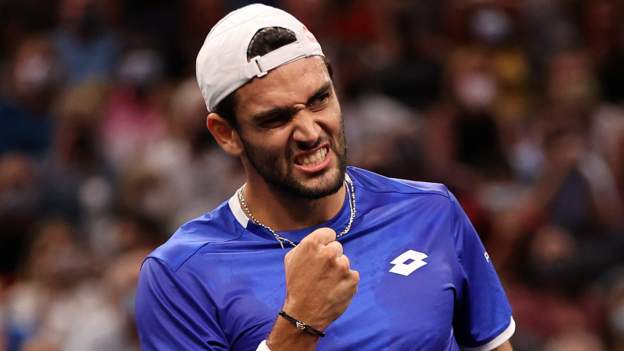 Team Europe has six players, all of whom are in the top 10 in the men’s world

The Italian Matteo Berrettini, the Norwegian Casper Ruud and Andrey Rublev from Russia gave Team Europe a victorious start in the Laver Cup in Boston.

Team World later avoided glossing over the opening day with a double victory.

The Canadian Denis Shapovalov and the American John Isner defeated Berrettini and the German Alexander Zverev 4-6 7-6 (7-2) 10-1 in the first double game to make it 3-1 in the overall standings.

It is the fourth edition of the Laver Cup, in which six men’s players from Team Europe and Team World play a series of singles and doubles.

Berrettini, Ruud and Rublev are joined by the Russian world number two and US Open champion Daniil Medvedev, Stefanos Tsitsipas from Greece and the German Zverev in Team Europe.

Europe, led by Björn Borg, has won all three previous editions of the competition – which did not take place in 2020 due to the coronavirus pandemic.

In the three-day event, one point is awarded for a win on the first day, two for wins on the second and three on the last day.