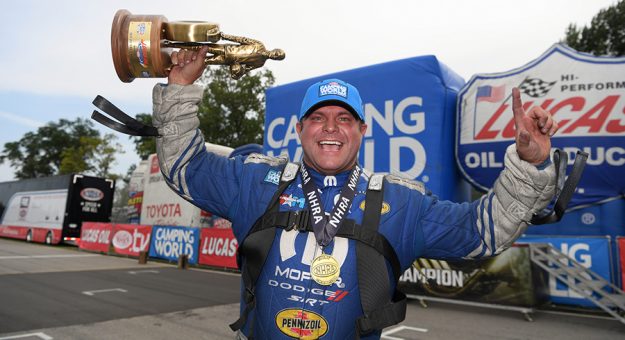 The team confirmed that Hagan has not had any contact with anyone since his diagnosis and is currently in quarantine.

Tommy Johnson Jr., who drove for Don Schumacher Racing for the past few years before being released at the end of the 2020 season, will return to the team to drive the Dodge Charger SRT Hellcat Redeye Funny Car in place of Hagan.

“We’re disappointed that Matt won’t have the opportunity to compete for a trophy this weekend, but the health and safety of our fans, competitors, NHRA staff and team members is our top priority,” said Don Schumacher Racing officials in a opinion. “We wish Matt a speedy recovery and hope that he can return to the competition soon. In the meantime, we’re pleased that Tommy Johnson Jr. was available in Matt’s absence. Tommy has been part of the DSR family for many years and we know he will make Matt and DSR proud. “

Hagan moved up to the top of the NHRA Funny Car after his second race of the season on August 22nd at Brainerd Int’l Raceway. According to NHRA, all points Johnson earned during the NHRA US Nationals will be given to Hagan.