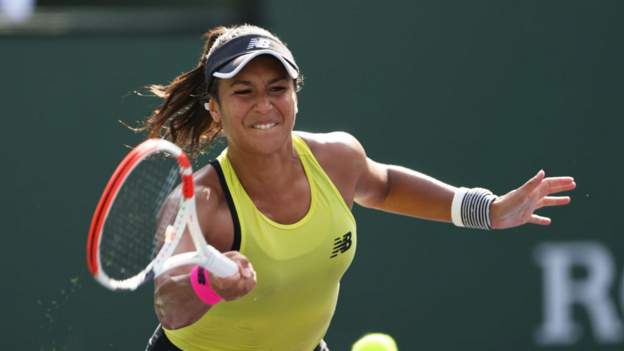 The British Heather Watson lost 6-7 7-5 6-1 to Sloane Stephens of the USA in the first round of the Indian Wells Masters.

Watson, 29, took an early lead with a tie-break in the first set and held his own in the second before Stephen took command.

The number 73 in the world then spun down in the decisive sentence to advance.

The Japanese Misaki Doi defeated Ann Li in three sets, while Yulia Putinseva got through in two sets against the German Andrea Petkovic.

The Romanian Irina-Camelia Begu won in straight sets against the French Fiona Ferro and the Poland Magda Linette defeated the Swedish Rebecca Peterson in three sets.

The Ukrainian Kateryna Kozlova defeated the Russian Ludmilla Samsonova in the second set in the tie-break.