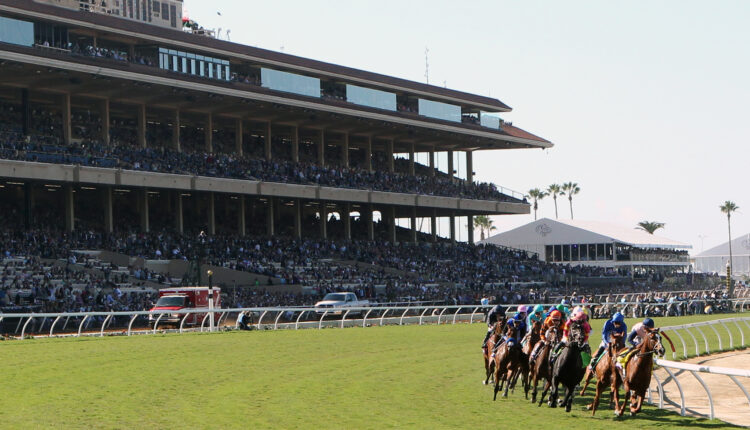 It is tempting to announce in Del Mar this week before the Breeders Cup on Friday and Saturday that racing is once again a signature event in the “crisis”. After all, the sport’s pre-eminent coach – and its only real celebrity – competes under tight (and reasonable) security restrictions while battling it out in court to keep possession of last year’s Kentucky Derby trophy and to retain his right to place on several of the most important ones Race tracks in America. Historical laws that were passed to bring order to the sport are being challenged in court by several racing associations. And at least 16 horses have died in the last two meetings in Santa Anita – 12 last spring and four this fall – which is more reminiscent of the dark winter of 2019 than last fall’s cleanup meeting, which had no deaths at all.

Crisis seems like the right word. But another sentence is also appropriate: Business As Usual.

Racing has always been a sport whose dark underbelly often becomes its homepage. A sport in which the raised eyebrow could be a logo on every saddle pad. Where the statistical profile includes a horse mortality rate (and long unspoken and inappropriate as acceptable losses). Where joy and dismay dance in the daylight, over and over again. All of this goes back to Man o’War and far beyond.

The current state of affairs goes back to 2008. That was the year that Big Brown, a horse on legal steroids, trained by a classic line-pushing trainer (Rick Dutrow, who is now of the sport) won the Kentucky Derby, and filly Eight Belles broke behind with two broken front legs the finish line together and was put to sleep on the track. This was a bad moment, but an arbitrary one on a timeline (see paragraph above) where you can almost always find a starting point for controversy, but rarely an ending point. In the 13 years since Big Brown won the Derby and Preakness and stopped at the Belmont finals (a moment that spawned dozens of conspiracy theories, also indispensable in racing), the sport has had a number of other controversies in the areas of drugs, Horse safety and regulation.

With every incident comes a terrible warning that if this continues, racing will surely die. But the sport has proven to be robust and resilient; it didn’t die. Hundreds of races are held every week on circuits large and small. The big problems remain – and less noisy topics that don’t make mainstream news: field and wallet size, backstretching conditions, jockey safety. But the race lurches forward, day after day, week after week, month after month. The reports of his demise are greatly exaggerated.

But there is another, broader problem: racing will likely survive these relentless – and very real – problems because it always has. But in a much more open culture than a generation or even two decades ago, a curtain has been pulled back. The immediate danger to racing is not that it will die completely, but rather that it will be marginalized.

Remember, there are – and always have been – two types of thoroughbred horse racing fans. They move in the same world but breathe different air. They tell the same stories but speak different languages. You live for the big score and die (not literally) on the bad beat; the other lives for the ethereal narrative of the winged horse and dies (not literally) when Pegasus is grounded. One is pragmatic, the other dreamy. One measures success with the wallet, the other with the heart. As always, both will be present this weekend.

The first group are players. For them, horse racing is a financial enterprise, be it as a hobby or as a job; it’s intellectual, academic, passionate. The other group are – it’s tricky, but for the sake of clarity we just call them fans. (Yes, players are fans too. Wait a minute.) For them, horse racing is sport, entertainment, a spectacle. It’s seductive, captivating, passionate too, albeit in a different way.

There is a lot of overlap between the two groups. (I told you it would only be a second.) Many of the players who took 4-1 at Rags To Riches in Belmont 2007 also loved their wild stretch run against Curlin. Many of the fans who fainted at the unlikely genesis of California Chrome and the dominant win in the 2014 Kentucky Derby also dropped some money on Chrome at 5-2. It’s not fair to say that players don’t love horses – many do. It’s not fair to say that fans can’t see horses as money makers – many do. Still, there are two universes and two different reasons to visit the circuit or consume racing content in all of its forms.

Not only will horseplayers endure controversy, they will also skillfully bring it into the handicap process. When I first started covering races in New York State in the 1980s and briefly had the very flawed idea that I could make some money working on the press window, I made a choice in a race just to a wizened peer taps my program and says: “Oscar Barrera, first-time starter” and then winks. (Barrera was a mage in the claiming business, especially first-outs; he died with no evidence of wrongdoing. He could have been the forerunner of Jason Servis or Jorge Navarro without the bugging devices, or maybe just a miracle rider. So or something, you wanted to bet on him.)

But let’s take a broader look. Racing as a pari-mutuel company lives in a box. It’s a convenient box for those in it, and a durable box. And while gambling has long been vital to the popularity of the biggest sports in America (and the world), the explosion in legalized sports gambling in the US has thrown that curtain back for good. But the racing business model is completely gambling dependent – that means pari-mutuel. The NFL would remain popular (less popular, sure, but still popular) if gambling had never been invented. Hence, horse players play a huge role in maintaining the game. (Also politicians, a completely different topic).

But the race rises when the sport connects with those who don’t have a TwinSpires account. When a horse or narrative emerges that intervenes beyond the rail and the walls of the racetrack even in family rooms and human caves and derby parties. When people who don’t watch horse races talk about a horse. Like Smarty Jones. Like funny cide. Like Zenyatta. Like California Chrome. Like American Pharoah, especially lately. But it was always like that; The story of the popular horse that animates the nation is decades old, centuries old. Sea biscuit. Office. Ruffian. Seattle Slew. Cigar. (Add the list in your own headspace; there are no rules).

Every niche sport lives in this place. And almost every sport is a niche sport, beyond the NFL, college football, the NBA, and major league baseball (and judging by current TV ratings, MLB is moving further out of the mainstream and closer to a very large niche; that is another discussion). A niche sport becomes something more when a story or star pops up who demands that we watch. Mike Tyson in the last real heyday of boxing, almost a quarter of a century ago. Revelations before doping Lance Armstrong in cycling. Michael Phelps swimming. Usain Bolt in athletics. Tony Hawk on a skateboard or Shaun White on a snowboard. Maybe, just maybe, Mikaela Shiffrin on skis on mountainsides above Beijing in three months. Maybe, just maybe, Chloe Kim in a half pipe.

Racing, because of its breadth and equality, has been blessed with enough stories to effectively offset the very real dark side. There is no sport I have covered that offers a richer tableau, from self-made owners to everyday trainers to jockeys who are some of the bravest and most talented athletes in the world. And the horses? They make your heart beat faster and then melt. This weekend there will be compelling stories on Del Mar, America’s most beautiful racetrack.

But the bad news mixes with the good. Baffert has been the public face of sport for years, funny, available and apparently open and tirelessly successful. He’s going to be saddling horses under a cloud this weekend, and his doping proposal is undermining the entire game. The Horse Racing Safety and Integrity Act, which will go into effect next summer, is being challenged by the National Horsemen’s Benevolent and Protective Association and at least six station racing associations, despite the potential to bring order to a chaotic universe. Horses keep dying, the unsolvable dilemma. There are too many wealthy, faceless conglomerates among the winners and too few huggable people (wealthy or not).

When a brilliant two-year-old (with or without a compelling narrative) emerges from the Juvenile that weekend and becomes Pharoah or Slew or Big Red in the winter and spring, the sport rises. When modern versions of Affirmed and Alydar come out, competing against each other every month, the sport rises. There is no simple solution to the very real problems that racing faces and has always faced in some form. The best answer is the best of the game, on the track and under the saddle.