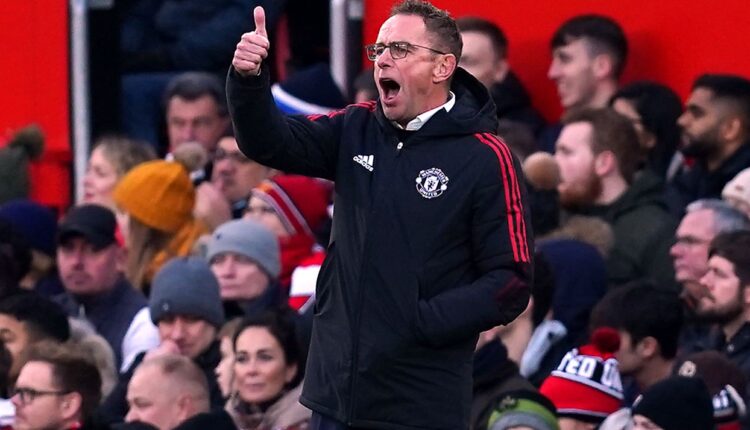 Interim coach Ralf Rangnick got off to a successful start to his tenure at Old Trafford when Manchester United celebrated a hard-fought 1-0 win over Crystal Palace.

Brazil midfielder Fred scored the only goal of the game in the 78th minute when he took a great shot from 20 yards behind Palace goalkeeper Vicente Guaita outside Stretford End.

The visitors had to regret a blatant miss from Jordan Ayew just two minutes from Fred’s goal, the Ghanaian failed from two meters after the ball fell from a corner.

Tottenham moved up to fifth in the table with a comfortable 3-0 win over Norwich, which remains bottom of the league due to the goal difference.

Antonio Conte’s side took the lead in the 10th minute when Lucas Moura played a one-two with Son Heung-min, turned his marker and then thundered an unstoppable drive into the top corner from 20 yards.

Davinson Sanchez doubled his lead midway through the second half when he kicked a loose ball out of a corner and Son made sure of the points when he shot into the bottom corner after a good job from Ben Davies and Oliver Skipp.

Patrick Bamford scored the stoppage-time equalizer after returning from injury when Leeds drew 2-2 with Brentford on Elland Road.

Tyler Roberts had put Leeds ahead in the 26th minute when he slid onto R -hinha’s cross from the left to shoot the ball in, but the visitors equalized on 54th minute through Shandon B -tiste and Sergi Canos shot them just seven Minutes later in the lead.

That seemed enough for Thomas Frank’s side to claim their fifth win of the season until Luke Ayling – also returning from an injury – turned a corner for Bamford to score at close range.