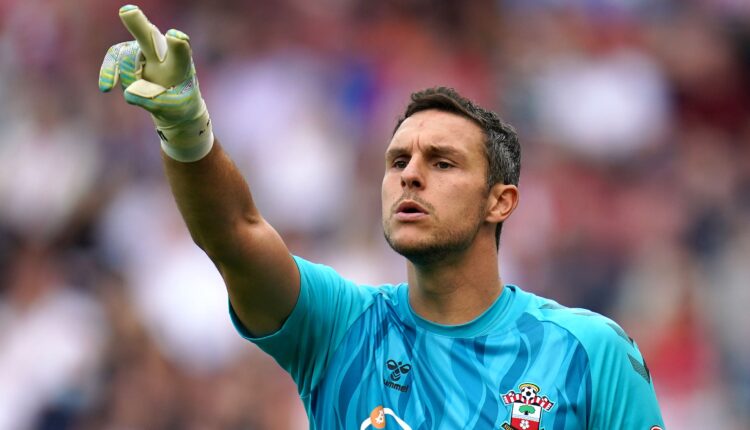 Southampton could be forced to take out an emergency loan if Harry Lewis remains the South Coast club’s only fit senior goalkeeper.

Boss Ralph Hasenhuttl criticized McCarthy for not revealing the true extent of his injury and for directly contributing to Neal Maupay’s last equalizer.

Fraser Forster was already out of action in one fell swoop and Saints could start the new week with only 23-year-old Lewis ready to go.

Academy graduate Lewis has yet to bow in the Premier League but could be forced to act if both Forster and McCarthy stay on the treatment table.

When asked what the goalkeeper picture could look like before the league trip to Arsenal next weekend, Hasenhüttl replied: “Yes, we will now have a problem.

“We have to see what’s going on with Fraser and Alex and then we have Harry Lewis.”

Armando Broja crowned the Saints’ dominance in the first half with a clean finish, with Hasenhüttl’s team controlling most of the fight, but testing their luck in the final quarter.

Brighton equalized in stoppage time when Maupay was played by James Ward-Prowse, who tried to hit the post with a free kick on McCarthy’s injury concerns.

An angry Hasenhuttl later admitted that he would have replaced McCarthy for Lewis had he become aware of the extent of the goalkeeper’s injury.

Hasenhüttl insisted that there would be no moaning and raving after a last lost victory, and admitted that the days ahead would still be difficult for the Saints to endure.

“It doesn’t make sense to scream after the game,” said Hasenhüttl.

“You have to learn from moments like this. We discussed at halftime that it wasn’t over until the last minute, especially against Brighton, which is only gaining traction late in the games.

“The feeling is terrible and the next few days can be tougher.

“But we’re not the first team to concede a goal in extra time, but we know it wasn’t necessary at all.

“And you can’t be h -py with what you’ve done in over 90 minutes if you conceded a goal like that at this point.”

Brighton and Maupay had to toast to another late equalizer three days earlier after the French equalized in the 89th minute at West Ham.

The Seagulls remain victorious in 11 events in all competitions, but continue to show real resilience under Chef Graham Potter.

“My performance wasn’t the best and we struggled in the game but we never give up, that’s one of our great strengths,” Maupay said on the Brighton official website.

“Everyone fought to the end, even the boys who came.

“We couldn’t reach their intensity in the first half, they won all 50-50 fights.

“But if you don’t fight in this league, you won’t win and we were better in the second half.

“I was very h -py with the finish, it’s good to score in the last minute but I should have scored earlier than the goalkeeper saved.”