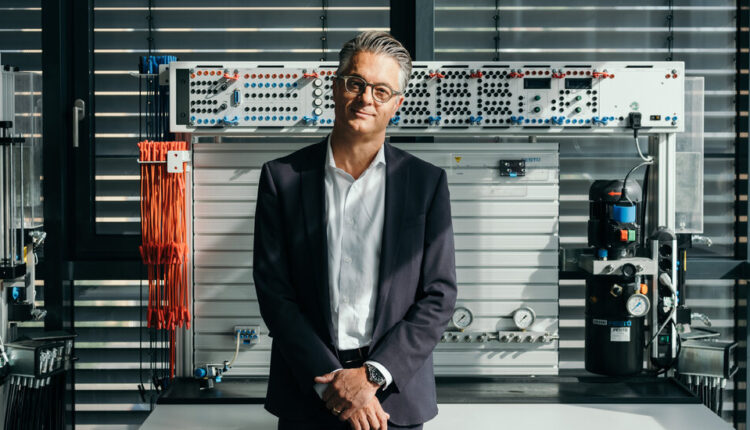 Stocks have fallen sharply over the past month amid ongoing coronavirus concerns and the lack of political consensus in Washington over a huge spending package. Tech stocks have come under particular pressure as Facebook and other online giants face increased political scrutiny. The S&P 500 has fallen more than 5 percent since September 2.

But Asian stocks hit their lows later in the trading day, with Hong Kong and Taiwan closing higher, and that momentum has so far carried over to intraday trading in Europe. The FTSE 100 in London rose by 0.5 percent, the DAX in Germany by 0.2 percent and the CAC 40 in France by 0.5 percent.

Investors reacted to the restoration of Facebook services – the social network and its WhatsApp and Instagram apps were down for several hours late Monday in the US – and a handful of mixed economic indicators, including an improved final number for UK services from a survey of purchasing managers.

Almost everything that German factories need to operate is in short supply, not just computer chips, but also plywood, copper, aluminum, plastics and raw materials such as cobalt, lithium, nickel and graphite, which are crucial components of electric car batteries.

Across Europe, exports would have risen by 7 percent in the first six months of the year without delivery bottlenecks, according to the European Central Bank. Germany is particularly sensitive because of its dependence on industry and trade.

Almost half of Germany’s economic output depends on the export of cars, machine tools and other goods, compared to only 12 percent in the USA. Economists have begun to predict a “bottleneck recession”.

Many companies are already increasing their parts inventories, ordering raw materials in advance and looking for creative – some say desperate – ways to get the products out of the factory gates. Traton, Volkswagen’s trucking unit, said last month it was canning hard-to-find components from trucks that were built but not sold and reinstalling them into trucks that had firm orders.

Businesses are caught in a vicious circle. Robert Ohmayer, Global Purchasing Manager at Voith, a company based in Heidenheim that builds and equips paper mills and hydropower plants, calls this the toilet paper effect.

Just as panicked consumers hoarded toilet paper at the start of the pandemic, companies order more than they need and store them in warehouses for fear of key supplies being scarce. This has led to even more bottlenecks.

In the longer term, companies have been thinking about how to bulletproof their delivery lines, for example by buying parts and raw materials near their home country rather than from subcontractors on the other side of the planet. Some political leaders have even suggested that the pandemic could have a silver lining because it will inspire companies to bring manufacturing back to Europe and the United States and create high-paying factory jobs.

But untangling the networks that move products around the globe is not that easy, and maybe even not a good idea, say some economists and business administrators.

The slowdown has turned the German economy into a test case for how companies can become less vulnerable to electricity bottlenecks in China or ships in the Suez Canal. READ THE ARTICLE →

Continue readingOwen Diaz, right, with his son Demetric at their home in Vallejo, California.Credit…Ryan Christopher Jones for the New York Times

A jury ordered Tesla to pay $ 137 million to Owen Diaz, a former black employee who accused the automaker of ignoring the racial abuse it faced while on the job, lawyer Lawrence Organ said late Monday.

“It’s a great thing when one of America’s richest corporations faces the dire conditions for blacks in its factory,” said Mr. Organ of the California Civil Rights Law Group in an interview.

The decision by the San Francisco Federal Court jury was previously reported by Bloomberg News. Tesla’s lawyers did not comment immediately.

In an interview, Mr Diaz said he was relieved by the jury’s decision.

“It took four long years to get that far,” he said on Monday evening. “It’s like a great load has been lifted from my shoulders.”

Mr Diaz said he worked as an elevator operator at Tesla’s Fremont, California factory for about a year in 2015 and 2016. There, he said, a supervisor and other colleagues repeatedly addressed him with racist slurs. He also said employees drew swastikas and carved a race name on a toilet and left drawings of derogatory caricatures of black children at the factory. Despite repeated complaints, the company did little to correct the behavior, he said.

“It’s not like they remove the offensive behavior, they just let people keep adding and adding,” he said.

After roughly four hours of deliberation, the jury agreed with Mr Diaz’s claim that Tesla created a hostile work environment by not addressing the racism it faced, Mr Organ said. The majority of the award – $ 130 million – was punitive damages for the company. The rest was for the emotional stress Mr Diaz had suffered, said Mr Organ.

Despite the mistreatment he himself was exposed to, Mr Diaz said he had reached a breaking point when he saw similar racist surnames against his son Demetric, who with the help of Mr Diaz secured a job – his first – at the company.

“My son watched his father get broken before him,” said Mr Diaz.

In an internal email to Tesla employees that Mr. Organ received and told the Times, Valerie Capers Workman, a human resources manager, downplayed the allegations in the lawsuit.

“In addition to Mr. Diaz, three other witnesses (all non-Tesla contract workers) testified in court that they had regularly heard racist slurs (including the N word) on the Fremont factory floor,” she wrote. “While they all agreed that the use of the N-word was inappropriate in the workplace, they also agreed that most of the time the language was used in a ‘friendly’ manner and usually by African American colleagues.”

The company, she wrote in the email, responded to Mr Diaz’s complaints, firing two contractors and suspending another. Tesla doesn’t think the facts warrant the verdict, she writes, but admits that the company was “not perfect” in 2015 and 2016. “We’re still not perfect,” she added. “But we’ve come a long way.”

Mr Diaz sued Tesla along with his son and another former black employee, but only the elder Mr Diaz’s allegations came to justice. It was not initially clear whether Tesla wanted to appeal the decision.

Twitter seemed to be enjoying its moment in the spotlight. The company’s main account tweeted “Hello everyone, literally” and collected 2.4 million “likes” in just four hours.

Other big brands seemed to be recognizing the social media company’s marketing coup. “Hello, what can I get you,” replied the official McDonald’s account. “59.6 million nuggets for my friends,” replied the Twitter account.

Some companies took the opportunity to market their products. Netflix tweeted an image from its new hit show, Squid Game, showing a participant on the show called “Twitter” saving the life of a participant called “Everyone”.

Some users, like Jhonen Vasquez, a cartoonist, took the jokes a bit further.

“All Facebook networks are down for the time being. I can’t help but be excited to see what new happiness-degrading, life-devastating horrors will manifest to take their place, “he wrote.

Some who lacked their favorite social media apps as a distraction joked that their productivity increased on Monday.

“Instagram and Facebook should go under every day,” said BenDeLaCreme, a performer. “I haven’t been that productive since 2006.”

For some whose work involves using Facebook, the network problems meant a day of interruption.

“Social media manager at work today,” Motorola posted on Twitter with a popular GIF of a lost John Travolta.

The radio network iHeartRadio checked those who work on social media with a Twitter post that read: “Dear colleagues of social media managers … are you all okay?”

People piled up in their criticism of Facebook. Jokes about the shutdown were met with comments from politicians including Senator Ed Markey, Democrat of Massachusetts, of Frances Haugen, a former Facebook product manager who shared thousands of documents with the Wall Street Journal and lawmakers showing Facebook was infected by knew much of the damage his services were causing.

“Facebook is down right now,” Senator Markey said in a tweet, “so it’s a great time to hear whistleblower Frances Haugen.”

While many shared jokes on Twitter, others recognized the seriousness of the matter as many of the three billion users rely on Facebook’s apps for communication.

“Okay, it was just jokes and gifs when Instagram and Facebook went down, but if Gmail and Twitter go down too, the freaking out will begin,” said Aisha Sultan, columnist at The St. Louis Post-Dispatch, on Twitter. “I already miss my family’s incessant WhatsApp messages. Oh god, I’m getting lonely and it’s only been 4 hours. “