Fears of inflation after the pandemic are exaggerated 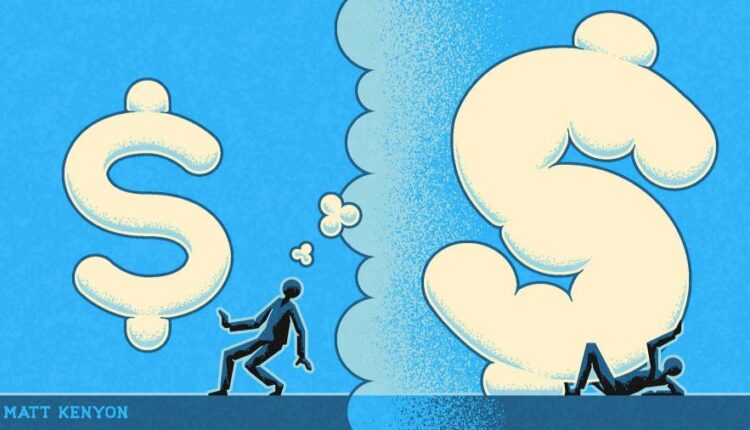 Too much in our market system revolves around the short-term. This certainly also applies to the inflation debate. Last week’s data showed that US prices are rising as fast as they have been in 13 years. That has left everyone from top investors to restaurant and hotel owners who are now finding they may have to pay more for previously low-paid service workers angry with an overheated economy.

But the hand-wringing is premature. These early signs of rising prices reflect a predictable surge in animal spirits after the lockdown, rather than any longer-term trend. As in 2020, bottlenecks in the supply chain, for example in personal protective equipment, will soon be resolved. Car purchases and vacation travel will decline as the post-pandemic spending wanes. And waiters who have high salaries today can be replaced by automated systems tomorrow: Just notice how many summer travelers are already typing their cocktail orders into an iPad before their flight.

What we are not talking about enough – and what will certainly prove far more meaningful and difficult to predict – is how technology, demographic changes, and their combined effects on real estate will affect long-term inflation trends. This is really important for workers, businesses, and asset prices.

First, consider the change in how and where Americans want to live and work. Some of the cheaper parts of the southern and western US have seen an influx of people who used to live in expensive coastal cities but are no longer tied to their offices. But this is still a nascent change. Most people who leave expensive New York or Bay Area apartments move to slightly cheaper adjacent subway areas or nearby suburbs and rural areas – not the interior of the United States.

It is everyone’s guess how long these shifts will take. When bankrupt cities are unable to repair public services or education, some city dwellers – especially those with children – can leave cities permanently. But others are already withdrawing, now they can go to the theater or their favorite restaurant without a mask.

In any case, this “migratory madness” has led to a rise in home prices of 24 percent compared to the previous year. Before the pandemic, real estate inflation, measured in terms of rents and rental equivalents, made up the lion’s share of U.S. inflation. Westwood Capital’s Daniel Alpert notes, “While house prices could fall if inflation continues and interest rates rise, the higher prices paid on homes from mid-2020 will eventually be reflected in rents and rental equivalents.” , as he told me, “replenish” any fall in the price of other goods and services.

The Fed has told us not to worry about inflation: things will settle down in about six months when the stimulus payments are exhausted and the summer upswing is over. But another spike could begin as retired baby boomers with $ 35 trillion in net worth start giving money to their children.

Some believe this will have a profoundly inflationary effect to the extent that money flows out of the financial markets and into spending in the real economy – be it on homes, cars, healthcare, or education. Others believe this wealth transfer will not be an inflationary issue: longer boomer life expectancies will consume more retirement assets, and most of what is left goes to the richest, who can only consume that much.

What, if anything, could dampen inflation in the longer term? One possibility is for more workers to produce more goods and services that people can consume. Without this, the demand is greater than the supply, so inflation rises. These jobs also need to be paid well enough to sustain consumption.

This leads us to one of the trickiest long-term trends ever: the future of work. The pandemic has accelerated the digitization of everything. I think this is going to create a great disinflationary force in the world economy.

Business investment in “intangible” goods such as intellectual property and software soared during the pandemic. A senior executive survey by consulting firm McKinsey last year found that three-quarters of respondents in North America and Europe expected to accelerate such investments over the next four years. That’s a 55 percent increase between 2014 and 2019.

This type of investment increases productivity, but at the expense of jobs, and fewer jobs result in lower demand. Combined with digitization, this could lower the prices of goods and services such as health and education. In addition to housing, these services are generally the most inflationary categories among OECD countries, including the US.

Such technology-driven productivity would therefore be deflationary. Even if there were more workers who could use these new technologies in their work. Ideally, government investment in retraining will do just that. By converting low-paid care jobs into higher-skilled, middle-income jobs, consumption could rise even if prices in sectors like health care could fall. The demand for it rises sharply with the age of the boomers, but the jobs currently on offer are neither productive nor well paid.

Such investments in the “caring economy” are at the heart of many of the incentives proposed by the Joe Biden administration. Let’s hope it comes through. Otherwise, if nothing changes, we may see more digitized businesses employing few high-paying employees – and the cost of consuming the goods and services that make up middle class lives will continue to rise.