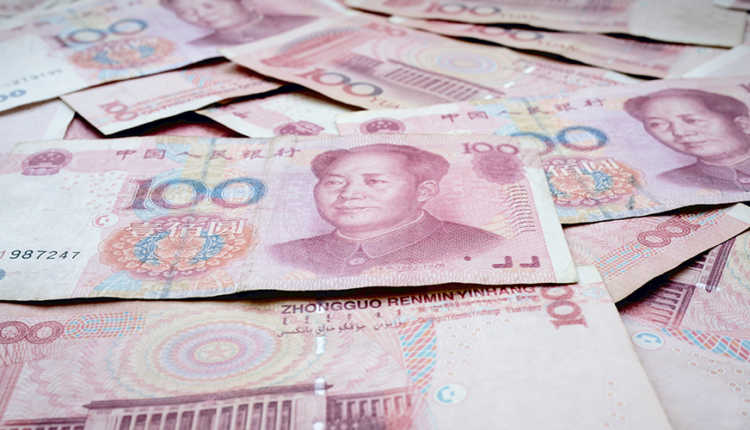 The renminbi’s global financial and reserve role remains a hot topic of conversation. Some argue that the currency is growing up and that a digital renminbi will propel it forward. Others, including myself, believe that the renminbi’s global role will remain modest for the foreseeable future. While the Chinese authorities may find it beneficial to devalue the dollar and the US’s role in the international monetary system, a significant global role for the renminbi is currently not in China’s best interest.

It’s about control. The Chinese authorities want to strictly control the economic and financial system, above all to prevent possible instability. This only complements the trend towards increased political control over Chinese society under President Xi Jinping.

The global status of the dollar reflects the size and openness of the US economy, the good legal protection for investors, and the depth, resilience and liquidity of US financial markets. The US has an open capital account. This is in stark contrast to China and its interests.

The dollar fluctuates in the currency markets and can fluctuate widely at times. Its global role attracts capital. One implication is that the dollar is often viewed as “overvalued”. In contrast, the renminbi is managed with a view to maintaining the broad stability of the currency. It is not convertible. The authorities are unwilling to let the renminbi float.

The US has continuous current account deficits. China usually has large current account surpluses. While these have declined sharply compared to gross domestic product over the past decade, China’s trade surplus remains substantial. China’s export sector remains a major growth driver and a mainstay of the economic model. While there is much talk about the shift of this model to domestic services and consumption, recent savings and investment trends suggest that the transition is slow.

China’s aversion to free floating relates not only to the current account, but primarily to the tightly controlled financial account. The US is generally content with fluctuations in capital flows that are absorbed by its deep capital markets. China is not. Despite controls, large inflows and outflows of capital can weigh on China’s ability to manage the renminbi.

For example, in the period between mid-2010 and early 2014, the renminbi rose against the dollar despite strong official Chinese dollar purchases, as market participants viewed the renminbi / dollar appreciation as a one-way bet. However, until the beginning of 2017, the Chinese currency fell sharply after the authorities clarified that an appreciation of the renminbi could no longer be viewed as such. The selling pressure was so great that the People’s Bank of China sold around $ 1 trillion to avert further devaluation.

As renminbi assets have recently been added to global bond and stock indices and cheap Chinese government bond yields have attracted inflows, the authorities’ strategy has been to allow some capital account opening and to offset inflows and outflows. However, they know that this can be a risky strategy. Chinese portfolios are domestically concentrated, but many citizens want to internationalize them. Errors and omissions in the balance of payments data suggest that there may be a strong desire among Chinese residents to withdraw money.

Pushing for a global funding and reserve role for the renminbi could perhaps be a useful strategy to encourage reform of domestic financial markets. This strategy was implemented by former PBoC governor Zhou Xiaochuan. But caution should be exercised when it comes to allowing moves towards internationalization – such as the liberalization of capital movements – well before domestic reforms, a point Zhou and his team understood well. If this balance is wrong, it can potentially lead to instability.

Economists agree that the liberalization of capital movements must go hand-in-hand with reform of the financial sector in order to reap the benefits. Without a strong banking system, large capital outflows and their effects on exchange rates can lead to costly national balance sheet mismatches. China’s financial and non-financial corporate system is Renminbi-controlled, so this is not a major problem at the moment. But its banking system remains weak, bad loans are woefully underreported and masked by evergreening, and its capital markets are underdeveloped. That too will weigh on the minds of the authorities, especially as they struggle with the excessive indebtedness of the Chinese economy.

Xi has pursued statist policies and restored control of the party over economic life. Recent official measures against technology provider Ant Group, transport company DiDi and other financial technology companies show that the authorities are committed to tightly controlling the financial markets and the flow of information. Chinese control of Hong Kong will jeopardize Hong Kong’s role as a beacon of financial openness. Together, these factors will also dampen global investor enthusiasm for the renminbi.

The Chinese authorities have significantly stepped up their far-reaching efforts to control the financial system and innovation. It is not in China’s interest to play a global funding and reserve role for the renminbi until it makes great strides in strengthening its financial system, reshaping its growth model, and relinquishing control so a more invisible hand can flourish. The authorities know.

Mark Sobel is the US chairman of OMFIF.