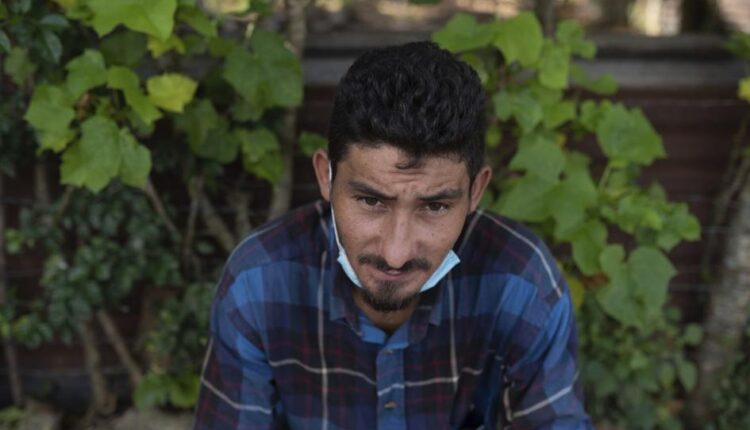 EL CEIBO, Guatemala (AP) – Hundreds of Central American migrants – many families with young children – who were expelled from the United States on flights deep into southern Mexico, were dropped off at this remote jungle outpost on the Guatemalan border this week.

They go to Guatemala with children in their arms and their few belongings in plastic bags, pausing to put the laces back into their shoes, disoriented by their sudden arrival in a third country within 24 hours. That is part of the point. The new US measure is designed to deter them from trying again to reach the US border.

In El Ceibo you will find little more than street restaurants, a small, overcrowded shelter and suffocating 100-degree heat. Many are not from Guatemala. There are Hondurans and Salvadorans. Some go south, hitchhike or look for a bus when they have money. The nearest small community is 18 kilometers away and only jungle is broken by ranch land in between. Others say they will go north again.

“What we have seen here is the suffering of these people,” said Andres Toribio, who runs the Bethlehem Migrant Shelter in El Ceibo. “They don’t know where to stay. You don’t know how Peten is. It’s a huge territory. People think they’ll be in a town in 20 minutes, but Santa Elena is the closest town and it’s 108 miles. “

He said that since the flights began through the US, his accommodation has been burdened by the newcomers in addition to the usual deportations by the Mexican authorities. He estimated that he had expelled 4,000 migrants from Mexico here in the past eight days.

“We have space for 30 people. We got 100 yesterday, ”he said. “We’re talking about those who drive Mexico’s immigration out and who send them on the (US) flights every day, about 500 migrants who have been left here on the border.”

Most of them are women and children, he said. “We know that women and children are victims of all kinds of abuse on the streets in such situations.” Traffickers were also there to give bad information to migrants to prevent them from seeking help so that they could sell their services instead, he said.

When the displaced migrants board their flights in Brownsville, Texas, they don’t know where they are going. Some think of California, others of home. Some said when they got off the Mexican buses, the authorities told them that buses were waiting in Guatemala to take them back to their countries.

US Homeland Security Secretary Alejandro Mayorkas said Thursday that the new measure would make it more difficult for migrants to be expelled due to pandemic restrictions that prohibit them from seeking asylum. Migrants polled this week said they had not been asked by the US or Mexican authorities if they needed protection.

The US has previously flown Mexican migrants deep into Mexico to prevent them from re-entering the US, but this is the first time they have been flying Central Americans to southern Mexican cities like Villahermosa and Tapachula.

According to a US official who was not empowered to publicly discuss the matter and spoke on condition of anonymity, the government starts flights 24 times a month in the hope that they will ramp up. Mexico agreed to support efforts in the face of tension between the government and Central American governments and their reluctance to accept more direct deportation flights from the United States.

Maritza Tepata arrived in El Ceibo with her two children, ages 3 and 8, on Wednesday after starting the day in Brownsville. On Friday she was working in a diner doing dishes, scrubbing floors and waiting for customers with a Nicaraguan migrant. In return, she received food for her family, but was otherwise not paid.

She had fled El Salvador because a gang had threatened her for not making extortion payments. Tepata, 26, had tried to reach Los Angeles.

In addition to her children, she was traveling with her mother, who, however, had been separated by US authorities after crossing the border into Texas. On her flight on Wednesday, Tepata said: “I asked how many hours it would take from the USA to El Salvador, so they told me that it was not going to El Salvador, but to Mexico.”

She had paid a smuggler $ 14,000 to cross it and now faced a debt that she could barely repay without reaching the United States

United Nations agencies and human rights organizations this week expressed concern about the new US measures. Without screening migrants for what they were fleeing, governments may put them at risk.

“You didn’t ask me anything,” said Tepata. “I left my country because we were blackmailed, my children’s father didn’t help me … I emigrated to give my children a better future.”