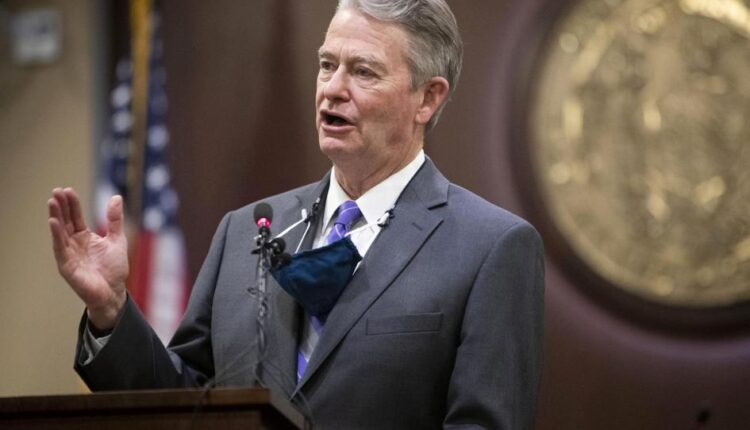 An updated economic forecast describes COVID-19 as the “greatest risk” for the state and economy in the coming year.

The forecast was released on Wednesday by the Idaho Division of Financial Management. It is based on national level data from IHS Markit, a global economic outlook company.

Overall, IHS finds “many economic measures that point to a robust recovery in the US economy,” says the forecast. These measures include strong employment growth and an increase in personal income, as well as moderate inflation rates. After rising 8.6 percent in 2021, Idaho personal income is expected to grow only 1.1 percent over the next year. In the next four years, however, this is expected to increase to an average of around 5.2 percent per year.

Likewise, Idaho non-farm employment is expected to increase from about 793,000 this year to 895,000 by 2026. Inflation is expected to remain constant at around 2.1 percent over this period, and U.S. gross domestic product growth is expected to exceed 4.2 percent.

However, this sustained recovery could slow down somewhat as consumer confidence rises due to a resurgence of COVID-19 infections.

“IHS points out that the greatest risk to economic prospects is the course of the pandemic,” the forecast reads.

On the flip side, the likely passage of a $ 1 trillion federal infrastructure investment bill, passed in the Senate this week and passed by the House of Representatives later this month, could boost the economy even further. The next nationwide economic forecast is due to be published in January.

The Division of Financial Management also released its sales figures for July on Wednesday. The state started fiscal year 2022 the same way it ended fiscal year 2021: by collecting more tax revenue than expected.

This included $ 192 million in sales tax, $ 20 million more than the prior-year period. An additional $ 16.1 million was added through individual income tax surveys, with the remainder being corporate income and other taxes.