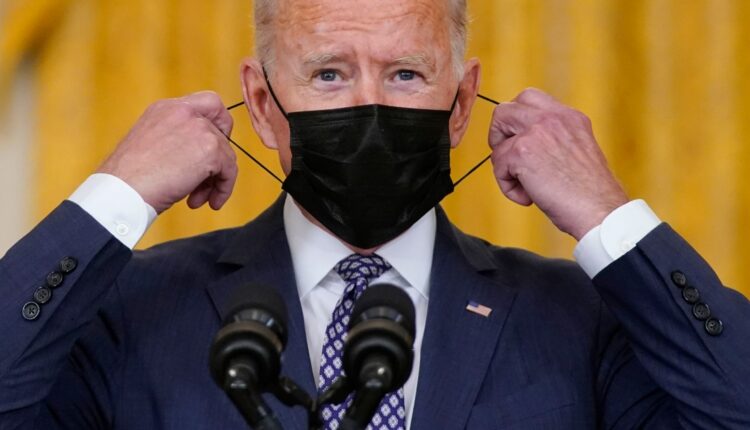 U.S. President Joe Biden will meet with some of the country’s biggest CEOs on Wednesday to bring more coronavirus shocks into Americans’ arms.

With the rapidly spreading delta variant of the coronavirus headwinds to economic recovery in the United States, President Joe Biden will meet with some of the country’s biggest CEOs on Wednesday as part of an effort to get more stings in America’s arms.

The meeting, which the White House says will include heads of Walt Disney Co, Columbia Sportswear, Microsoft, and Walgreens Boots Alliance, takes place less than a week after Biden announced that the U.S. Department of Labor was developing an emergency rule for companies with 100 or more employees, their employees must either be vaccinated or tested for COVID-19 weekly.

The rule would cover about two-thirds of US workers.

All of the companies attending Wednesday’s meeting have either issued vaccine mandates for their workforce or are developing them, the White House said.

Public health mandates related to COVID-19 are a partisan political soccer game in the United States in which some Republican-led states defend themselves against advice from health authorities.

Meanwhile Biden – a Democrat – Redoubled efforts to increase the country’s vaccination rate. About 54 percent of Americans are currently fully vaccinated, while 63.2 percent have received at least one dose of a vaccine, according to the U.S. Centers for Disease Control and Prevention.

The White House said Josh Bolten, president and CEO of the Business Roundtable, a trade association that represents companies with around 20 million employees, will also attend the meeting on Wednesday.

After Biden announced the new vaccine measures last week, Bolten expressed his support for them. “America’s business leaders know the importance of vaccinations and testing in fighting the pandemic,” he said in a statement. “The Business Roundtable looks forward to continuing to work with government and leaders at all levels of government to help defeat the pandemic.”